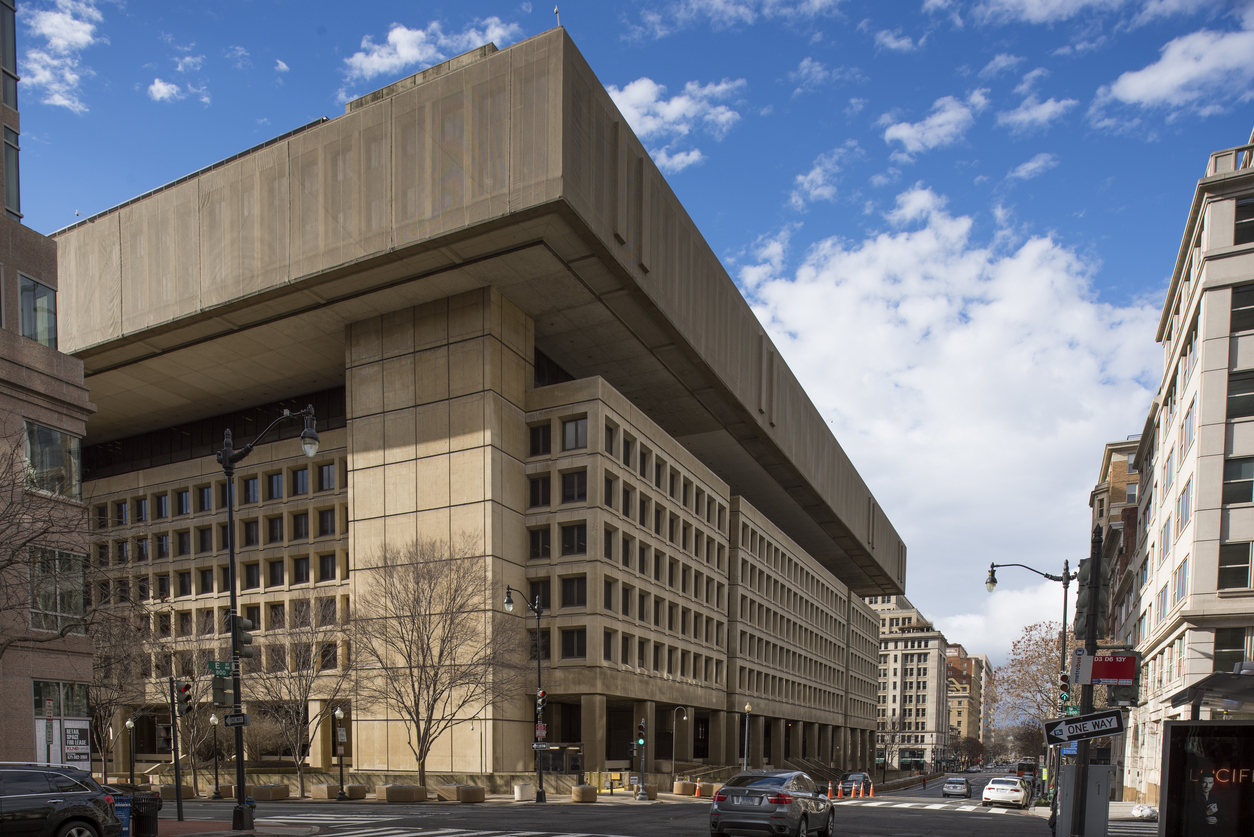 The credibility of the Federal Bureau of Investigation (FBI) was already at an all-time low in the aftermath of its “rigged investigation” into former Democratic presidential nominee Hillary Clinton.

Thanks to former attorney general Loretta Lynch and ex-FBI director James Comey, Clinton nearly waltzed into the White House after she was caught red-handed breaking the law.

“The U.S. attorney general and director of the FBI abused the public trust by politicizing an investigation into the Democratic presidential nominee – and then lied about it when they got caught,” we wrote last September.

That revelation was sad … but not surprising. We knew the Clinton investigation was rigged long before the proof ultimately came out last fall.

“Any other politician would be doing the perp walk right now – getting fingerprinted and smiling for their mug shot,” we wrote in June of 2016.  “Instead, Clinton is allowed to rage against the latest ‘vast right-wing conspiracy’ as she prepares her acceptance speech for the Democratic national convention later this month.”

Now it’s becoming increasingly clear the FBI wasn’t just working to exonerate Clinton, it appears to have been engaged in an elaborate plot to frame then-GOP presidential candidate Donald Trump.

To be clear: This news site has never been a fan of Clinton.  As we’ve often stated, we believe she was guilty as hell of deliberately violating multiple federal open records statutes – having illegally transmitted classified information over a non-secure email address.  Not only that, she repeatedly lied about it to the American people and appears to have deliberately destroyed evidence related to a federal investigation into her actions.

On the basis of that alone she should be in jail – along with all of those who covered for her.

But the latest revelations regarding the FBI – including more “missing” evidence – go even deeper into the Dark State’s failed machinations during the 2016 presidential election.  They reinforce the belief that the agency was not only conspiring to clear Clinton, but also to bring down Trump using a now-notorious discredited dossier – one funded by the Clinton campaign (and by Trump’s establishment “Republican” rivals).

“Each day brings credible reports suggesting there is a massive scandal involving the top ranks of America’s premier law enforcement agency,” noted Michael Goodwin for The New York Post.  “The reports, which feature talk among agents of a ‘secret society’ and suddenly missing text messages, point to the existence both of a cabal dedicated to defeating Donald Trump in 2016 and of a plan to let Hillary Clinton skate free in the classified email probe.”

At the center of the scandal are FBI agents Peter Strozk and Lisa Page, who conducted extensive text message exchanges while carrying on an extramarital affair with each other.  Both Strozk and Page were members of special counsel Robert Mueller‘s investigatory team – which is supposed to be probing allegations of Russian meddling in the 2016 election.  Strozk was also a member of the team “investigating” Clinton.

Why do their text exchanges matter?

Richard Manning of Americans for Limited Government (ALG) explained the significance of these interactions.

“The texts were sent in the lead-up to Robert Mueller being named a special counsel in the investigation of Russia and the 2016 presidential election,” Manning wrote in a column for Fox News this week. “The period in question – Dec. 14, 2016 to May 17, 2017 – includes several key moments in the FBI’s investigation into alleged Trump campaign-Russia collusion.”

According to Manning, the disappearance of these messages is not coincidental.

“It is beyond convenient that key pieces of potential evidence are disappearing before the American peoples’ eyes as congressional committees struggle to get answers about how the Trump campaign, transition and administration were targeted by the nation’s law enforcement and intelligence agencies,” Manning wrote. “This only fuels suspicion and further erodes public trust in these institutions.”

“If one was not already cynical about how power is wielded in Washington against political opponents, there is little left to keep public confidence intact,” Manning continued.  “The entire manner in which the Obama administration seems to have carried out its investigation into the Trump campaign – which then carried over into the transition and administration in 2017 – could turn out to be one of the greatest scandals in modern U.S. history.”

He’s right … in addition to U.S. House members threatening to release a bombshell memo related to the Deep State’s failed attempt to take Trump out, U.S. attorney general Jeff Sessions is now launching an investigation into the FBI itself.

“We will leave no stone unturned to confirm with certainty why these text messages are not now available to be produced and will use every technology available to determine whether the missing messages are recoverable from another source,” Sessions said this week.

So far, the FBI’s only response has been to blame South Korean conglomerate Samsung for “technical glitches.”

Do they really think the American people are that stupid?

The political weaponization of ostensibly impartial agencies under former president Barack Obama is obviously nothing new.  Who can forget the infamous 2013 IRS scandal, in which groups supporting limited government causes were unfairly targeted for scrutiny?

There was no accountability in that case … in large part because (shocker) key evidence went “missing.”

Will there be accountability for the FBI?

This isn’t a “he said, she said” story of a politician getting caught with his or her pants down.  Or your garden variety Capitol Hill influence peddling scandal.  Or even an election fraud case.  This is much bigger.  This is the attempted subversion of democracy using agencies that exist to uphold the law – agencies which are duly empowered to enforce the law.

This is serious, people.

Henry McMaster’s Speech: The Good, The Bad And The Tired