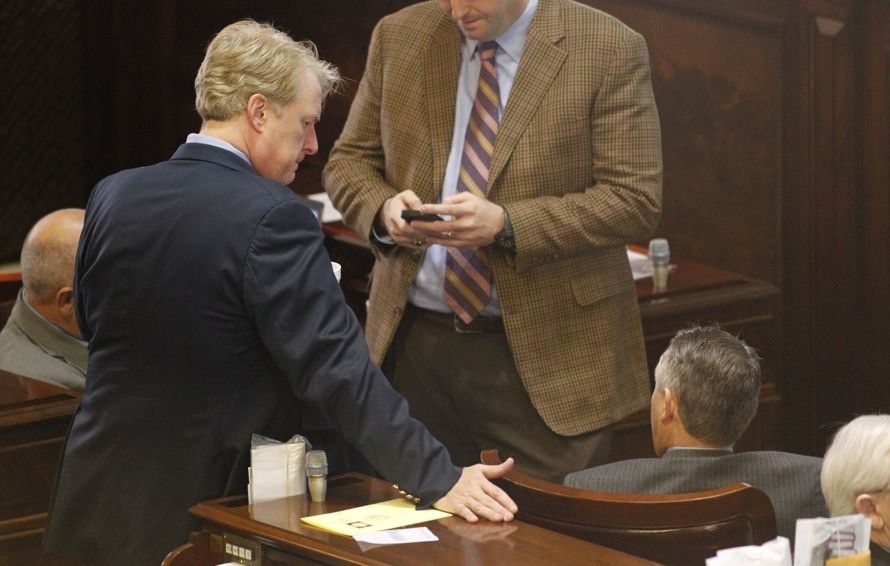 In what would be the latest shocking twist in the #ProbeGate investigation, sources tell us suspended state representative Rick Quinn is close to reaching a plea deal with South Carolina special prosecutor David Pascoe.

Quinn’s deal would mark one of the most significant – and unexpected – developments in this three-year-old investigation.

Quinn, 51, is the crown prince of “The Quinndom,” an influential political consulting empire run by his father, Richard Quinn.  The firm represents – or has represented – some of the Palmetto State’s most powerful political leaders, including U.S. Senator Lindsey Graham, S.C. Senate president Hugh Leatherman, attorney general Alan Wilson and governor Henry McMaster.

“The Quinndom” also represents – or has represented – a host of the Palmetto State’s most well-established corporate and government interests, a network of  entities which have allegedly benefited from illegal pay-to-play activities.

The Quinns and their network of influence have become a clear focus of the ongoing, multi-jurisdictional investigation into governmental corruption in the Palmetto State.  This included a March 2017 raid on one of their corporate headquarters (and the stepped up involvement of federal authorities in its aftermath).

We have since been able to confirm that this meeting – which took place in Orangeburg, S.C. – involved negotiations for a plea agreement with Quinn.  According to our sources, Pascoe’s office is hoping to announce the agreement this week.

Details of the rumored deal have yet to be revealed, but assuming it followed the pattern of previous plea agreements in this investigation Quinn would be compelled to resign his office and provide prosecutors with material information on other targets of the investigation – including targets of the federal portion of the probe.

Quinn was indicted in May on a pair of misconduct in office charges.  He has since been indicted on a criminal conspiracy charge.

According to Pascoe, Quinn is accused of failing to report more than $4.5 million worth of payments received from a host of special interests between January 1999 and April of this year.  He is also accused of steering more than $270,000 in S.C. House “Republican” Caucus funds toward his father’s consulting firm – and of participating in a conspiracy involving his father’s alleged illegal lobbying activity.

During a court appearance in Beaufort, S.C. last month Pascoe said his case against Quinn could be made in just two days – a sign that the prosecutor believes he has ample evidence to convict.

Sources close to the investigation have told us Pascoe’s case against Quinn is a “slam dunk” – and that by failing to plead, Quinn was guaranteeing himself jail time.

All along, Quinn has adamantly denied the charges filed against him and angrily denounced Pascoe for acting out of political malice.  Specifically, Quinn has argued Pascoe covets the attorney general’s office – and is using the prosecution of “The Quinndom” to take out the current occupant of that office.

Attorneys for the Quinns have also tried – and failed – to have Pascoe removed from the case.

Assuming he pleads, Quinn would become the third elected official (or former elected official) to cut a deal with Pascoe.  In October of 2014, former S.C. Speaker of the House Bobby Harrell pleaded guilty to six ethics violations and resigned his office (although he’s now reportedly eyeing a return to politics). In September of this year, former S.C. House majority leader Jimmy Merrill pleaded guilty to one criminal misconduct in office charge and resigned his seat.  More than two dozen additional charges are being held over Merrill’s head to ensure his ongoing cooperation.

Both Harrell and Merrill have been cooperating with Pascoe’s probe.

Stay tuned … this news site will continue to update our readers on the latest developments related to this investigation, which we exclusively unearthed back in September of 2014.

What a long, strange trip it’s been since then …