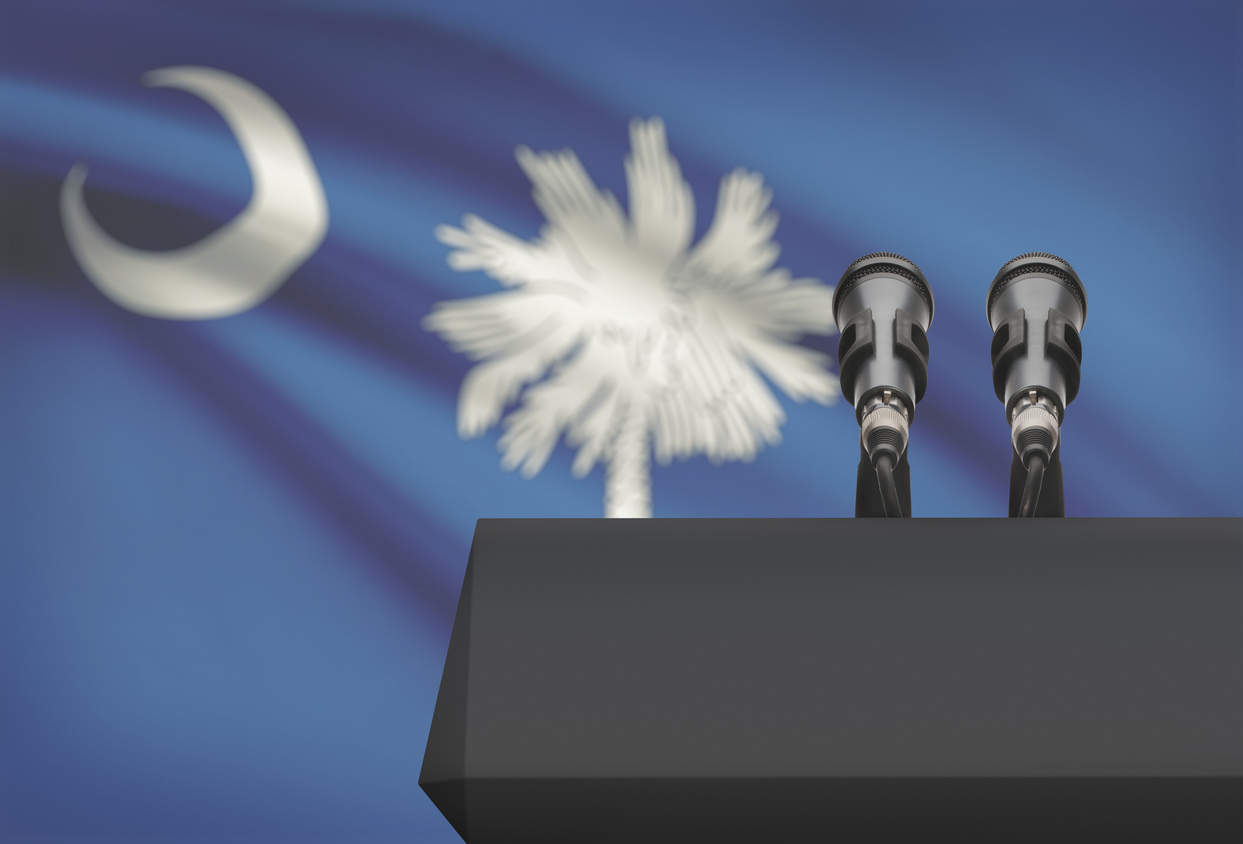 Ethically challenged state representative Todd Atwater – who recently lost his job as the leader of a left-leaning special interest organization – will announce his candidacy for attorney general of South Carolina next week, according to an event invitation obtained by this news site.

Atwater, 51, of Greenville, S.C. will make his candidacy official next Tuesday at a gathering of friends and family at his Lexington, S.C. home.

“Beth and I have some exciting news to share with our close friends and neighbors!” Atwater wrote in an email accompanying his invite.  “We will be running for the office (of) South Carolina Attourney (sic) General.”

And yes … spelling is clearly among Atwater’s many issues.

Our view of Atwater?  It’s not positive … nor should it be.

In fact, we don’t think his candidacy will get much further than his front porch.

And to be clear: We would take almost anyone over Wilson.

Atwater has been the elected representative for S.C. House District 87 (map) since 2011.  Until this year, he held that job and the title of chief executive officer of the uber-liberal S.C. Medical Association (SCMA) – a glaring conflict of interest considering SCMA’s status as a lobbyist principal.

Compounding the problem?  Atwater’s self-policing – which included what he claimed was the creation of a “Chinese Wall” between his office and his own organization’s lobbying shop.

In other words he determined what conduct was a “conflict” – and what wasn’t.

Atwater was the leader of a group that lobbied the General Assembly.  And he didn’t always recuse himself from voting on its interests.  In fact, he took it upon himself to decide for himself when he should (or shouldn’t) refrain from voting – telling the public this self-policing was okay because he had erected a “Chinese Wall” between his public and private offices back in 2010 when he was first elected.

This shady set-up is eerily similar to the sort of pay-for-play drama currently circling around the political consulting empire of embattled “Republican” advisor Richard Quinn.

As we reported earlier this year, Atwater’s ethically dubious leadership of SCMA ended in considerable controversy.  In fact, we’re told the drama associated with his ouster from that organization is enough to doom his statewide candidacy.

Furthermore, multiple state lawmakers have provided us with damning information related to Atwater’s tenure in the S.C. General Assembly.

“He was basically SCMA’s ‘in-House’ lobbyist,” one lawmaker told us bluntly.

Additionally, sources in Washington, D.C. have told us Atwater has repeatedly engaged in lobbying efforts involving members of the state’s congressional delegation as it relates to federal policy.

One of the congressmen Atwater is accused of lobbying?  Wilson’s father, U.S. congressman Joe Wilson.

This news site first exposed Atwater’s shady “double-dipping” back in 2015 when he was flirting with a bid for governor of South Carolina.  We’ve exposed it again in connection with this statewide bid, and will continue to expose it as Atwater’s campaign moves forward.

Does this mean we support Wilson’s bid for a third term as attorney general?  Hell no …

It just means Atwater is absolutely not the person to replace him.

Others don’t seem to care about Atwater’s entanglements …

“I would support a corpse over Alan Wilson,” one SCGOP leader told us.

Stay tuned … we’re told several other candidates are considering running against Wilson in the June 2018 GOP primary.  Of course given the incumbent’s cash advantage, time is of the essence.