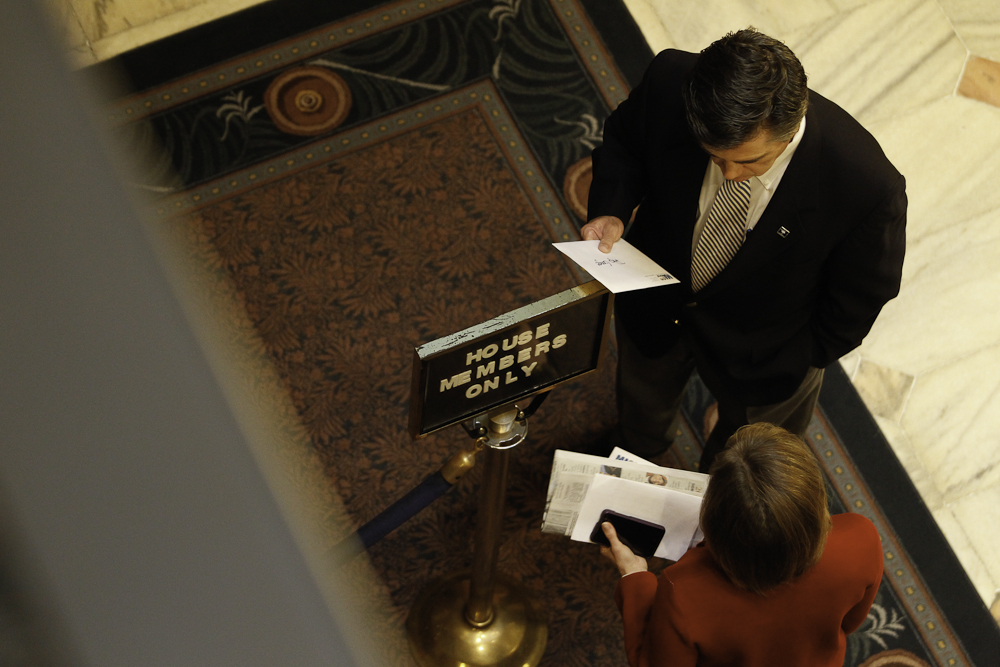 State representative Todd Atwater – who is mulling a bid for attorney general of South Carolina – is no longer employed by the uber-liberal S.C. Medical Association (SCMA).

According to our sources, he lost his $400,000-a-year gig with this organization several months ago …

What happened?  We’re told Atwater was forced from his post due to “concerns” among the lobbyist principal’s leaders that his employment there might raise ethical red flags.

“There were concerns about how it looked,” a source familiar with the situation told us.

Atwater was the leader of a group that lobbied the General Assembly.  And he didn’t always recuse himself from voting on its interests.  In fact, he took it upon himself to decide for himself when he should (or shouldn’t) refrain from voting – telling the public this self-policing was okay because he had erected a “Chinese Wall” between his public and private offices back in 2010 when he was first elected.

This news site exposed Atwater’s ethically dubious arrangement back in 2015 when he was flirting with a bid for governor of South Carolina.  And we exposed it again last week when he floated himself as a candidate for attorney general.

According to our sources, Atwater’s employer severed its ties with him several months ago but continued to pay him through a separate organization.  Eventually this “arms-length relationship” was scrapped, too.

When we attempted to obtain additional information, we were told there was “essentially a legal prohibition” against both Atwater and his former employer enjoining them from discussing the separation.

Special interests like SCMA are demonstrating a heightened awareness of ethical issues given the recent escalation of #ProbeGate – an ongoing, multi-jurisdictional investigation of criminal corruption in state government.  This investigation has already resulted in a pair of high-profile resignations of sitting lawmakers and the indictment of several other current and former legislators.