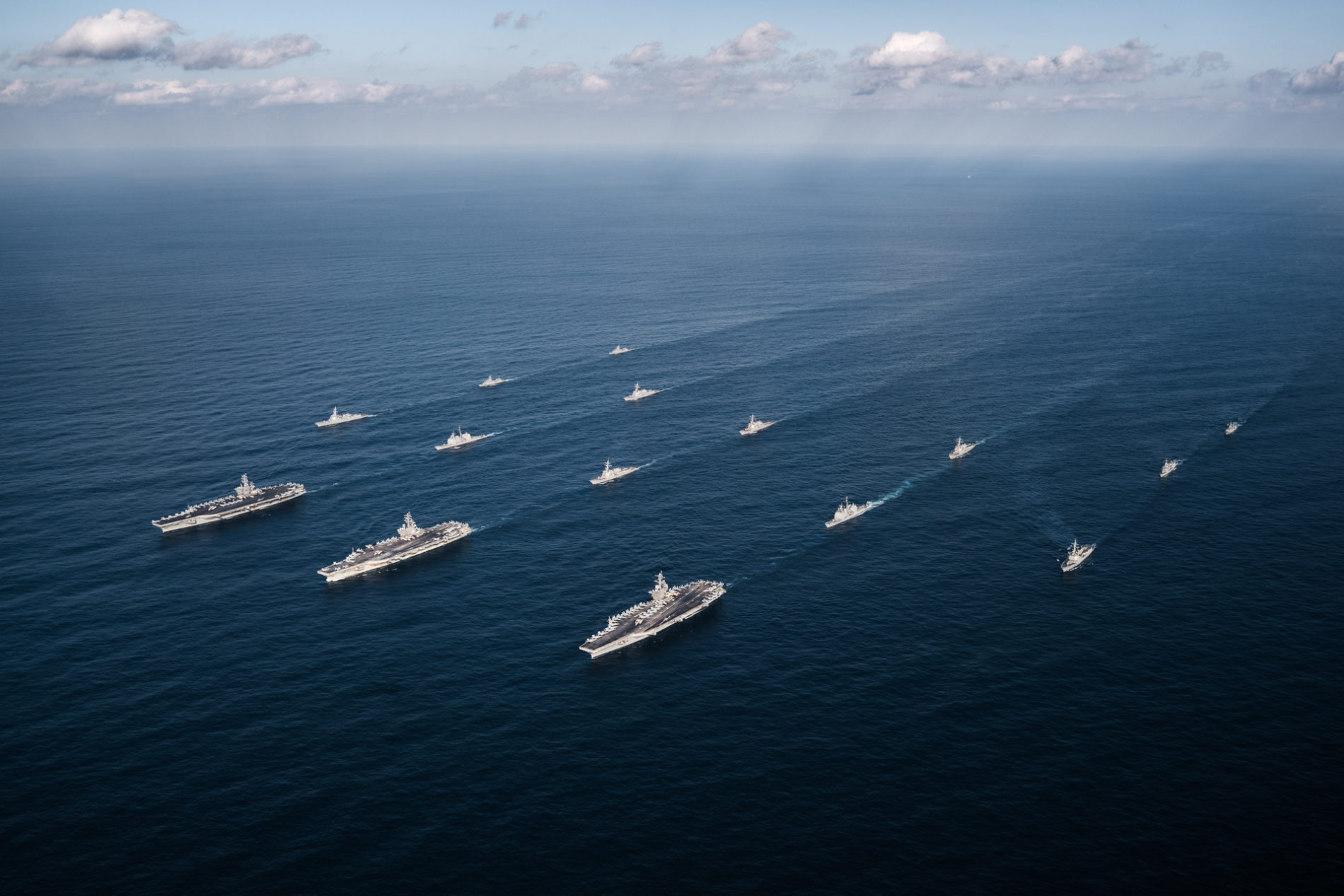 U.S. president Donald Trump has sent three aircraft carriers – and a nuclear submarine – to the western Pacific Ocean this week in a show of force against socialist monarch Kim Jong Un of the Democratic People’s Republic of Korea (a.k.a. North Korea).

Officially, the Navy says the ships are in the region to showcase America’s “unique capability to operate multiple carrier strike groups as a coordinate strike force effort.”

Their real purpose?  Intimidating North Korea’s irascible leader, who has defied America and the world with the steady escalation of his nuclear program.

“We sent three of the largest aircraft carriers in the world (to the Korean Peninsula) and a nuclear submarine is also positioned,” Trump said upon arriving in South Korea last week as part of his Asian swing.

The USS Ronald Reagan, USS Theodore Roosevelt and USS Nimitz were each deployed – along with their strike groups – to the region last week.  According to the Navy, it’s the first time in more than a decade that three carriers have participated in joint exercises. 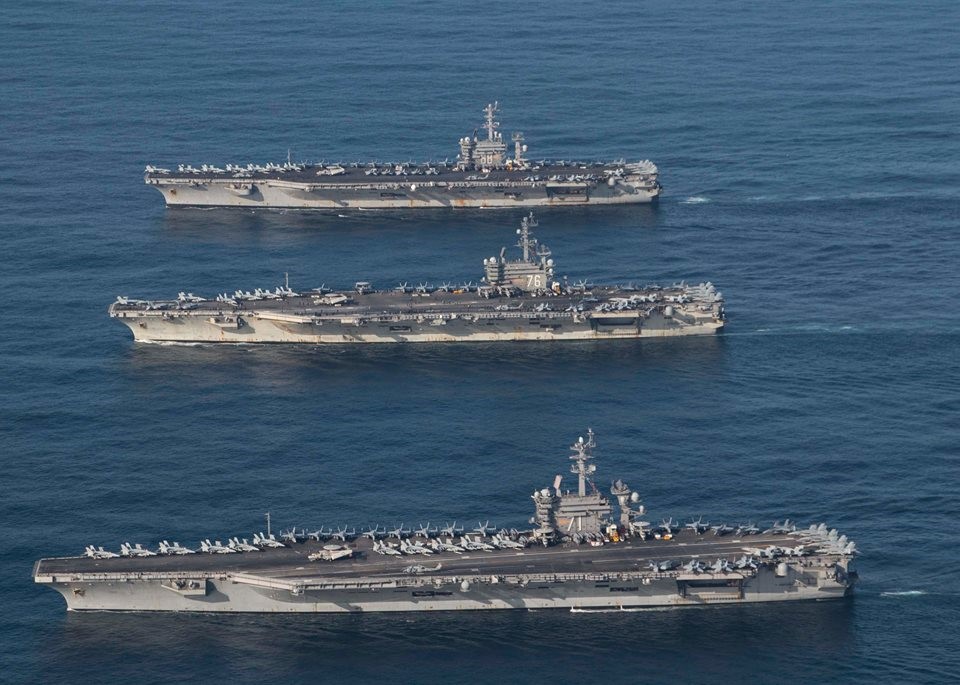 “Multiple carrier strike force operations are very complex, and this exercise in the Western Pacific is a strong testament to the US Pacific Fleet’s unique ability and ironclad commitment to the continued security and stability of the region,” admiral Scott Swift, commander of the U.S. Pacific Fleet, said in a statement.

Trump has been engaged in a war of words with North Korea’s dictator for months as the DPRK has continued to ramp up its nuclear program.  According to multiple reports, Kim’s regime is receiving assistance from a Ukrainian regime installed in 2014 by an American-backed coup.

Funny how global interventionism has a way of backfiring, doesn’t it?

“The U.S. has great strength and patience but if it is forced to defend itself or its allies, we will have no choice but to totally destroy North Korea,” Trump told the United Nations (UN) general assembly back in September.

Kim has not been shy when it comes to talking trash, either – blasting America’s ambassador to the UN (Nikki Haley) as a “prostitute.”

Will these American exercises have the desired effect of intimidating North Korea? 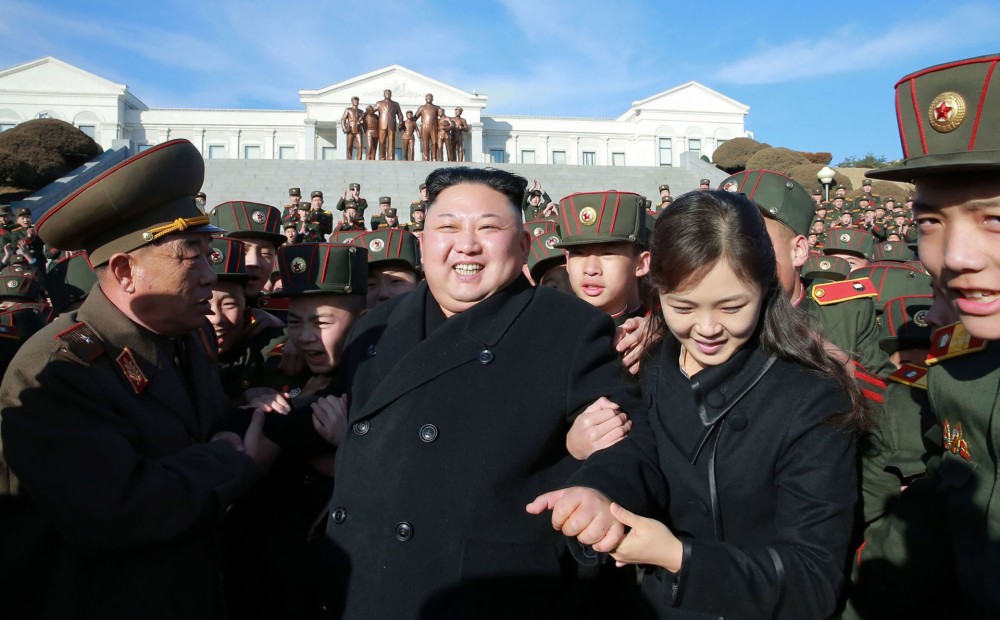 Kim Jong Un is insane … and as we’ve noted on numerous prior occasions, “you can’t fix crazy.”  In fact absent a clear and present danger to America, its citizens or legitimate global interests … why try?

This news site’s view on the North Korean situation has remained unchanged for years.

Of course were it to became clear that one of North Korea’s “ends” was launching a preemptive strike against America, our belief has always been that the U.S. military should strike first.

We also support the development of a defensive capability against these strikes, and are frankly disappointed in the lack of progress America has made on that front.

Seriously, taxpayers shell out hundreds of billions of dollars on national defense (including the “defense” of other nations) but we can’t get this technology down?