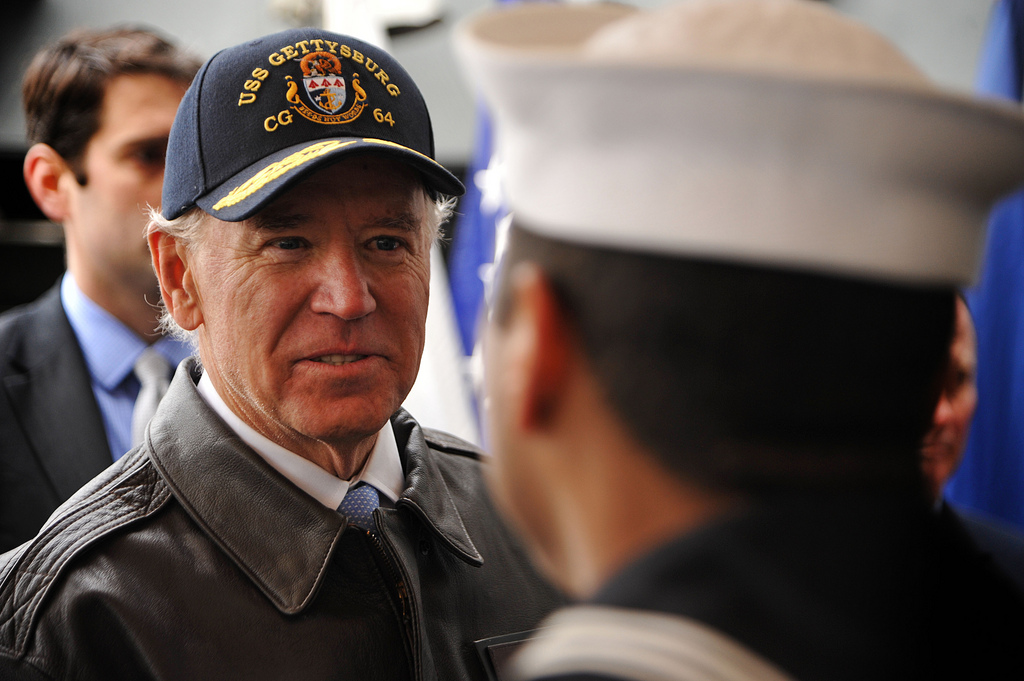 The 74-year-old Democrat – who has a reputation for being a bit handsy with the ladies – said this week he is leaving the door open for a possible White House campaign in three years time.

“I honest to God haven’t made up my mind about that,” Biden said on the Today show.

“I’m not closing the door,” he later added.

Biden flirted with a presidential bid in 2016 but ultimately decided against it.  Also, it’s probably worth noting that he sounded considerably surer of himself back in January when the subject of his presidential prospects last made news.

The veteran Democrat – who served as vice president from 2009 to 2017 and U.S. Senator from Delaware for more than three decades prior to that – would be 78 years old on election day 2020.

Biden has occasionally bucked liberal orthodoxy, including his opposition to the universal basic income proposal.  He has considerable support among establishment Democrats – many of whom believe he could have beaten U.S. president Donald Trump last fall.

Speaking of Trump, it’s looking increasingly likely that he will face a “Republican” challenger in 2020 – possibly former Massachusetts governor Mitt Romney, who is currently eyeing a U.S. Senate campaign in Utah as a potential stepping stone to a #NeverTrump White House bid.