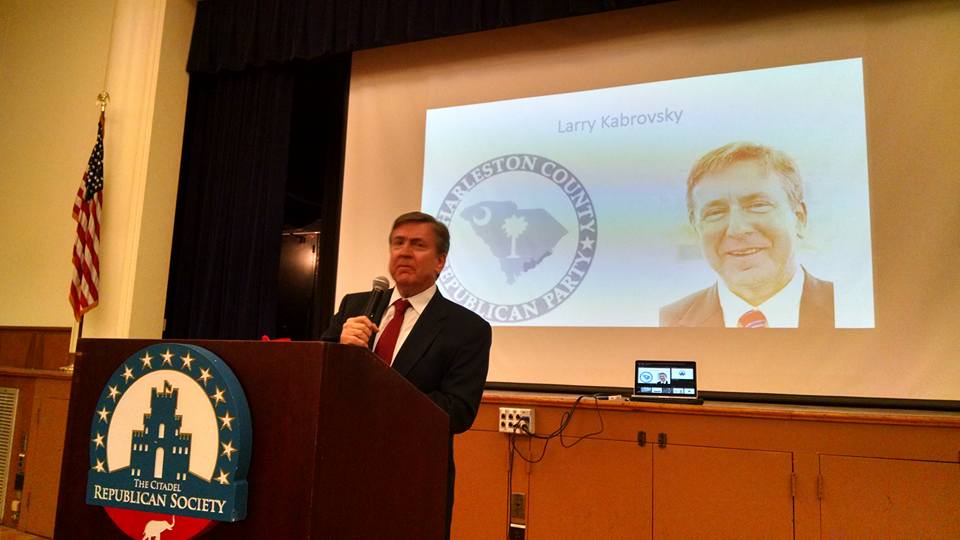 We wrote several months ago about Kobrovsky’s contemplated candidacy, but sources familiar with his plans indicate he is inching closer to jumping into the GOP primary race – which is currently a head-to-head battle between Sanford and first-term state representative Katie Arrington.

Arrington actually out-raised Sanford during the most recent fundraising quarter, and has been the focus of considerable buzz among party faithful.

In a head-to-head race against the beleaguered incumbent, Arrington stands a better-than-average chance of pulling off the upset – especially given then extent to which Sanford dramatically underperformed expectations in his GOP primary election last spring.

No wonder Sanford is scared …

With Kobrovsky in the race, though, Sanford could receive a new lease on his political life – which is why Kobrovsky is already being referred to as a “Sanford plant” in some Lowcountry circles.

“(He is running) as a stand-in candidate,” one source close to the race told us, arguing Kobrovsky would siphon votes away from Arrington’s candidacy.

Publicly, Kobrovsky is no friend to Sanford.  In fact we’re told his prospective campaign would feature harsh criticism of the former two-term South Carolina governor – who won a special election to the U.S. House in 2013 after his presidential dreams were dashed by a 2009 sex scandal (and subsequent interpersonal implosion).

Don’t be fooled, though …

Kobrovsky’s words may target Sanford, but his presence in the race – assuming he jumps in – would be a Godsend to the scandal-scarred “Luv Gov.”

“For Sanford, the more opponents the merrier,” we noted in discussing this race recently.  “If numerous challengers file for this seat, it dilutes the vote against him and makes it more likely he can prevail in his bid for reelection.”

Sanford has never been more vulnerable …

In addition to his anemic fundraising performance, he has been dogged by reports of a lingering campaign finance scandal (rumored to involve ongoing illegal activity) as well as unresolved allegations of child abuse involving his young niece.  As of this writing, a S.C. State Law Enforcement Division (SLED) investigation into the mysterious June 2016 incident involving Sanford and the grammar school-aged girl remains open.  Meanwhile, sources close to a family court case involving the girl’s parents tell us a Lowcountry judge has barred the former governor from having any contact with her.

Stay tuned … if Kobrovsky indeed decides to run, we’ll be sure to update our readers with that information.

Josh Kimbrell: Did Donald Trump Have Another Luther Strange Moment?