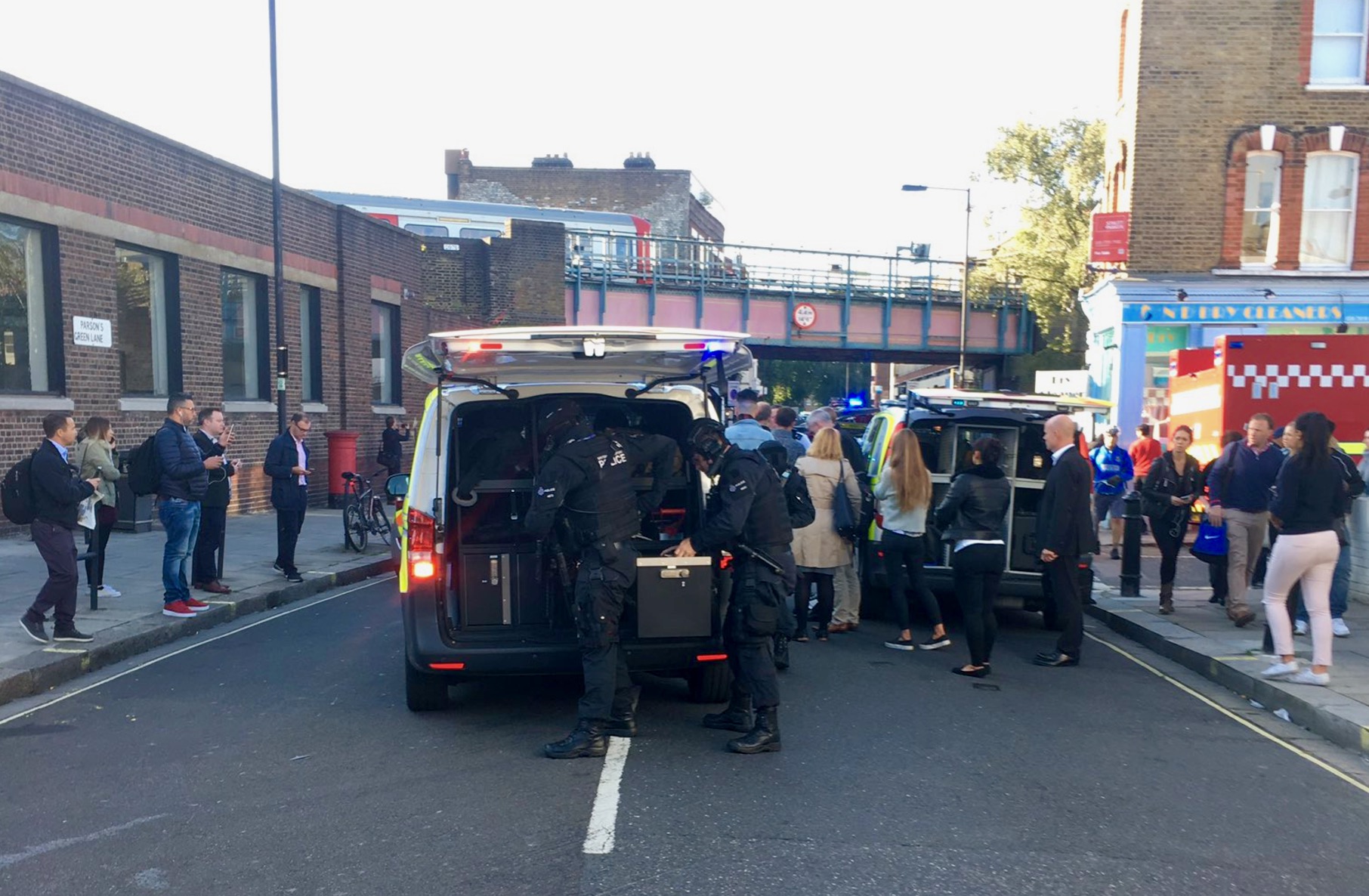 An explosion was reported on a train located at the Parsons Green station shortly after 8:20 a.m. local time, multiple British media outlets are reporting.  Nearly two dozen people were reportedly injured in connection with the attack.

So far, no fatalities have been reported.

“I heard a really loud explosion – when I looked back there appeared to be a bag but I don’t know if it’s associated with it,” one passenger told The Guardian.  “I saw people with minor injuries, burnings to the face, arms, legs, multiple casualties in that way. People were helping each other.”

Other witnesses described the sources of the detonation as a “bucket” – one they believe failed to fully detonate. 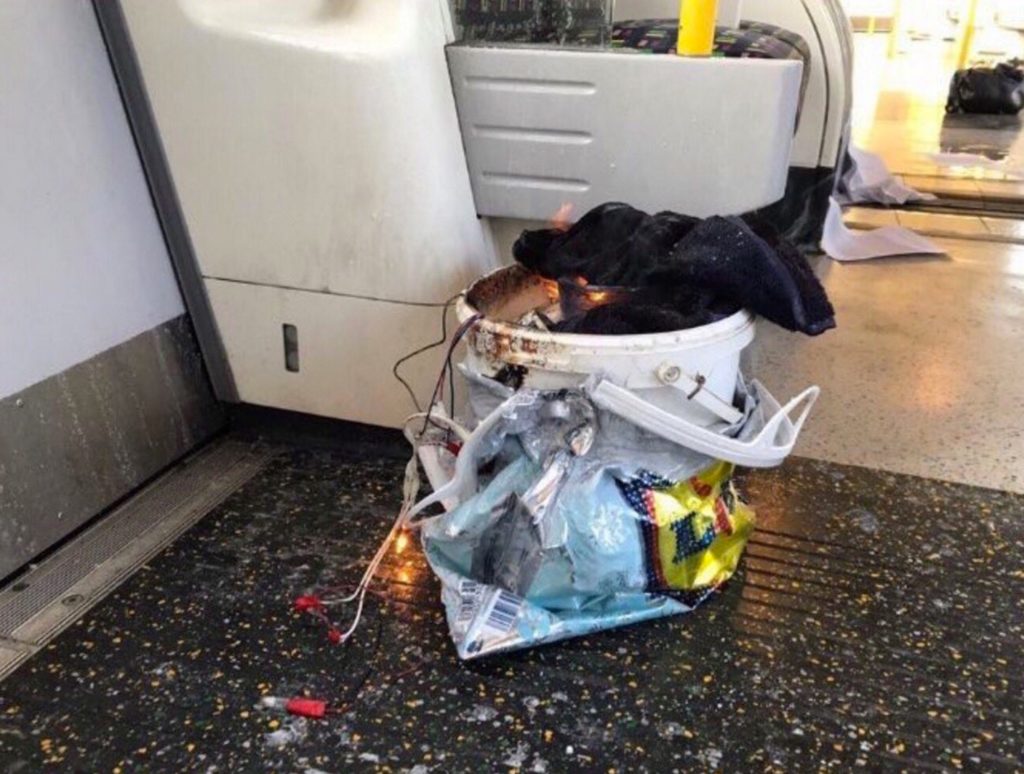 That certainly looks like an improvised explosive device (IED) to us …

London has been rocked by terror attacks twice already this year.  In June, three masked terrorists drove a white van at speeds of more than fifty miles per hour into pedestrians on the London Bridge – killing seven people and wounding dozens more.  In March, four people were killed and more than twenty injured on the streets of London in another terror attack involving a vehicle.

Meanwhile in May, twenty-two people were killed in a terrorist bombing in Manchester.

British prime minister Theresa May vowed after the June attack to target radical Islamic terrorism both at home and abroad, saying “enough is enough.”

“We cannot allow this ideology the safe space it needs to breed,” May said at the time. “That means taking military action to destroy ISIS in Iraq and Syria.  But it also means taking action here at home. While we have made significant progress in recent years, there is – to be frank – far too much tolerance of extremism in our country.”

Obviously this situation will be developing throughout the day …

Donald Trump To UN: Total Destruction Of North Korea Is On The Table