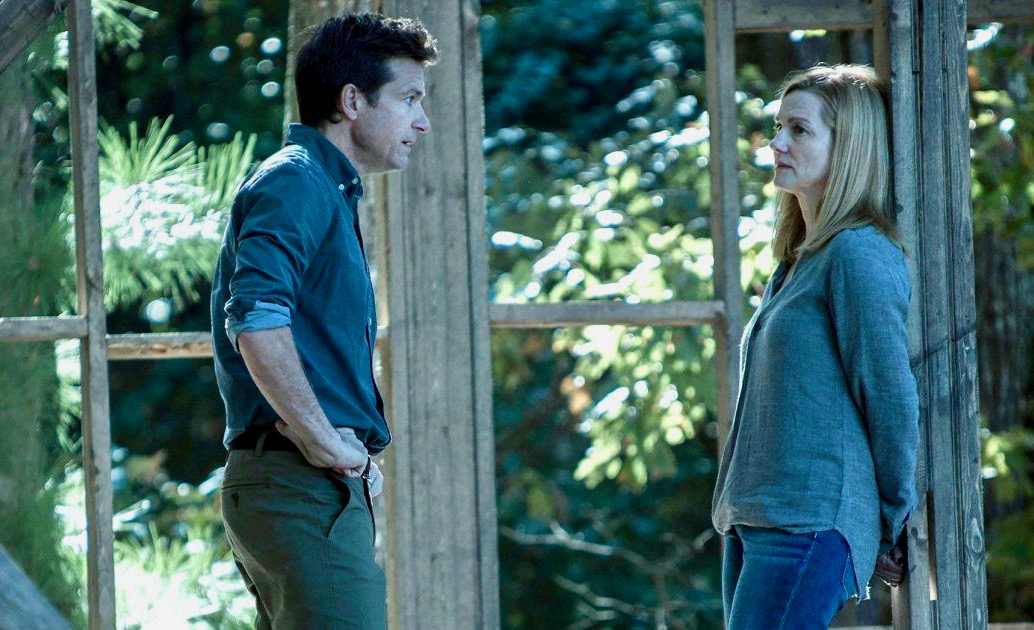 By WILL FOLKS || So we’ve got four days until Hurricane Irma comes through and pretty much wipes out the entire east coast of our country.

Naturally the most important thing to focus on right now is … what to binge watch before we lose power for potentially days on end.

Seriously … we’ve got to enjoy these first world problems while we’re still a first world country.  Because let’s be honest, the clock is ticking (<- and that’s not a reference to the hurricane).

My recommendation?  Ozark, a brooding new Netflix drama that stars (and is also produced/ occasionally directed by) Jason Bateman.  Panned by some critics as a somewhat formulaic “fish out of water” offering, I found the series to be anything but …

Ozark is darkly engaging and deceptively original – gaining genuine plot tension and dramatic depth over the course of its ten-episode first season.  And I’m not just saying that because it dropped my favorite new Radiohead song “Decks Dark” as the outro for its debut episode.

I do love that song, though …

Ozark tells the story of a seemingly straight-laced financial planner named Marty Byrde (Bateman) who is forced to relocate his family from the Chicago suburbs to rural Missouri – specifically the Lake of the Ozarks, a massive, serpentine-shaped reservoir located in the central part of the state.

Byrde, his wife Wendy (portrayed by Laura Linney) and their two children are compelled to make this unwelcome trek as part of what ultimately becomes their family business: Laundering millions of dollars of drug money for the leaders of Mexico’s second-largest drug cartel.  As the Byrdes attempt this monumental and dangerous undertaking, their efforts draw the attention of undercover federal law enforcement agents and (more perniciously for the protagonist family) an assemblage of homegrown criminals eager to get in on the laundering racket – over the Byrdes’ dead bodies, if need be.

I won’t go into much more detail because I don’t want to spoil it for those of you interested in watching, but the show is honestly one of the best things I’ve seen on the small screen since Amazon’s Man in the High Castle.

It also gets better as it goes …

Released earlier this summer, Netflix ordered a second, ten-episode run of Ozark last month – just three weeks after it debuted.  Of interest, the series wasn’t filmed in Missouri.  The vast majority of its scenes were actually filmed on Lake Allatoona and Lake Lanier in Georgia.

Why?  You guessed it … film credits.

RELATED: WHY BLOODLINE IS RUNNING OUT

Not everyone likes the show, of course. THR‘s Daniel Fienberg dissed it as “pulp masquerading as prestige” while The New York Times mocked some of its villains as “Southern Gothic stereotypes.”

Wait … The Times is sticking up for rednecks?

In fact Erik Adams of The AV Club gave the show a “C-,” saying it “plays like a computer program’s idealized hybrid of Breaking Bad, Narcos and Justified.”

Overall, the series has drawn a Metacritic score of 67 (with an 8.4 user score) and a 65 on Rotten Tomatoes’ (with a 93 percent audience rating).

My recommendation?  Check Ozark out and decide for yourself … but hurry.  Irma’s coming.