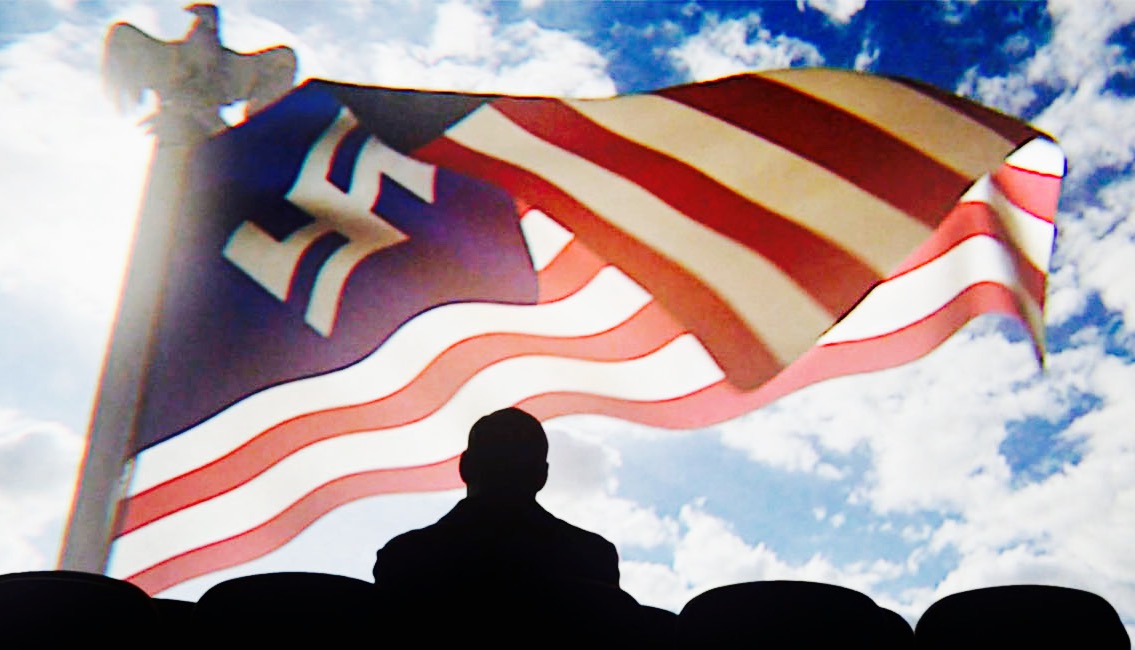 What if the Axis powers had won World War II?

Conventional wisdom holds that Nazi Germany was a defeated nation from the moment its troops launched their blitzkrieg into Poland on September 1, 1939.  Obviously Adolf Hitler‘s armies scored stunning victories over the next two years – conquering nearly the whole of Europe – but the Nazi warlord badly bungled the Third Reich’s military execution and dramatically overextended his nation’s capacity to wage war in the process.

When Hitler failed to take out the Soviet Union in the winter of 1941, he was finished – it was only a matter of time.

What if, for example, Hitler had successfully taken out the Royal Air Force (RAF) in the Battle of Britain (something his Luftwaffe was on the verge of doing before he inexplicably redirected their efforts toward civilian bombings)?

What if the Nazi Wehrmacht had smashed the British Expeditionary Force (BEF) in France in May of 1940 – which it was on the verge of doing before Hitler issued his infamous “stop” order of May 22 (enabling 350,000 British troops to escape across the English Channel)?

What if Hitler had continued his nation’s “new weapons” programs in 1940 instead of scrapping them – operating under the mistaken belief that the war was over?

What if Hitler’s invasion of Soviet Russia – codenamed Operation Barbarossa – had been launched as scheduled in May of 1941 and not nearly two months later (subjecting the German Army to an especially harsh Russian winter)?  And what if Hitler had not vacillated about the main thrust of this invasion – and instead targeted Moscow from the beginning as the Soviets’ communications and infrastructure nerve center?

Beyond these tactical mistakes, what if Hitler had followed the lead of the Allied powers and allowed German women to work in his factories during the war – relieving critical labor shortages?  Or succeeded in convincing Spain and Turkey to enter the war on the side of the Axis?  Or declined to declare war against the United States in December of 1941?

There are a litany of other “what ifs” to contemplate, but the conclusion is clear: The Axis powers – while theoretically outmanned and outgunned by the Allies – had every opportunity to win World War II.

They just didn’t recognize and/ or seize those opportunities … 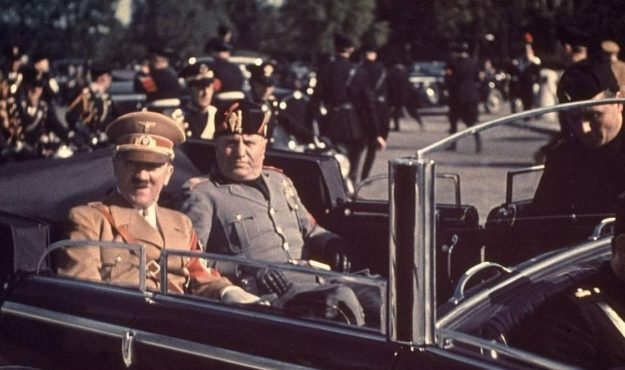 What if they had, though? What would our world look like?

This is the dystopian alternative history advanced with chilling effect by The Man in the High Castle, an Amazon original series produced by Ridley Scott‘s studio, conceptualized by Frank Spotnitz, and starring the stunning American actress Alexa Davalos.

Based on the 1962 novel of the same name by Philip K. Dick, The Man in the High Castle assumes an Axis victory in World War II and a German/ Japanese occupation of the continental United States.

An uneasy alliance exists between the two victorious powers – who govern their respective spheres of American influence with mass conformist propaganda and brutal repression of dissent.

Here is the series’ trailer …

Critically acclaimed and commercially successful, The Man in the High Castle is Amazon’s most-watched original series ever – although in a nation overflowing with easily-stoked outrage and hyper-sensitive political correctness, some have found it offensive.

“The governor ordering the ads pulled is exactly the kind of government control the show warns about,” The Federalist observed in response to Cuomo’s diktat.

The Man in the High Castle provides precisely such a warning.  Its central narrative – that of a small band of liberty-minded people fighting to reclaim their freedom from an oppressive government – ought to be at the forefront of everyone’s mind in modern day America.

In fact, we would argue the central theme of this series – an impoverished (but unbroken) band of patriots standing up to repressive “leaders” with no respect for individual rights – is delivered every bit as adeptly and forcefully as the first film in The Hunger Games series.

Davalos’ performance in particular is positively riveting.  And not just because of the 34-year-old actress’s striking beauty, either.

Davalos’ impassioned portrayal of resistance leader Juliana Crain epitomizes the unbreakable spirit of genuine resistance – channeling the inherent righteousness of the struggle for freedom with the same urgency and effectiveness as Jennifer Lawrence‘s portrayal of Katniss Everdeen. 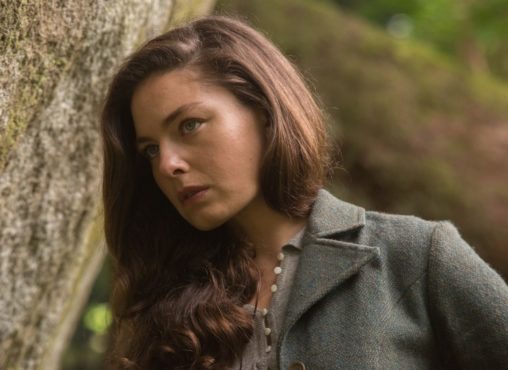 On the flip side the show’s chief villain – Obergruppenführer John Smith (portrayed by British actor Rufus Sewell) – is as smooth, sexy and sinister a national socialist sadist as you’re ever going to encounter.

His character is cut from the same cloth as Reinhard Heydrich, the diabolical real-life Obergruppenführer who unleashed a reign of terror in Eastern Europe prior to his assassination in June of 1942.

Heydrich was referred to by Hitler as “the man with the iron heart” – and is infamous in world history as the architect of the deportation and genocide of Jews in Nazi-occupied lands.

We won’t give away any spoilers from the series, but it is a brilliantly conceptualized, masterfully executed work of art – right down to Swedish songbird Jeannette Olsson‘s chilling rendition of “Edelweiss,” the Richard Rodgers/ Oscar Hammerstein ballad from The Sound of Music which opens each new episode.

WHAT ARE YOU WATCHING? Got a show you’d like us to review? Email us your recommendation here …