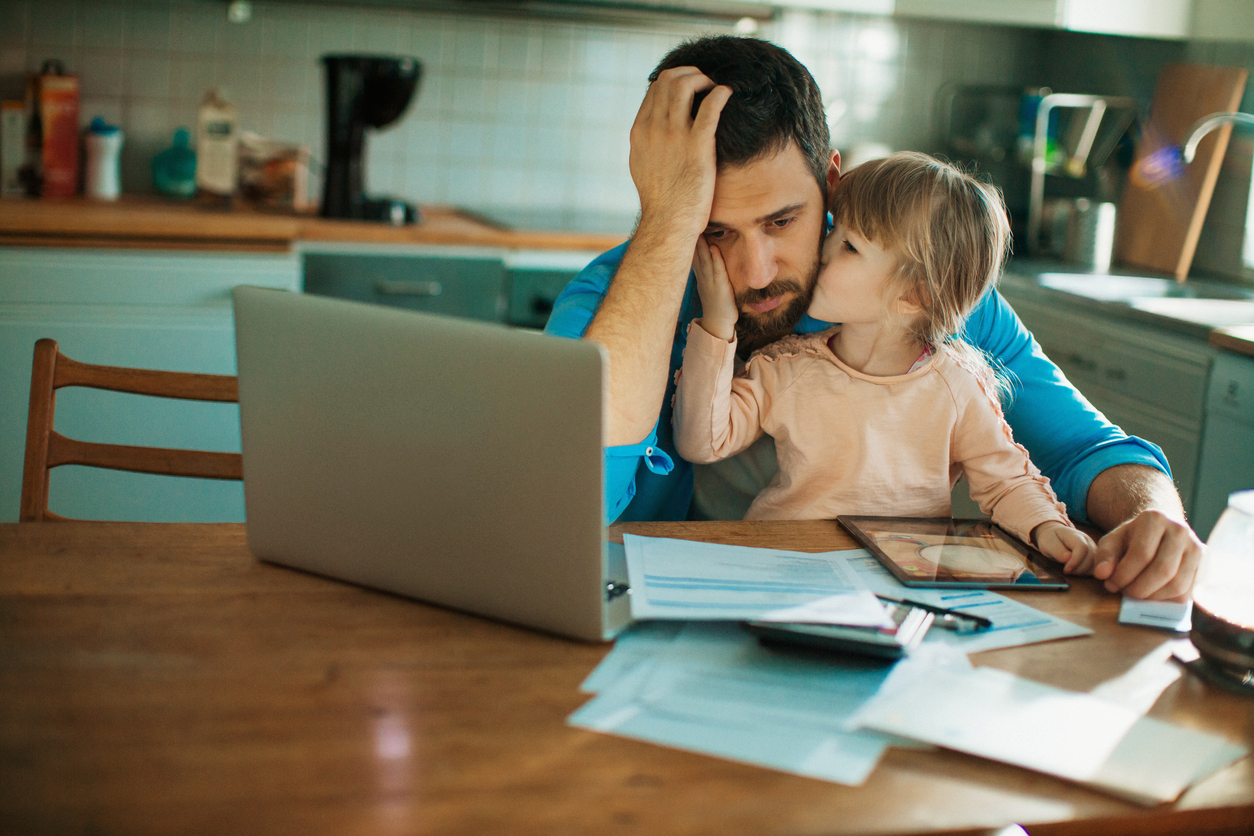 According to the secretive central bank’s quarterly debt report (.pdf), aggregate household debt climbed for the twelfth consecutive quarter to $12.84 trillion between April to June of this year.  That’s up $114 billion from the first quarter of 2017 and up $552 billion from a year ago.

Here’s a look at the historical trend lines … 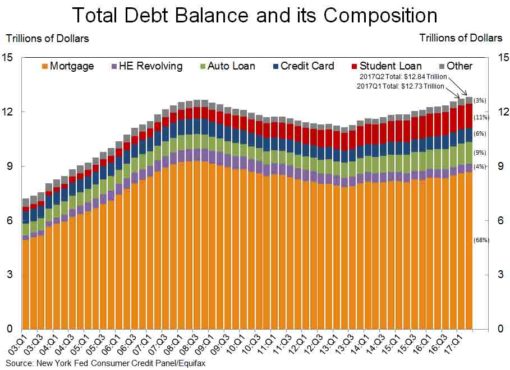 Of particular concern is the rapidly inflating higher ed bubble (the red debt).  Unlike defaulted mortgages – or cars that can be repossessed – this particular bubble will leave no tangible assets when it pops (other than misplaced snowflake rage).

Not all debt is bad debt, though.  The expansion of credit fuels economic growth – so long as people can obtain (and keep) jobs that allow them to pay off their mortgages, car loans and credit card bills.

However, with stagnant growth now on the verge of entering its second decade … that’s becoming increasingly difficult.

Which leads us to the warning issued by the Federal Reserve in connection with this latest debt report.

“The current state of credit card delinquency flows can be an early indicator of future trends and we will closely monitor the degree to which this uptick is predictive of further consumer distress,” Haughwout said in a statement.

According to our friends at Zero Hedge, that statement is “the first official warning by the Fed that the US consumer is sick.”

“Timestamp it, because this will certainly not the be the last time the Fed warns about the dangerous consequences of all-time high credit card debt,” the website added.

U.S. president Donald Trump – whose election was preceded by sixteen consecutive years of anti-competitive federal policies (and eight years of socialism) – is doing his best to try and spin things in a positive light, but the fact remains the fundamentals of the American economy are weak.  And will stay that way unless the “Republican” Congress begins reversing those anti-competitive policies and advancing free market reforms.