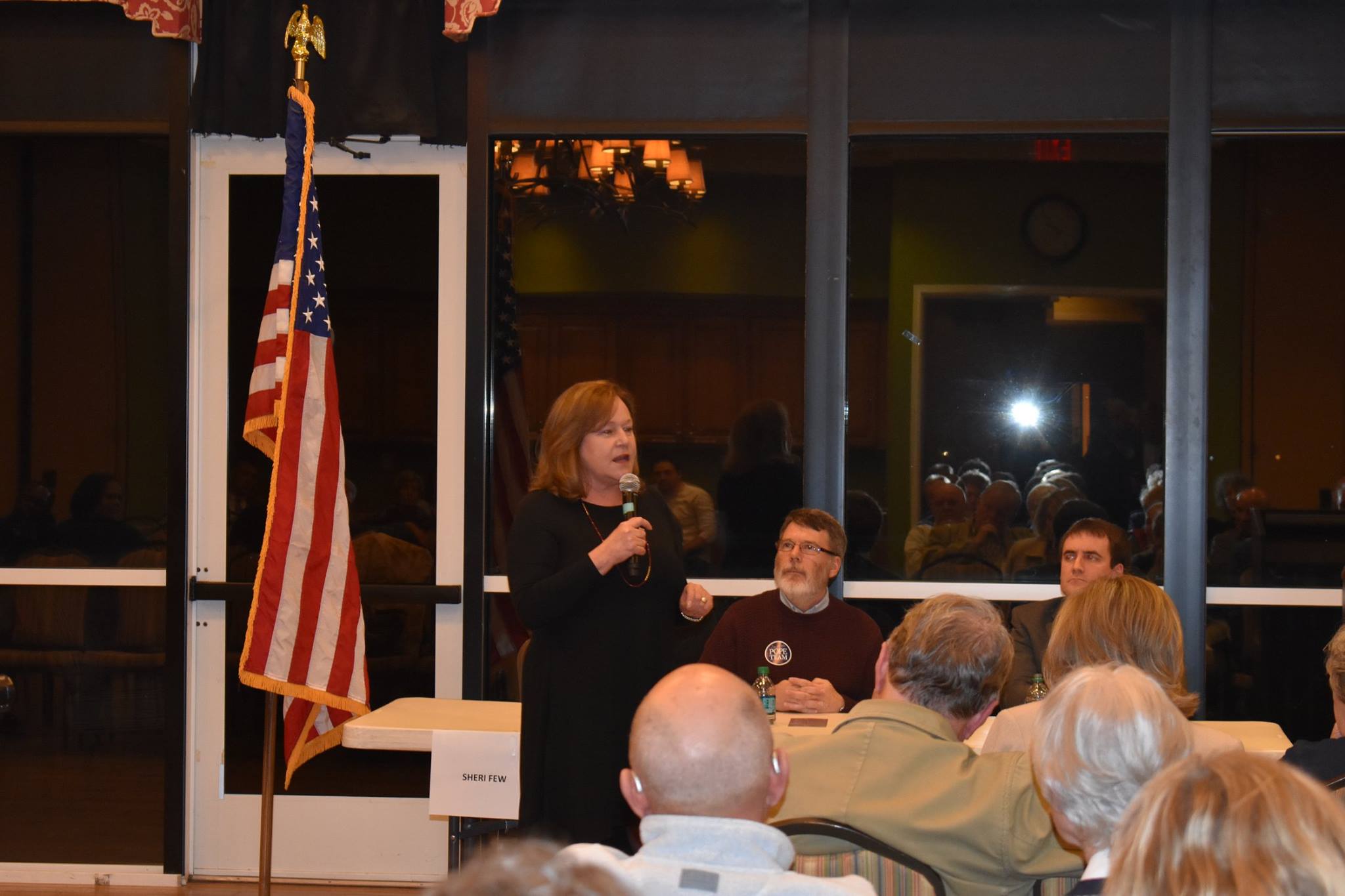 It’s not an endorsement per se, but social conservative activist Sheri Few says she will be casting her vote in next week’s “Republican” congressional runoff election for former S.C. Rep. Ralph Norman.

That’s according to Few’s campaign … which finished a disappointing fifth in last week’s first round of GOP balloting for the Palmetto State’s fifth congressional district.

Few fed voters a steady diet of red meat on multiple hot-button issues during this election – but only received 1,930 votes for her effort, or 4.9 percent of all ballots cast in this “Republican” primary race.

Meanwhile, Norman ran neck-and-neck with S.C. speaker pro tempore Tommy Pope, drawing 11,808 votes (30.07 percent) compared to Pope’s 11,943 votes (30.41 percent).  Because neither candidate was able to eclipse the fifty percent mark, they will slug it out a bit longer in the “Fightin’ Fifth” – with the winner taking on Republican, errr “Democratic” nominee Archie Parnell, a Goldman Sachs tax attorney from Sumter, S.C.

That race will be held on June 20, with the winner filling the seat vacated back in February by Mick Mulvaney – who gave it up to become director of the White House Office of Management and Budget (OMB).

Norman has already received the endorsement of fourth-place GOP finisher Chad Connelly, a social conservative from Prosperity, S.C. (and former chairman of the S.C. Republican Party).  Connelly drew 5,546 votes (14.1 percent) during last week’s primary election – a disappointing response given his status as one of the early frontrunners in this race.

Third-place finisher Tom Mullikin – a businessman from Camden, S.C. and leader of the South Carolina Guard – has yet to say whether he plans on endorsing during the runoff election.  Mullikin drew 7,759 votes – or 19.8 percent of GOP ballots cast.

The fifth district (map) covers the northern central portion of South Carolina.  It has been reliably “Republican” since it was redrawn prior to the 2012 elections.  Odds are it will stay that way as the GOP more than doubled up Democrats in turnout last week.

Banner via Sheri Few for Congress