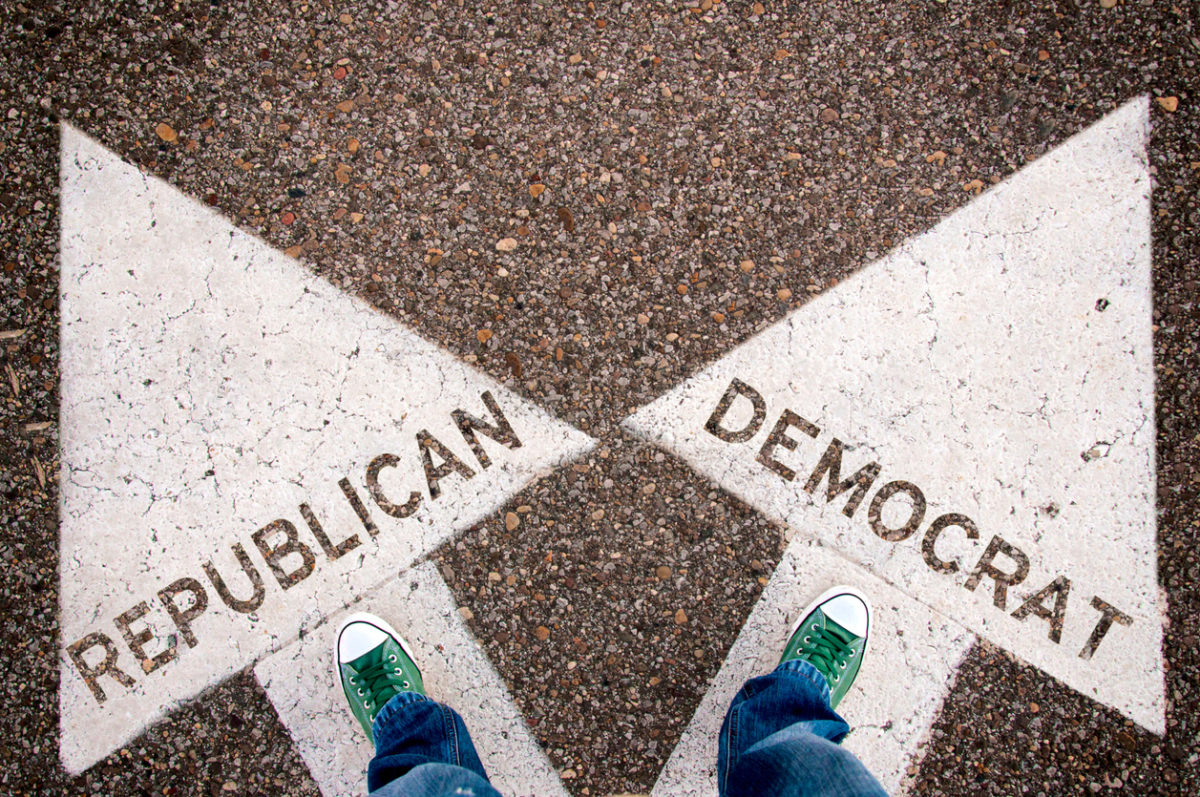 Does he use the GOP bathroom?  Or the Democratic one?  Or both?

Archie Parnell – the leading Democratic candidate in a South Carolina special election for the U.S. Congress – originally planned on going to Washington, D.C. as a “Republican.”

We know, we know … what’s the difference between the two major parties these days, right?

Exactly … there is none.

Especially not in South Carolina, where the GOP-controlled legislature is the very embodiment of “tax and spend” fiscal liberalism.

Accordingly, it’s not surprising to learn that Parnell contacted the South Carolina Republican Party in early 2017 seeking information on participating in the GOP special primary election for the state’s fifth congressional district.  This is the seat that became vacant in February when its former occupant, Mick Mulvaney, was confirmed by the U.S. Senate as director of the White House’s Office of Management and Budget (OMB).

Parnell, a Sumter, S.C. tax attorney who works for Goldman Sachs, called the party on January 3 and requested to speak with SCGOP chairman Matt Moore.

Moore confirmed the conversation this week.

“Yes he reached out to us and inquired about running in our primary,”  Moore told us.

Moore called Parnell back – and even received a nice “thank you” email from the future candidate following their conversation.

Six “Republicans” eventually filed for this seat – but Parnell and two others filed as candidates for the Democratic nomination.

Parnell’s campaign reported bringing in an impressive $243,000 during the recently concluded fundraising period – and stands to see a massive influx of donations in the event he wins the Democratic nomination for this June 20 special election.

Democrats are working hard to convince national donors – most of them hardcore liberals – that the fifth district is poachable for them.

But then again it doesn’t really matter based on the way “Republicans” are behaving in Washington, D.C. these days.  Democrats are rolling the GOP left and right in our nation’s capital right now – putting on a clinic when it comes to governing in the “minority.”

Anyway, the fifth district (map) covers the northern central portion of South Carolina – including the booming suburbs of Charlotte, N.C.  Mulvaney captured it for the GOP in 2010 – defeating then-U.S. House budget committee chairman John Spratt in the Tea Party wave election.   The district has been reliably Republican since it was redrawn prior to the 2012 elections – which is one reason Democrats had trouble getting top prospects (like S.C. Rep. Mandy Powers Norrell) to consider running for the seat.

There’s also the recent Trump surge to consider … a wave of new GOP support (or lapsed GOP support) that shaded this district an even deeper shade of Republican red.

We reached out to Parnell’s campaign to get a response regarding his flirtation with a GOP bid but didn’t immediately receive a response.  If that changes, we’ll let you know.

UPDATE: We just received the following response from Parnell’s campaign …

“Archie never thought about running for office as anything other than a Democrat, and he talked with Democrats, Republicans, and independents across the state before entering the race.  Archie is a lifelong Democrat, running as a Democrat, backed by Democrats. He worked for Pug Ravenel’s gubernatorial campaign in 1974 and on the Democratic staff of the House Ways & Means Committee for years. He has always voted for Democrats for president, and recently fought against Donald Trump’s health care proposal. This is just the Republicans running scared because they know people in SC-5 are rallying behind Archie and his message of lowering taxes for families and taking on the big corporations who are ripping us off.”