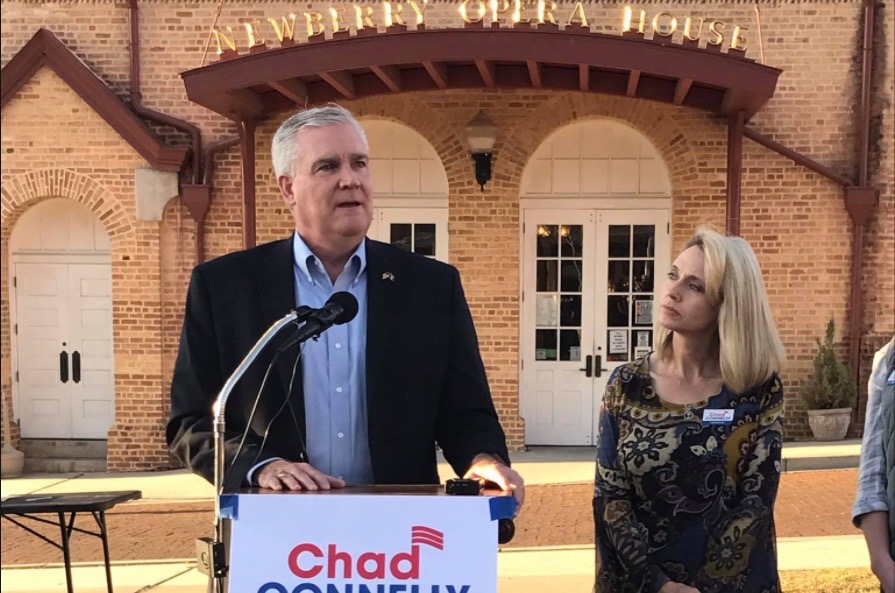 A Connelly spokesman did not immediately respond to our request for comment.

Connelly finished fourth in this “Republican” primary election last Tuesday, drawing only 14.1 percent of the vote.  That was an incredibly underwhelming outcome given the social conservative’s status as one of the early frontrunners in this race.

What was the undoing of Connelly’s congressional aspirations?  It was several things, actually …

First and foremost, the votes just “weren’t where (Connelly) was,” to borrow a term used by one of the consultants in this election.  Connelly hails from tiny Prosperity, S.C. – a small town in Newberry County that lies on the southwestern corner of this district.  Of the nearly 40,000 people who showed up to vote in the GOP primary last week – less than 2,000 of them were in Connelly’s home county.

Meanwhile nearly two-thirds of the ballots cast came from the southern suburbs of Charlotte, N.C.  There, Norman ran neck-and-neck with S.C. speaker pro tempore Tommy Pope, the other “Republican” who is still standing in this race to fill the seat vacated back in February by Mick Mulvaney – who resigned to become the director of the White House Office of Management and Budget (OMB).

Another problem for Connelly?  As we exclusively reported just two weeks prior to election day, he was still on the payroll of the Republican Party when he became a candidate in this race – raising questions of propriety and making his “outsider” spin seem disingenuous.

Connelly also had to contend with a far right social conservative activist named Sheri Few – who thumped her Bible every bit as hard (if not harder) than he did during the recent campaign.  Our guess is the 4.9 percent Few drew on primary day came directly out of Connelly’s hide.

Most importantly, Connelly basically ran out of money as the race approached its homestretch, allowing Pope, Norman and Camden, S.C. businessman Tom Mullikin to dominate the airwaves during the final critical days of the campaign.

Mullikin – who finished in third place with 19.8 percent of the vote – has yet to issue an endorsement in the race.  Odds are his support would likely be much more impactful than Connelly’s, although in low turnout races like this one you just never know what’s going to move the needle.

One GOP pollster indicated a Connelly endorsement might actual pack more value than one from Mullikin.

“Chad’s people are coming back for sure,” the pollster told us.  “(Mullikin)’s support was real … but soft in the sense that it was gained through television in the past three weeks.”

Pope and Norman finished in a dead heat in this race – with Pope collecting 11,943 votes (30.41 percent) and Norman drawing 11,808 votes (30.07 percent).  Because neither candidate was able to eclipse the fifty percent mark, they get to slug it out for two more weeks in the “Fightin’ Fifth” – a district that saw a monumental Trump surge last fall.

Prior to joining the White House staff, Mulvaney had represented the fifth district since January of 2011 – defeating U.S. House budget committee chairman John Spratt in the Tea Party wave election of 2010.  After easily beating back a low-budget GOP primary challenger last spring, Mulvaney thrashed a well-funded Democratic challenger by more than twenty percentage points in the 2016 general election.

Democrats attracted just 18,709 voters to their primary last week – less than half of the GOP turnout.  That makes efforts by the Palmetto State’s perpetual minority party to #FlipTheFifth highly unlikely.

Pope and Norman face off in their runoff election on May 16.  The winner goes head-to-head against Parnell (and several third party candidates) in the special election on June 20.   The winner of that race will become South Carolina’s next congressman.