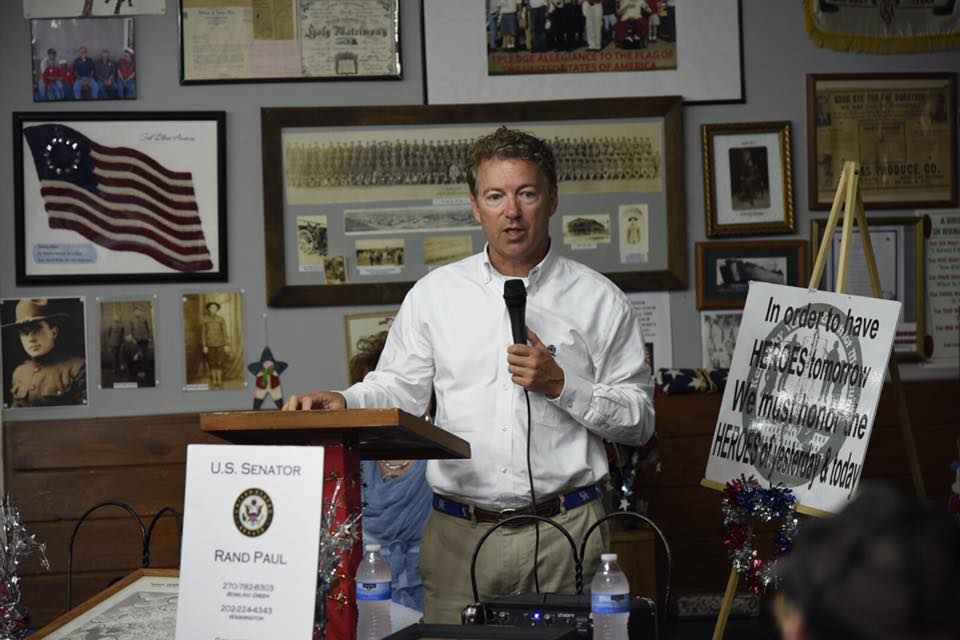 This website has been especially critical of Rand Paul in recent years.  He ran an utterly ridiculous (and tragic) presidential campaign … a race that expressly repudiated some of our favorite things about him.

Paul paid the price for his backsliding, too …

Anyway, the Kentucky politician is back on the side of the angels this week – calling out the increasingly reckless rhetoric of America’s foremost warmonger, U.S. Senator John McCain.

Earlier this week McCain accused Paul of “working for Vladimir Putin” – the latest installment of the “Russia hacked the election” fear-mongering that may very well be a concoction of the Dark State’s increasingly proficient spy apparatus.

Paul, who certainly seems typecast for the wilting violet role, wasn’t having it …

Paul went on to say that McCain’s decision to “call someone somehow an enemy of the state or a traitor might be considered by most reasonable people to be a little over the top.”

That’s putting it kindly.  McCain and his warmongering buddy, U.S. Senator Lindsey Graham, have been spouting founts of full-on crazy for years – except nobody ever calls them out for it.

Having dispensed with the name-calling, Paul got down to the heart of the issue: McCain’s wafer-thin justification for wanting to provoke another World War in Europe (a.k.a. the Nikki Haley model of international diplomacy).

“I think that there is a bipartisan consensus that’s incorrect that we should have the whole world be in NATO,” he said.  “For example, if we had Ukraine and Georgia in NATO – and this is something McCain and the other neocons have advocated for – we would be at war now because Russia has invaded both of them.”

Yeah … which is exactly what McCain and Graham want …

Even those who defended McCain when he was blistered by then-GOP presidential candidate Donald Trump were livid at his attack on Paul.

“I have happily defended John McCain against scurrilous charges about his patriotism and heroism,” author Matt Welch noted.  “To see him go rhetorically McCarthyite against a fellow American for having the temerity to disagree with his often questionable foreign policy judgment is one of the most disgraceful moments of his long career.”