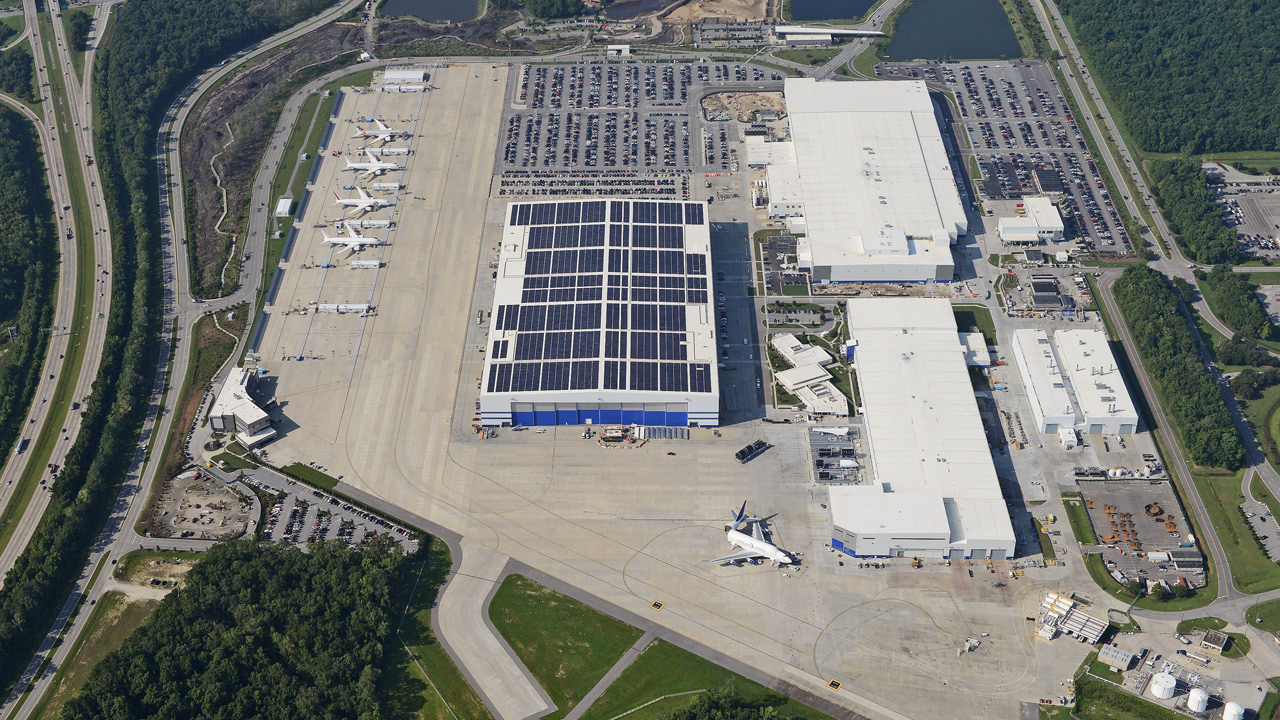 Donald Trump wouldn’t be president today were it not for GOP primary voters in South Carolina – who delivered a stirring rebuke of their state’s political establishment almost exactly one year ago today.

Trump’s emphatic “First in the South” victory propelled him to the Republican presidential nomination and, ultimately, to an upset victory over Democrat Hillary Clinton last November.

At every step of the way, though, Trump has had to battle against establishment Republicans …

That’s why it was exceedingly curious that Trump’s first visit to South Carolina as president – to celebrate the rollout of a new jet at North Charleston’s Boeing manufacturing facility – left many of his allies on the outside looking in.

Meanwhile many of his enemies – like #NeverTrump U.S. Rep. Mark Sanford – enjoyed coveted seats and VIP access at a reception with Trump set up by the company and the S.C. Republican Party.  This reception was filled with Palmetto politicians and political operatives (and their friends and relatives) – the vast majority of whom campaigned aggressively against Trump during the 2016 primary.

Sanford’s presence in particular enraged Trump backers – especially seeing as the ink was barely dry on a new national interview in which the former two-term South Carolina governor bashed the president in no uncertain terms.

“He represents the antithesis, or the undoing, of everything I thought I knew about politics, preparation and life,” Sanford said of Trump in a Politico interview which ran the same morning that the president arrived in North Charleston.

Sanford went on to say in the article that Trump has engaged in a pattern of lying “over and over and over again, wherein facts don’t matter and you can just make up anything.”

Of course the 56-year-old congressman – who still fancies himself as presidential timber – was among those #NeverTrumpers cozying up to the new president at the Boeing event.

“I was honestly shocked to see Sanford talking to Trump today while I’m watching the f*cking event on television,” said one formerly well-placed Trump ally. “I knew about it over a week ago and asked to attend.  I even had lawmakers who supported Trump ask for help in getting me in.  I was told it was going to be a fifteen-minute private event that was only open to Boeing employees.”

This Trump supporter said he passed along that information to other people who also wanted tickets – “and now I look like a goddamn fool.”

“But somehow half of the state’s establishment showed up with written invitations,” the source added. “And somehow they got invited to a private reception beforehand with Sanford and all the other #NeverTrumpers.” 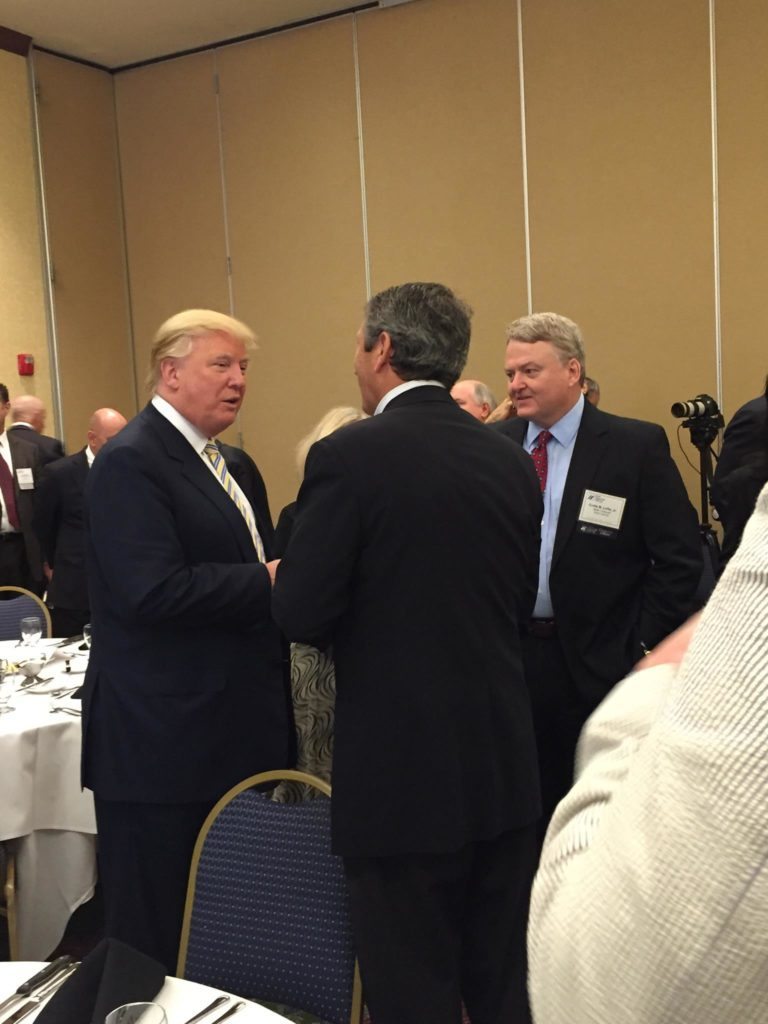 Does that seem fair?  Hardly …

“Donald Trump wouldn’t have been introduced today as ‘President Trump’ without South Carolina – and yet somehow those in this state who were responsible for holding off the wolves that (got invited) to his table today became the ‘forgotten men’ he claims were never going to be forgotten,” our source added.

“As long as he sticks to his policies I don’t really give a damn, but it is infuriating to see all these clowns that worked so feverishly against him now clamoring over him like a 12-year-old at a Justin Bieber concert,” the source said, referring to the arrangements for Trump’s first presidential visit to the Palmetto State as “either grossly inept or horribly arrogant.”

Among the high-profile Trump backers dissed?  Former S.C. lieutenant governor André Bauer, one of the president’s first “First in the South” supporters.

“He has done more to support Trump than anyone else in the state,” one of Bauer’s allies told us, adding “it is unbelievable that the ones who contributed the most and worked the hardest were not invited – people like you (referring to FITSNews founding editor Will Folks), André and the money donors.”

This website – which endorsed Trump in the primary and general election – was not granted media access to the Boeing event.  Of course we didn’t ask for access, either.  And as for Folks, well, his last visit to Boeing was … contentious.

As for Trump’s contributors, one of them- Susan Chapman – gave his campaign $8,000 but received no invitation to the event.  Another donor who was dissed told us she was amazed Chapman and several other early Trump financial backers were snubbed.

“We are curious why Trump supporters were ‘trumped,'” she said.  “All the establishment was there.  Hardly any true Trumpers.  It’s the principle of the thing.”

We reached out to Gerri McDaniel, Trump’s top grassroots organizer in South Carolina, to find out what happened.

“The SCGOP held the tickets,” she told us – but then later said “it was Boeing” that limited access.

“Only 200 people outside of Boeing employees got invited,” she said.  “Boeing set it up.  We had no control.” 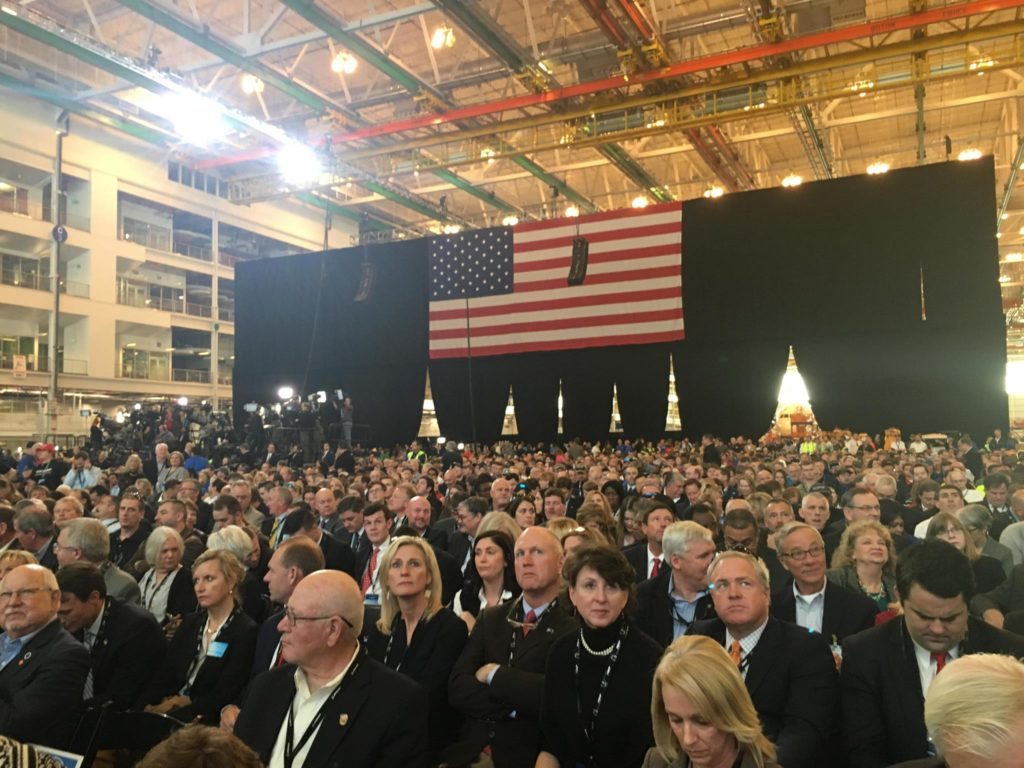 Trump’s 2016 South Carolina chairman, Ed McMullen, addressed the fiasco in a message to GOP activists – saying the event was “a Boeing celebration.”

“Great news is the president said ‘I really love SC’ and we know he will be back early and often so he can personally thank our Team Trump hard workers soon,” McMullen wrote in the message to activists.

According to our sources, McMullen was not aware until he arrived at the Boeing facility on Friday morning “that the event had been opened to people other then Boeing employees.”

“Boeing never let (McMullen) know they had seats to fill,” one Upstate GOP activist familiar with the situation told us. “A Boeing employee knew the SCGOP chairman and called him. Ed didn’t know about that.” 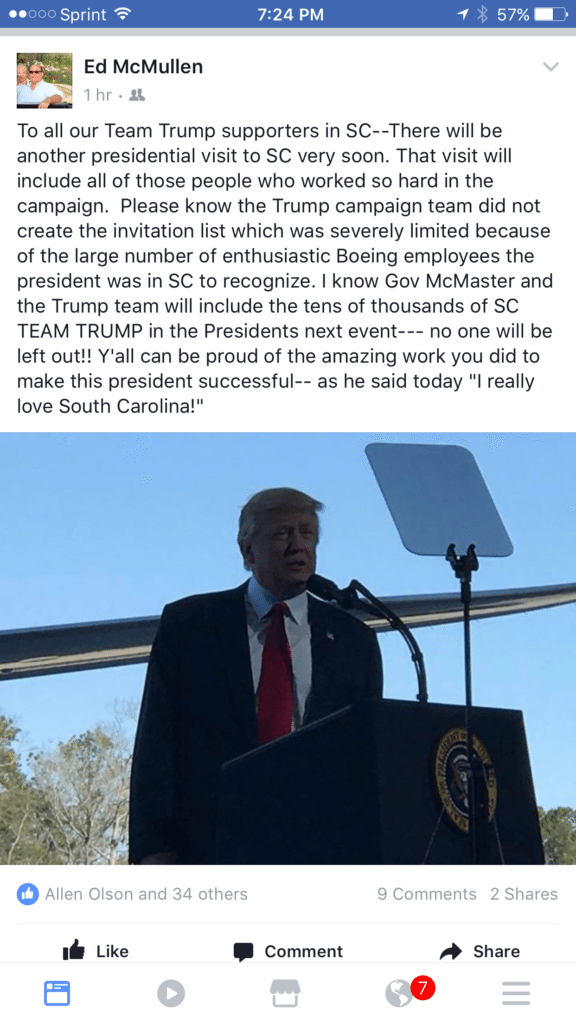 Needless to say, not everyone was sold – or soothed by this explanation.

“So Boeing is to blame?” one irate Trump backer told us, referring to McMullen’s post. “Somehow f*cking Boeing got the entire GOP establishment list and managed to arrange not only a massive event but also a VIP reception with lawmakers and GOP establishment hacks?”

“Boeing offered the GOP tickets to the event today,” a senior Republican party official told us, adding the party “did what Boeing asked.”

And what did Boeing ask of the party?

“That we fill 250 seats,” the party official said.  “Gerri McDaniel knew about it too so she sent folks our way.  We assumed (McMullen) and crew knew about it.  Sounds like they did.”

Anybody spotting the pattern?  Everybody’s pointing the finger of blame in the direction of somebody else.

Speaking only for ourselves, we’ve never placed much stock in being invited to events like this.  Had we been granted media credentials for the presidential visit, we probably would have accepted them – just like we accepted a media invite to tour Trump’s plane a few years back prior to him announcing his presidential candidacy.

It was fun.  We had a good time.  And a good one-on-one chat with Trump.

Still, “access” has never mattered all that much to us because let’s be honest – we’ve never needed it to get the scoop on what goes down at these gatherings.

Accordingly, it never really occurred to us to ask for credentials to this event – and it certainly didn’t occur to us to make a big production out of not being invited.

Having said that, there are thousands of people in the Palmetto State who went “all in” for Trump very early on in the 2016 presidential primary process – people who gave freely of their time, talents and financial resources to not only support his candidacy, but also to protect him from the slings and arrows of the state’s Republican establishment.

Which was going for Trump’s jugular the whole time …

It makes perfect sense, then, that many of these early Trump supporters were livid after getting left out in the cold on his first presidential visit to the Palmetto State – and even more livid that the seats they should have been occupying instead went to #NeverTrumpers like Sanford who are still bashing Trump and blocking his agenda in Washington, D.C.

Bitter Dems Turning On Each Other