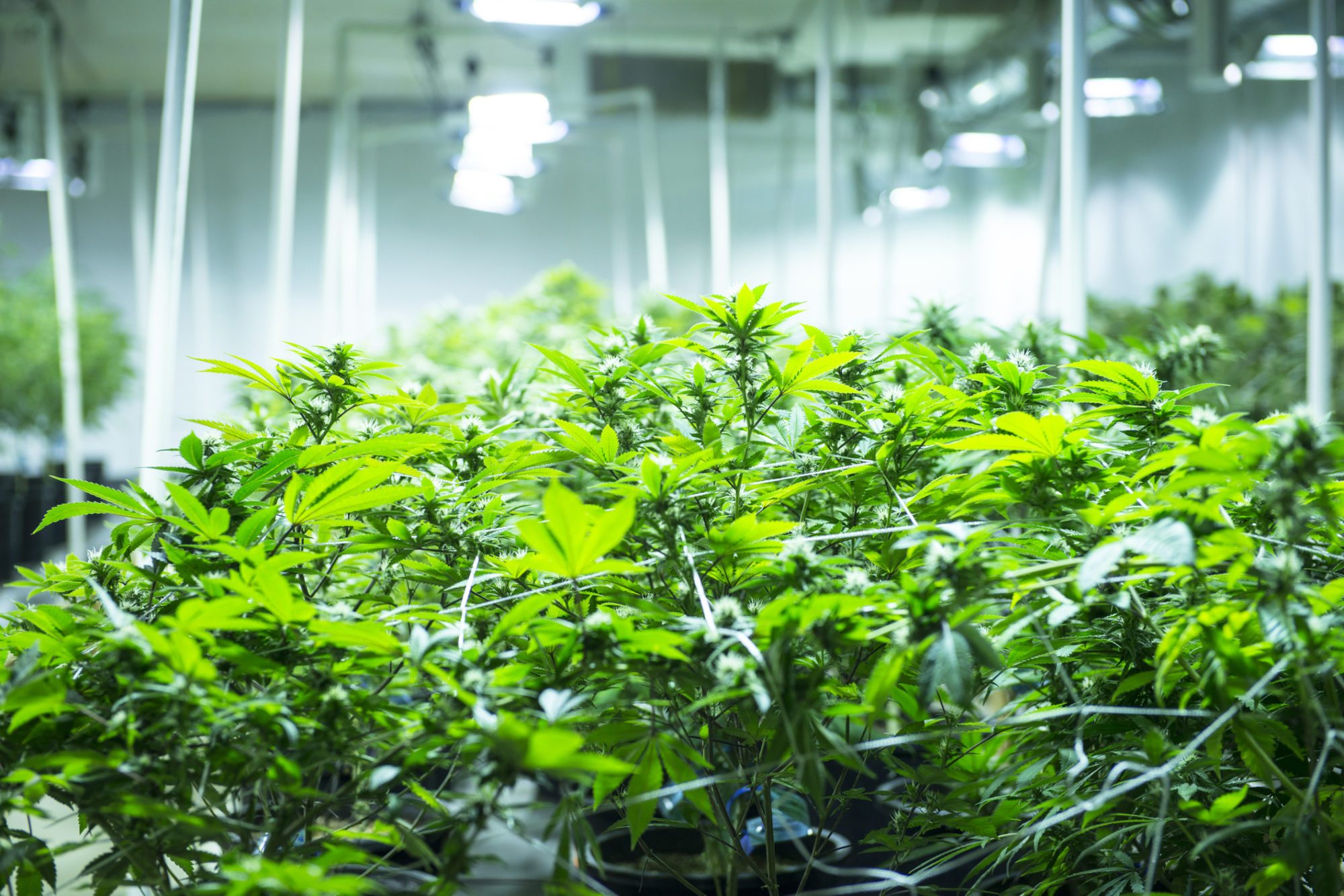 LAW ENFORCEMENT AGENCY NEEDS TO DO ITS JOB …

The S.C. State Law Enforcement Division (SLED) is continuing its taxpayer-subsidized efforts to derail the legalization of medical marijuana in the Palmetto State.

Never mind the actual crime it should be fighting, right?

Not only that, the agency is being deliberately dishonest in its propagandizing … sowing fear over the legalization of marijuana for recreational purposes even though there is currently no such proposal before the S.C. General Assembly.

Guess if you can’t win your argument on its merits … change the argument. 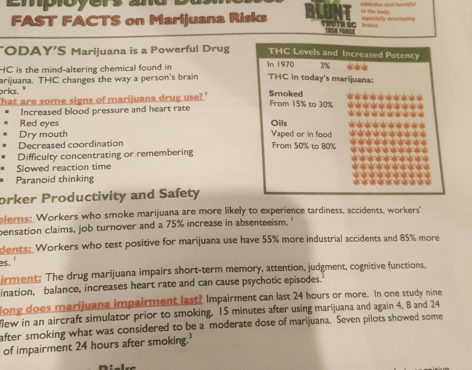 That’s a flyer one SLED official distributed at a recent chamber of commerce event in Greenwood, S.C.  As you can see, it cites a number of impairment and worker safety statistics – issues that have absolutely no bearing in a debate over medical marijuana.

And even if SLED was advocating about the issue at hand … we believe the agecny would still be operating well outside of its bounds.

Seriously: Every nickel this agency wastes demonizing medical marijuana is a nickel it isn’t spending keeping you and your family safe.

For the record: This website supports both medical AND recreational legalization.  We believe the latter is a liberty issue and an economic issue.  And a taxpayer one.

Medical marijuana, though?  As we’ve stated on numerous previous occasions, its legalization is nothing short of a moral imperative.

People are hurting … and this drug would help.  It’s as simple as that.  Furthermore, the legalization of medical marijuana would be the first line of defense against an ongoing heroin epidemic in the Palmetto State.  In other words, it would probably help SLED stem drug deaths in this state.

This website has previously blasted SLED for its opposition to medical marijuana – just as we have blasted the S.C. Department of Alcohol and Other Drug Abuse Services (DAODAS) for its government-subsidized anti-pot propaganda (a.k.a. the garbage SLED is handing out all over the state).

Not surprisingly the agency doesn’t see anything wrong with what it is doing.  In fact SLED chief Mark Keel told us his agents are simply continuing their prior advocacy on the issue – which he believes is part of its core mission to protect the public.

“Our position has not changed,” Keel told us.  “Any substance that has the potential for use as a medicine by the public needs to be regulated by the U.S. Food and Drug Administration as all prescription medications are now to ensure the public’s health and safety.  Legislation should not replace science.”

That’s a fair point, but lawmakers who are supporting the latest version of this long-overdue reform are hopeful Keel and other law enforcement leaders will soon see the light and drop their opposition.

“I believe that once SLED and the law enforcement agencies read and fully understand our bill, they will see that it addresses all of their concerns about illegal and recreational use,” S.C. Rep. Mandy Powers Norrell told us.  “That is not at all what this bill is about.  This is about medicine and getting medical help to the people who need it.”

No one should be stand in the way of that.  Especially if doing so is preventing them from doing the job taxpayers are paying them to do.