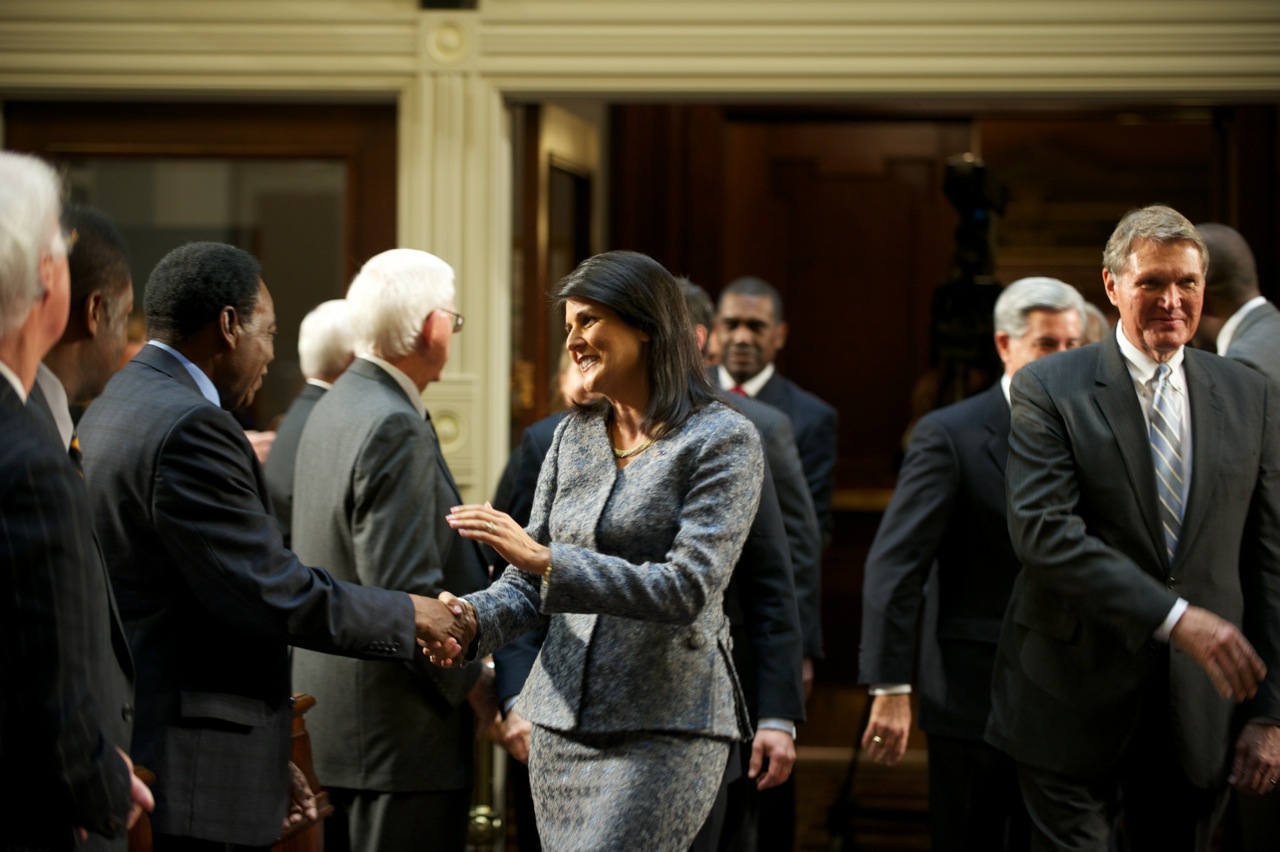 COLUMBIA – Americans for Prosperity-South Carolina is thanking Ambassador Nikki Haley for her service as Governor of South Carolina and wishing her success in her new role as UN Ambassador. The group is also congratulating Governor Henry McMaster who was sworn in as governor on Tuesday. AFP-SC is eager to work closely with Governor McMaster to create policies that will allow South Carolina to prosper.

“Americans for Prosperity-South Carolina would like to thank Ambassador Nikki Haley for her time served as governor and for her commitment to bettering the lives of South Carolinians. As governor, Ambassador Haley demonstrated the kind of principled leadership that we hope to see in our elected officials. We wish her all the best moving forward and will be eternally grateful for her years of service to the Palmetto State.”

“Congratulations are due to Governor Henry McMaster for his new role as our state’s top elected official. The Governor’s record of strong leadership speaks for itself and our organization is eager to work closely with him to bring about the policy reform that is so desperately needed here in South Carolina. We also would like to congratulate Lt. Governor Kevin Bryant and look forward to working closely with him alongside Governor McMaster.”

Americans for Prosperity (AFP) exists to recruit, educate, and mobilize citizens in support of the policies and goals of a free society at the local, state, and federal level, helping every American live their dream – especially the least fortunate. AFP has more than 3.2 million activists across the nation, a local infrastructure that includes 36 state chapters, and has received financial support from more than 100,000 Americans in all 50 states. For more information, visit www.AmericansForProsperity.org

(Editor’s Note: The above communication is a submitted news release and does not necessarily reflect the editorial position of FITSNews.com. To submit your letter, news release, email blast, media advisory or issues statement for publication, click here).