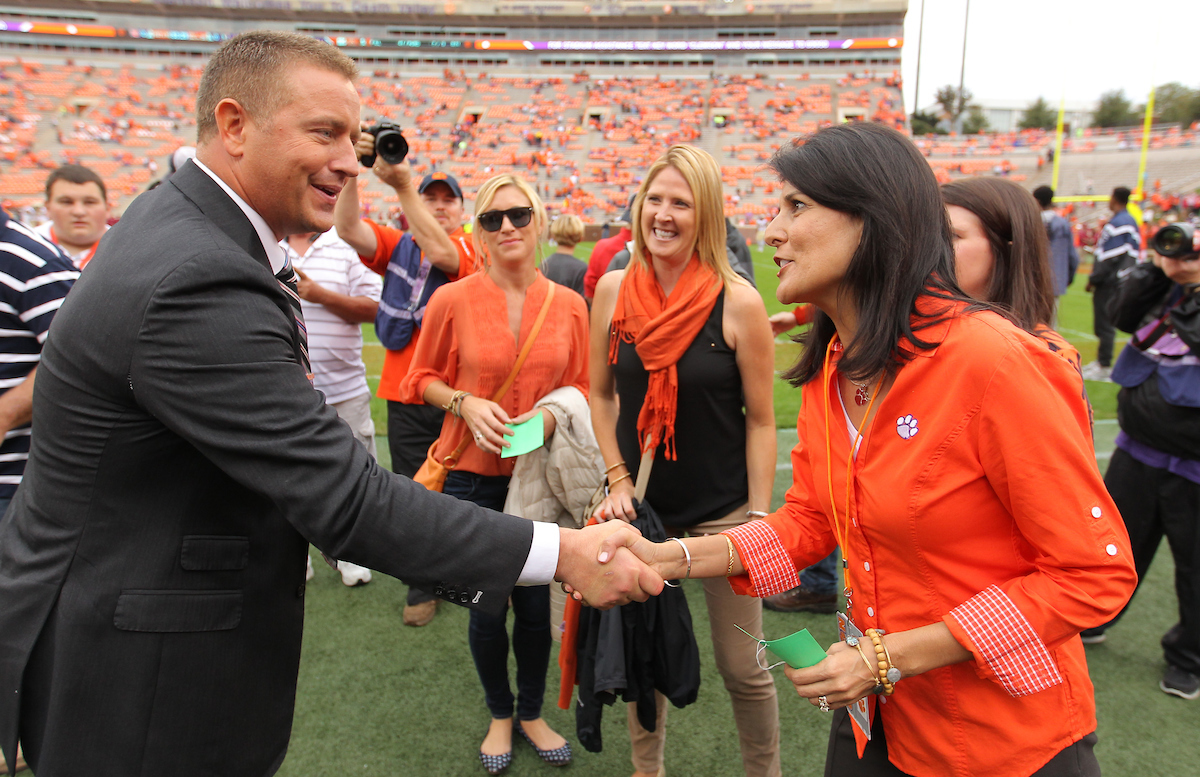 WHAT DOES THAT MAKE THE REST OF THEM?

We rarely dabble in the hero worship of politicians.  For starters, in more than a decade of covering Palmetto politics, we can count on one hand the number of elected officials who are genuinely worthy of such praise

With digits to spare …

We draw your attention to political leaders when they deserve it – when they protect your interests as citizens and taxpayers.  Or, as is more often the case (sadly), when then are screwing you out of your money.

What don’t we do?

Fluff politicians for no reason.  Like for being “notable” college football fans … 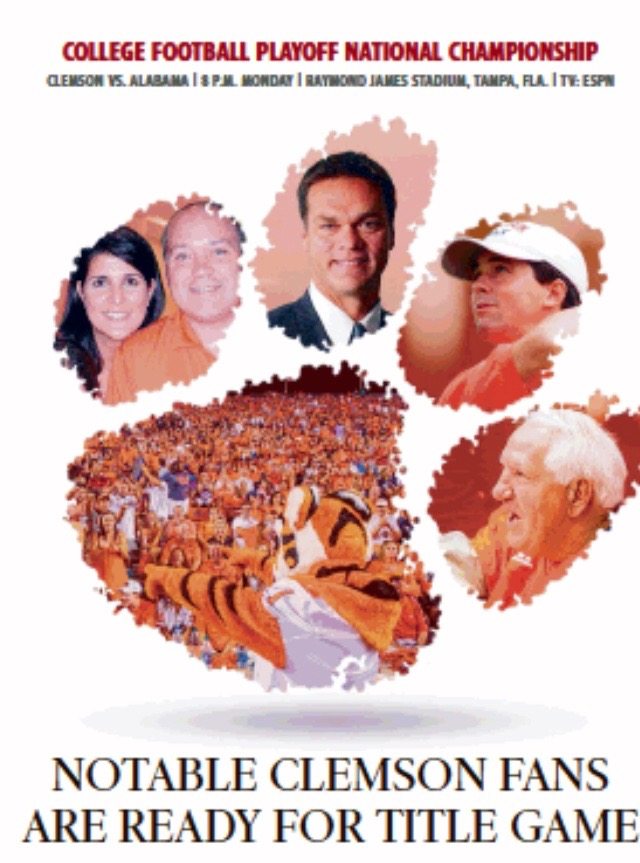 Yeah … that drivel is actually on the friggin’ front page of The (Columbia, S.C.) State newspaper, people.

We get that there’s lots of excitement over Clemson University‘s football team being back in the national championship game.  Which is as it should be.

But this sort of fluff seems misplaced …

How about we first address the notion that there are “notable” Clemson fans?  What’s that about?  We can only presume makes the vast majority of them “non-notable,” according to The State.

Of course when we stop and think about it perhaps Haley is a “notable” Clemson fan.  “Notable” for using state tax dollars to assist Clemson’s recruiting efforts – a move which drew a sharp legislative rebuke a few years back.  And “notable” for her proximity to Clemson trustee Bill Smith – who is also featured in The State‘s football fluff.

To be clear: We give Clemson a better than average shot at winning this year’s national title – which would be the school’s second championship (and its first since 1981).

But assuming that happens, we will give credit where credit is due (here, too).  And wish every happiness to all the “non-notable” Tiger fans as they celebrate.