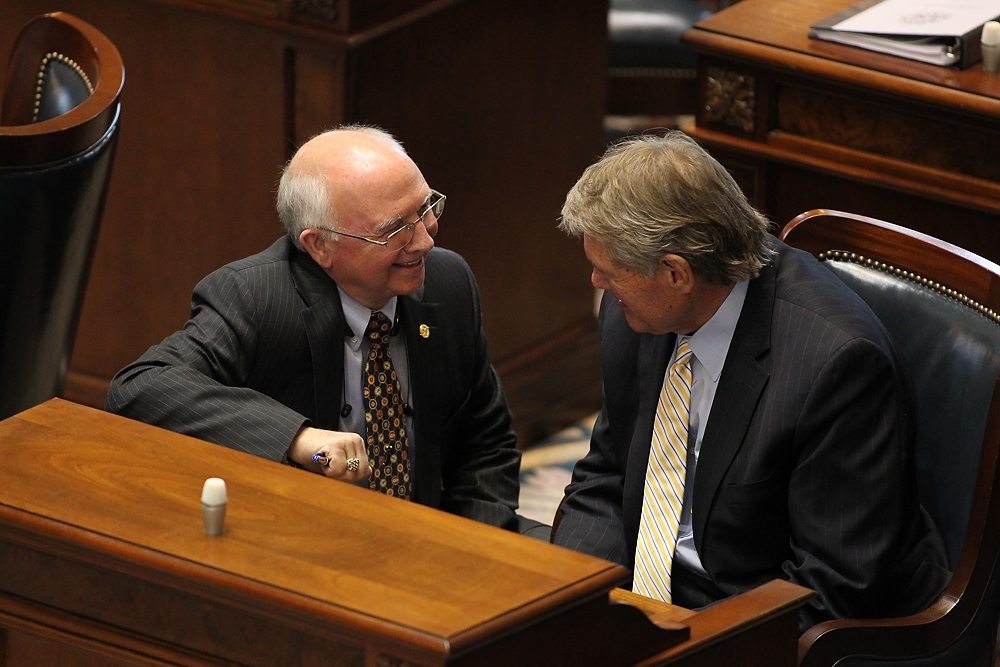 This week “leaders” of the S.C. General Assembly invited members of the mainstream media to Columbia, S.C. for a preview of the upcoming 2017-2018 legislative session.

That’s funny … because there really isn’t much to “preview.”

Everybody knows what’s going to happen because it’s been happening for decades.

There’s your preview … and you can take it to the bank (where your increasingly cash-strapped account is unlikely to see any relief).

Anyway, while you struggle to make ends meet state lawmakers are scrambling to keep their gravy train rolling … especially Republicans, who enjoy huge majorities in both the S.C. House and the State Senate.  For the past two years they’ve tried unsuccessfully to ram a gas tax hike down the throats of their dirt poor constituents so that they don’t have to make any hard decisions about cutting government.

Thankfully, their efforts have been blocked by S.C. Senator Tom Davis.  Twice actually (here and here).

Davis has successfully argued that state government has plenty of money – it just isn’t appropriating it correctly.

Undeterred, a major gas tax increase is being pushed once again this year.  But lawmakers are hedging their bets, too, exploring alternatives in the event the gas tax gets bogged down again in the State Senate.

And more pain is coming on that front …

We’re glad Cobb-Hunter has finally confronted an issue we’ve been addressing for the last half-decade … but to her credit, she’s correct in that the shortfall has gotten so bad structural reform alone won’t fix it. 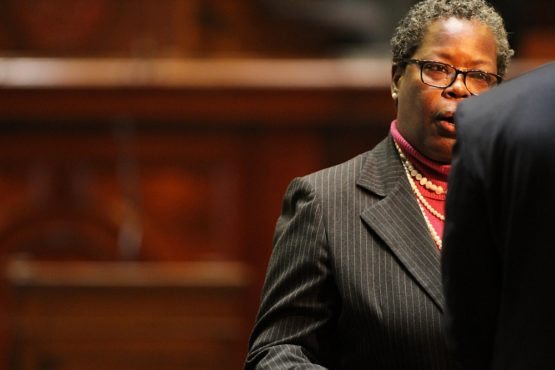 Addressing the pension issue, fiscally liberal S.C. Senator Sean Bennett claimed his proposed “roads bill” – a massive tax hike – would free up $250 million from the state’s general fund to “shore up the pension.”

Amazingly, Bennett was the only Republican who even bothered to address the $24 billion elephant in the room.

We oppose every bit of that, by the way.  And oddly enough, so do those who want the money it would raise.

“In other words, (he’s saying) give us tens of billions for the roads and we will promise you $250 million for the pension – meaning you may get it or you may not,” one veteran legislative observer noted.

S.C. Senator Vincent Sheheen said Republican negligence is what created the pension shortfall – and he’s right.  Although again, we’ve been saying that for years.

According to Sheheen, South Carolina’s retirement system is funded at 61 percent while North Carolina and Georgia both fund their plans in the ninety-percent rage.  Sheheen said that a possible increase in cigarette taxes could be used for the pension – although as we’ve noted that’s one of the revenue sources Republicans want to devote to roads.

They can’t have it both ways.

Still, at least Sheheen and Cobb-Hunter – though late to the party – are talking about the issue.  That’s more than the GOP can say.

“Why are the Democrats the only ones recognizing the problem and offering substantial solutions while the Republicans plead for more money with a promise of maybe giving an insignificant amount of money to fix the pension?” one public employee advocate told us.

Good question … we wouldn’t necessarily classify these Democratic offerings as “substantive solutions,” but they did at least have the courage to admit there is a problem.

Maybe Republicans just don’t care about what’s happening.  After all, it was two prominent Republicans – governor Nikki Haley and S.C. Senate president Hugh Leatherman – who let things spiral so completely out of control.  Under the “leadership” of Haley’s appointee Ed Giobbe and Leatherman’s appointee Reynolds Williams, the state’s pension fund has seen its debt soar by more than $7 billion over the last two years (while losing more than $3 billion of its value).

These appointees also doled out massive bonuses to the very bureaucrats producing these terrible results (at the highest price in the nation, too).

And yes … we called on these hacks to be fired years ago (especially Williams).  But no one listened.  And the media hit the snooze button … until it could no longer ignore the debacle.