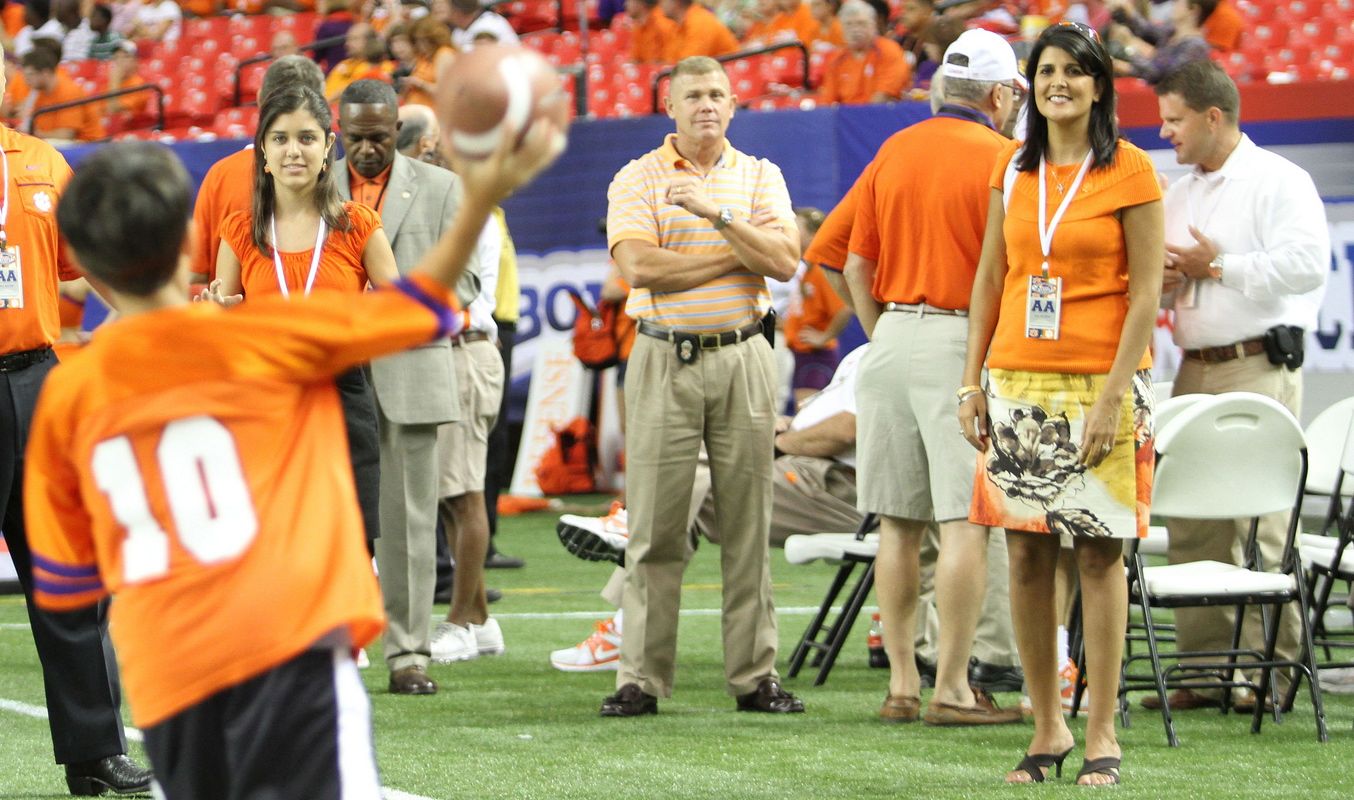 S.C. Gov. Nikki Haley is fighting with state lawmakers in an effort to preserve her right to use the state’s official airplane for press conferences and bill signing ceremonies – but it’s her alma mater’s habitual use of the plane for football recruiting which probably deserves more scrutiny.

Among the frequent fliers? Tigers’ recruiting coordinator and wide receivers’ coach Jeff Scott – whose Twitter page we stumbled upon this week. Scrolling back through Scott’s Twitter pictures, an image he posted in October 2011 caught our eye.

“Heading to Jacksonville (on the Governor’s plane) trying to find some more ballpayers,” Scott tweeted. 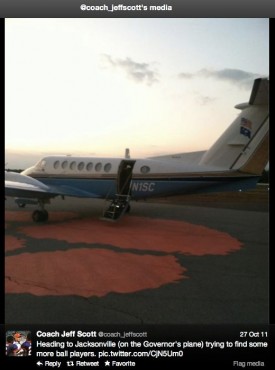 Sure enough, when we checked flight information for October 27, 2011, we found a passenger manifest with Scott’s name on it. 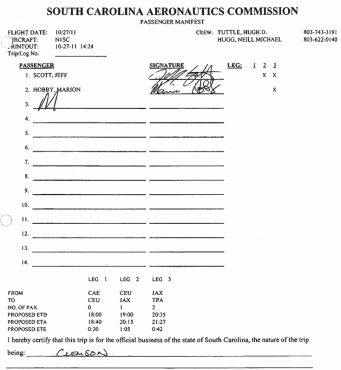 Tiger coaches are still using the state plane – and still tweeting about it.

In fact Scott joined Clemson defensive coordinator Brent Venables and several other coaches on a recent recruiting trip to San Antonio, Texas – a flight referenced only as “Official Clemson University Business” in the records of the S.C. Aeronautics Commission.

Here’s the Twitter pic Scott posted from inside the plane … 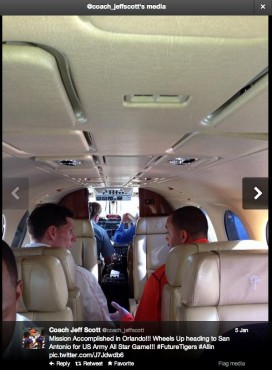 And here’s the manifest for that flight  … 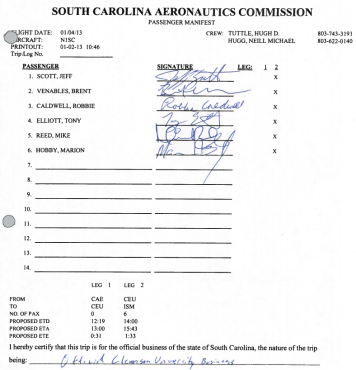 Just last week (on February 1), Swinney, Morris and Venables took the state plane to Lawrenceville, Georgia on a recruiting trip – a flight which involved multiple legs to accomodate the various passengers. Why was this flight taken? It’s not clear – particularly when you consider Lawrenceville is a one-hour, forty-minute drive from Clemson, S.C.

Actually faster than that if Swinney is driving …

Obviously Clemson isn’t the only football program in the state to use public aircraft for recruiting purposes. The University of South Carolina has two planes – one of which is used exclusively by its athletics department.

However it is curious that Clemson’s habitual use of the state plane for football recruiting didn’t start until 2011 – when Haley took office.

Haley graduated from Clemson with an accounting degree in 1994. A rabid Tigers’ fan, she regularly attends home games and travels to see Clemson play on the road and in bowl games. In fact Clemson honored Haley during the 2012 Orange Bowl by using her likeness on play-calling placards.

“She loves helping them,” one journalist familiar with the flights said.

As we’ve said on numerous occasions, we believe South Carolina’s institutions of higher learning – especially Clemson (which operates via an extra-legal governing board) – should be set free to pursue their destiny as private institutions. That way we won’t have controversies like this involving the use of taxpayer-funded assets for non-core functions of government.

In addition to banning use of the state plane for press conferences and ceremonial bill signings, we believe South Carolina’s institutions of higher learning should be prohibited from using the state plane to recruit football players.