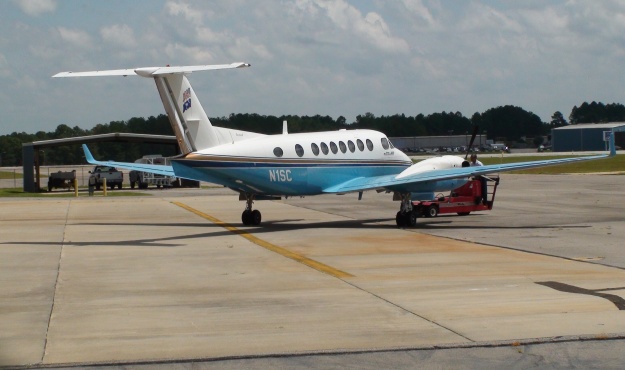 A budget subcommittee of the S.C. House of Representatives has approved language which would prohibit state colleges and universities from using the state plane to recruit football players.

This prohibition was approved just days after FITSNews exclusively reported on the extensive use of this plane by Clemson University football coaches – including head coach Dabo Swinney, offensive coordinator Chad Morris and defensive coordinator Brent Venables. Clemson coaches have taken numerous flights over the last two years – including jaunts to San Antonio, Texas and Jacksonville, Florida.

Of course they’ve also flown it to places like Lawrenceville, Georgia – which is less than two hours away from Tigertown by car (less than that if Swinney is behind the wheel).

Complicating matters, Clemson’s use of the plane for football recruiting began shortly after S.C. Gov. Nikki Haley – a Clemson graduate and die-hard supporter of the school’s football program – took office. In fact sources close to the committee tell FITS the prohibition was passed in order to “send a message” to the governor regarding her alleged favoritism in recruiting.

Clemson and its in-state rival, the University of South Carolina, both won 11 games last season – and both scored Top 20 recruiting classes in 2013 (although Clemson’s recruiting haul was modestly better than USC’s incoming class). While Clemson still enjoys a big lead in the series – one of the oldest rivalries in all of college football – the Gamecocks have won four in a row over the Tigers under head coach Steve Spurrier.

The plane prohibition passed by a 7-1 margin. In fact the only dissenting vote – S.C. Rep. B.R. Skelton – just so happens to be a professor emeritus at Clemson. Skelton is not a regular member of the committee, either, he was voting on behalf of S.C. Rep. Chip Limehouse (RINO-Charleston), who missed the meeting because he was busy campaigning for the state’s first congressional district.

As we noted in our original report, “in addition to banning use of the state plane for press conferences and ceremonial bill signings, we believe South Carolina’s institutions of higher learning should be prohibited from using the state plane to recruit football players.”

In fact we’ve consistently stated all of these government-funded schools should be set free to pursue their destiny as private institutions … especially Clemson.

Why “House Of Cards” Is Good For South Carolina