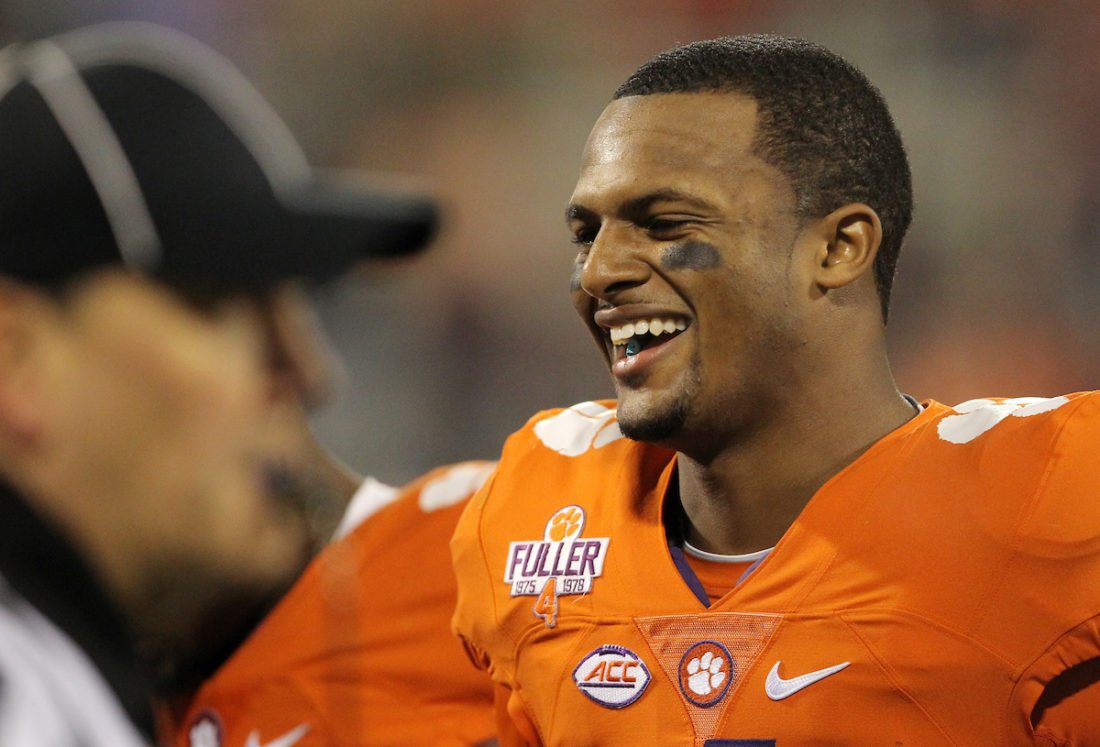 As fans of the University of South Carolina’s athletic programs, it is not in our interest to lobby on behalf of the Heisman candidacy of a player at our arch-rival.

After all, having a player at Clemson University land college football’s most prestigious award could dramatically enhance the program’s already solid recruiting efforts … which is the very last thing Gamecock fans need right now.

Sure, Jackson’s numbers are arguably better.

Watson has thrown the football far more frequently – connecting on 329 of 487 passes (67.6 percent) for 3,914 yards with 37 touchdowns and fifteen interceptions.  He’s added 529 yards and six scores on the ground.

Based on data alone, the award should go to Jackson – who enjoys advantages over Watson in all-purpose yards and scoring responsibility.

What matters more, though, is that Watson has played his best football down the stretch – guiding Clemson to its second consecutive Atlantic Coast Conference championship and its second straight appearance in the College Football Playoff.

Jackson?  His team will play in the Citrus Bowl after dropping back-to-back games against Houston and Kentucky.

Despite this, we’ve seen several late breaking Heisman surveys that continue to give Jackson the edge over Watson … which we simply don’t understand.

Watson deserves this award.  Not just because of his numbers, but because of where his leadership has positioned his team.

Bottom line?  Watson put up comparable numbers for a better team against better opponents – and as the season wore on he got better while Jackson faltered.

As much as it pains us to say it, this award belongs to Deshaun Watson …

Who do you think should win the 2016 Heisman Trophy?