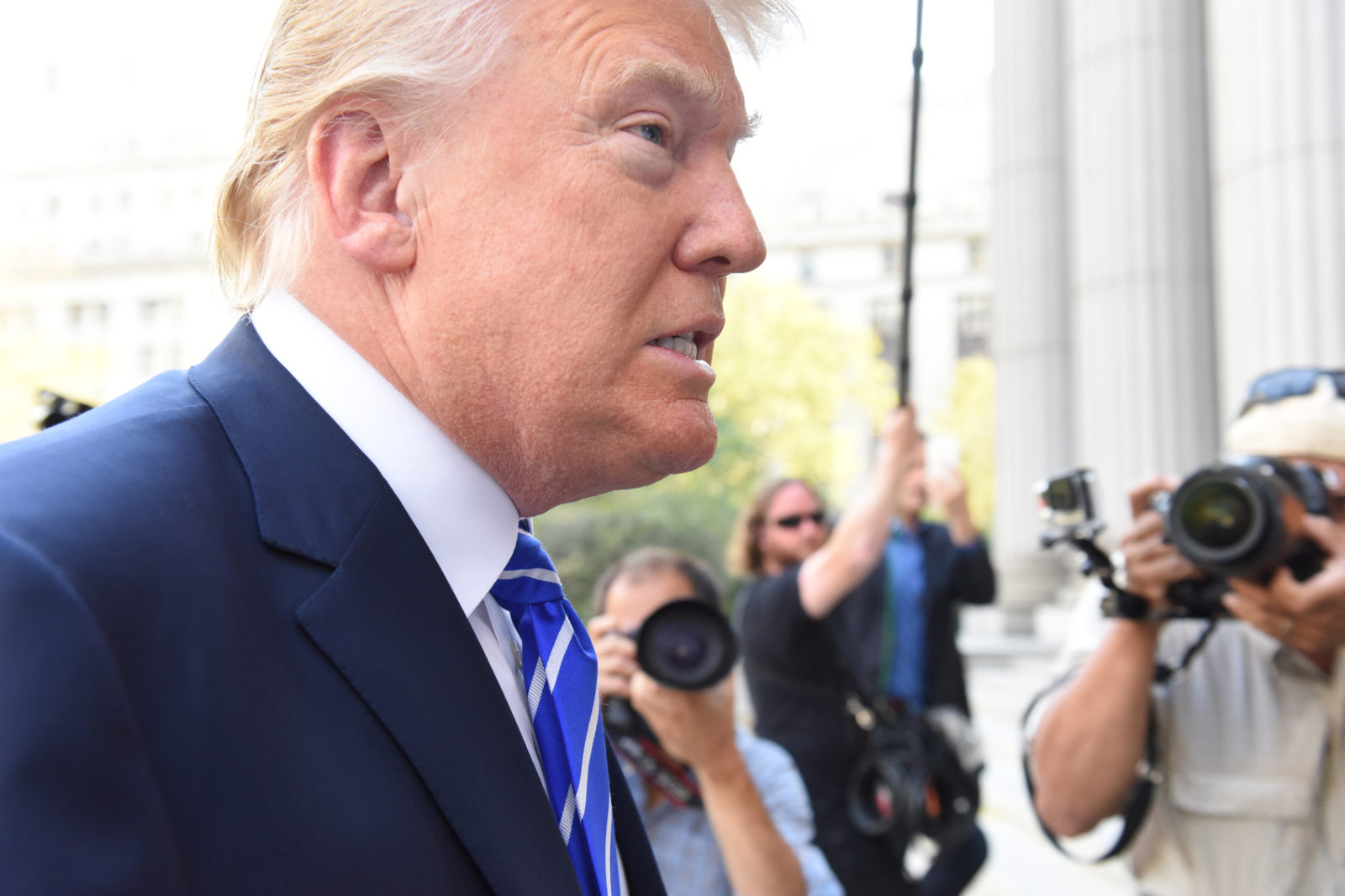 In the first of what we suspect will be numerous “October Surprises,” an eleven-year-old audio recording of GOP presidential nominee Donald Trump has emerged in which the billionaire mogul jokes obscenely about groping and kissing women.

“When you’re a star, they let you do it,” Trump told former Access Hollywood host Billy Bush in the leaked 2005 clip.

The audio – first published by Democratic nominee Hillary Clinton‘s hatchet paper, The Washington Post – is indeed graphic and at times quite demeaning of women, and drew swift and severe condemnation of Trump from all across the political spectrum.

As it should have …

“No woman should ever be described in these terms or talked about in this manner. Ever,” Priebus said.

“Hitting on married women? Condoning assault?” Romney said. “Such vile degradations demean our wives and daughters and corrupt America’s face to the world.”

We don’t disagree … but the problem with the Clinton campaign digging up an eleven-year-old clip of Trump demeaning women is that it opens the door for Trump to respond with something even bigger.

Specifically, it opens the door for his campaign to revisit similarly-dated recordings of Hillary Clinton joking about the time she helped a 41-year-old man escape accountability for raping a 12-year-old girl.

In the recordings, Clinton acknowledges taking the man’s case as a political favor to a powerful Arkansas prosecutor after the accused rejected his court-appointed lawyer and asked to be represented by a female.

Clinton repeatedly joked in the tapes about her client’s guilt – and about the “destruction” of damning forensic evidence related to his case (namely the victim’s blood on her client’s underwear). This evidentiary technicality ultimately resulted in Clinton’s client receiving credit for time served in custody (two months) on a lesser charge as opposed to a possible lifetime sentence for raping a minor child.

“I had him take a polygraph, which he passed – which forever destroyed my faith in polygraphs,” Clinton laughs in the recordings.

Clinton also discussed how she attacked the character of the 12-year-old rape victim – and how she got a nationally renowned forensics expert to discredit a key piece of evidence mishandled by investigators.

Seriously … what’s worse?  Trump’s comments about making sexual advances on married women or Clinton joking about how she demeaned and denied justice to a 12-year-old rape victim?

Of course Clinton had the audacity to pounce on the Trump tape anyway.

“This is horrific,” she said. “We cannot allow this man to become president.”

Obviously this is the point in our narrative when we get to discuss Clinton’s husband, former president Bill Clinton – a sexual predator of the first order who shoved a cigar into the vagina of a White House intern and pumped his sperm down her throat.

Like, did those things. Didn’t just talk about them or joke about them.  Actually did them.  And according to former U.S. secretary of state Colin Powell is still doing them.

In fact Trump referenced the former president in issuing an apology for his remarks, saying “Bill Clinton has said far worse to me on the golf course – not even close.”

Clinton also lied about it – indignantly wagging his finger at his accusers and insisting he “did not have sexual relations with that woman” (a.k.a. Monica Lewinsky).

Seriously … these are the people who presume to sit in judgment in this case?  The gall is truly baffling.

Don’t get us wrong, Trump’s comments on the tape are downright disgusting – and they will probably wind up costing him dearly among women (and among the evangelical voters he’s been courting).

And to be clear: Trump has no one to blame for that but himself.

Any way you slice it, they are far worse people who have done far worse things …