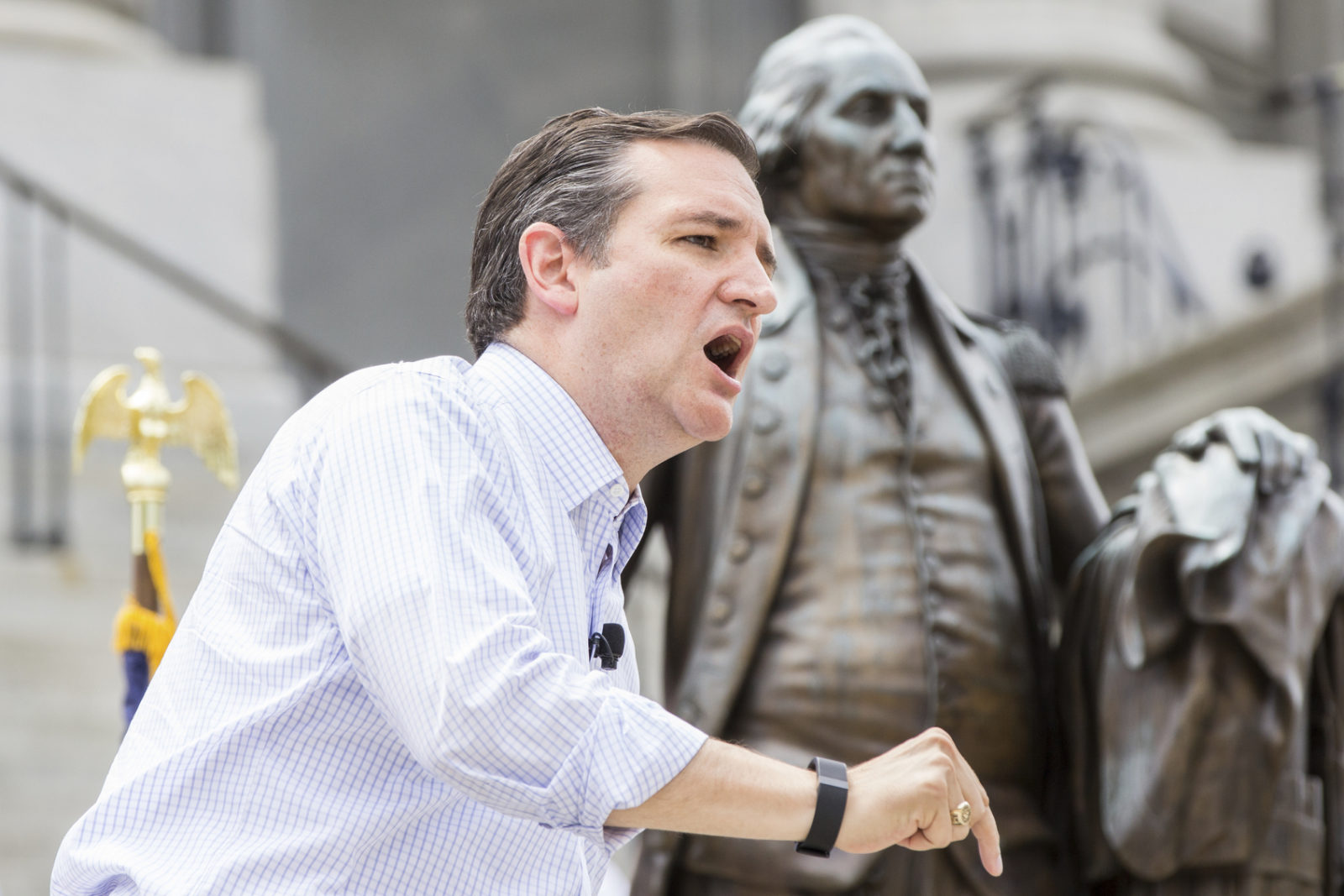 After dissing Donald Trump at this summer’s “Republican” national convention – and paying a hefty political price – U.S. Senator Ted Cruz of Texas has decided to drop his indifference and make good on his prior pledge to back the GOP presidential nominee.

What motivated him?  Democratic nominee Hillary Clinton, whom Cruz claims is “manifestly unfit to be president” and whose “policies would harm millions of Americans.”

“Donald Trump is the only thing standing in her way,” Cruz wrote in an email to his supporters late Friday.

“After many months of careful consideration, of prayer and searching my own conscience, I have decided that on Election Day, I will vote for the Republican nominee, Donald Trump,” Cruz continued.  “I’ve made this decision for two reasons. First, last year, I promised to support the Republican nominee. And I intend to keep my word.  Second, even though I have had areas of significant disagreement with our nominee, by any measure Hillary Clinton is wholly unacceptable – that’s why I have always been #NeverHillary.”

Cruz’s decision to support Trump comes amid a furious push to mobilize evangelical voters prior to the November 8 election  Many of these voters stayed on the sidelines during the 2008 and 2012 presidential cycle – and there has been some concern that they might stay on the sidelines in 2016 as well.

Trump did far better than expected during the 2016 presidential primary among evangelical voters – including his “First in the South” victory – although Cruz was successful in courting the most devout Christian “Republicans.”

“If Clinton wins, we know – with 100 percent certainty – that she would deliver on her left-wing promises, with devastating results for our country,” Cruz added.  “My conscience tells me I must do whatever I can to stop that.  We also have seen, over the past few weeks and months, a Trump campaign focusing more and more on freedom – including emphasizing school choice and the power of economic growth to lift African-Americans and Hispanics to prosperity.”

For most of the 2016 race, Cruz and Trump had quite the “Bromance” going.  In fact Cruz benefited significantly from his early embrace of Trump’s populist insurgency – gaining ground in the polls while numerous establishment “Republican” candidates imploded after futile attempts to bring down “The Donald.”

As the GOP field winnowed, though, Cruz and Trump quickly turned on one another.  Cruz even went so far as to collude on convention delegates with liberal Ohio governor John Kasich in a desperate, last-ditch bid to derail Trump’s front-running candidacy.

When that strategy failed, Cruz had a meltdown.  Unloading on Trump after his campaign-ending defeat in Indiana, Cruz called the GOP nominee “a pathological liar,” a “serial philanderer” and “utterly amoral.”  He later accused the media of stealing the nomination for Trump – arguing that “a handful of network executives” were guilty of “manipulating and trying to deceive the voters” in an effort to give him the GOP nod.

In an apparent nod to their tumultuous history, Trump’s campaign responded to the Cruz endorsement with a statement from vice presidential nominee Mike Pence.

“Ted Cruz is a leader of the conservative movement and one of the strongest defenders of the liberties enshrined in the Constitution,” Pence said.  “I am truly grateful for his endorsement of our ticket and look forward to working with him to advance Donald Trump’s agenda to make America great again.”

Gennifer Flowers Won’t Be At The Debate