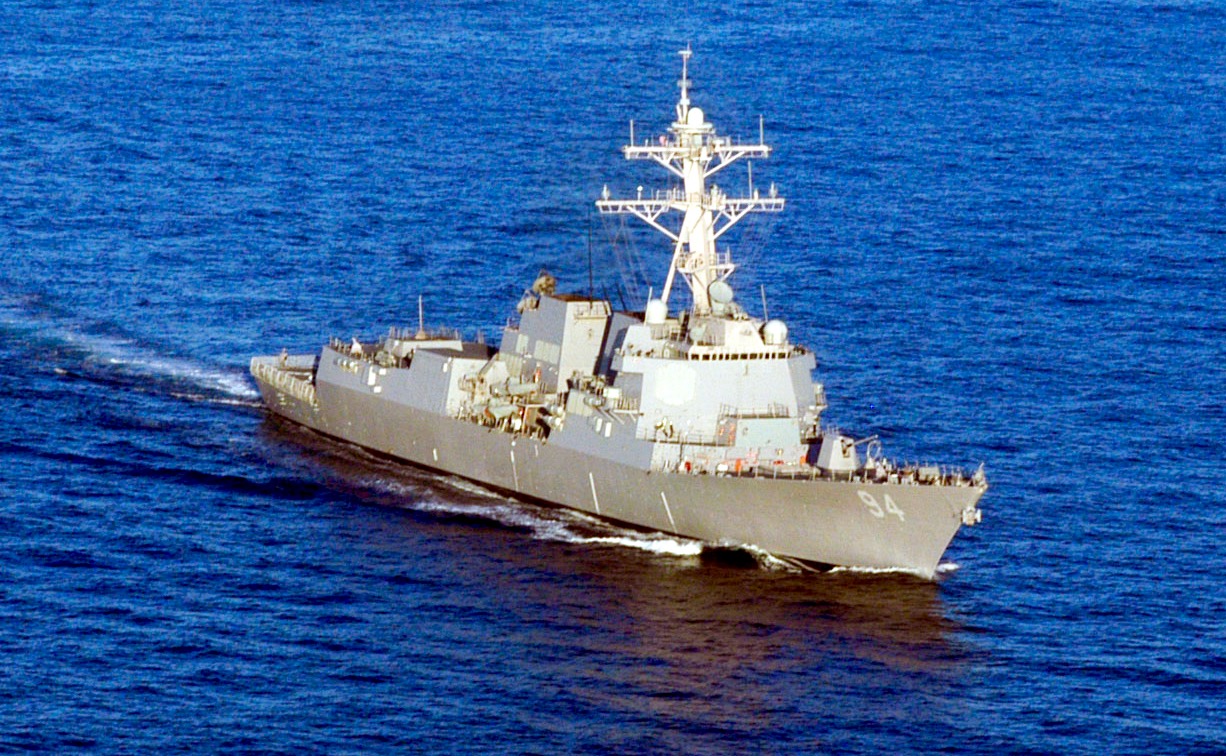 Ships from Iran’s Islamic Revolutionary Guard Corps (IRGC) conducted a “high-speed intercept” of an American military vessel in the Strait of Hormuz this week.

The vessel – an Arleigh Burke-class guided missile destroyer called the USS Nitze – was accosted by four IRGC ships in the narrow passageway between the Persian Gulf and the Gulf of Oman.

The Nitze repeatedly attempted to radio the Iranian vessels, fired warning flares and sounded blasts from its whistle – to no avail.

At one point, the Iranian ships came within three hundred yards of the American destroyer – which was forced to change its course in order to avoid further escalation of the situation.

“The Iranian high rate of closure … created a dangerous, harassing situation that could have led to further escalation including additional defensive measures by Nitze,” U.S. military officials told Reuters.

Should American military vessels be in the Strait in the first place?  No.  But such provocation is not surprising under the circumstances.

Nor is it confined to this particular theater …

This week’s incident involving the Nitze took place less than a week after the American government effectively admitted paying ransom for hostages held in Iran.

Seriously: What did our leaders think was going to happen?

Iran claimed the American ship entered its territorial waters, and that “if any foreign vessel enters our waters, we warn them, and if it’s an invasion, we confront.”

An estimated 20 percent of the world’s oil travels through the Strait – one of the most critical global commercial chokepoints in the world.