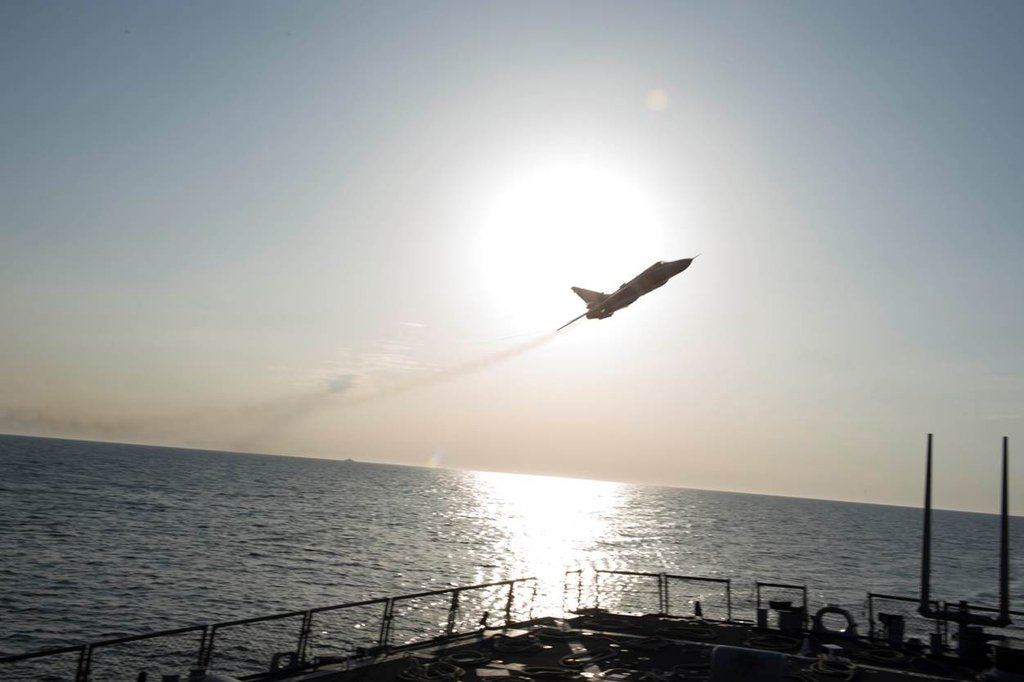 RUSSIA’S LACK OF RESPECT FOR U.S. MILITARY IS “DISARMING …”

When the movie Top Gun came out in 1986, the United States was at the peak of its international power and prestige.  Nobody messed with ‘Murica.

Today? Not so much.

This week in the Baltic Sea, a pair of Russian fighter jets engaged in “multiple aggressive flight maneuvers” over the USS Donald Cook in international waters … enraging impotent Pentagon officials.

How close did these jets get to the ship?  Within seventy-five feet.

Here are some images of the Russian planes released by the U.S. Navy …

And here are video clips of the fly-bys  …

According to the military officials, the Donald Cook – an Arleigh Burke-class guided-missile destroyer – was “conducting deck landing drills with an Allied military helicopter when two Russian SU-24 jets made numerous, close-range and low altitude passes.”

“As a safety precaution, flight operations were suspended until the SU-24s departed the area,” military officials added.

In another incident, Russian aircraft “flew in a simulated attack profile and failed to respond to repeated safety advisories in both English and Russian.”

Should American warships be conducting military drills with Allied nations in the Baltic Sea?  That’s a good question … (our answer would be: Probably not).

A far better question?  Why are these Russian aircraft not at the bottom of the f*cking ocean.

This website has repeatedly opposed American interventionism (including our pointless Russo-antagonizing engagement in Ukraine).  But this is ridiculous.  Embarrassing.

Saudi Arabia: Our “Partners In Peace” Are Threatening Us