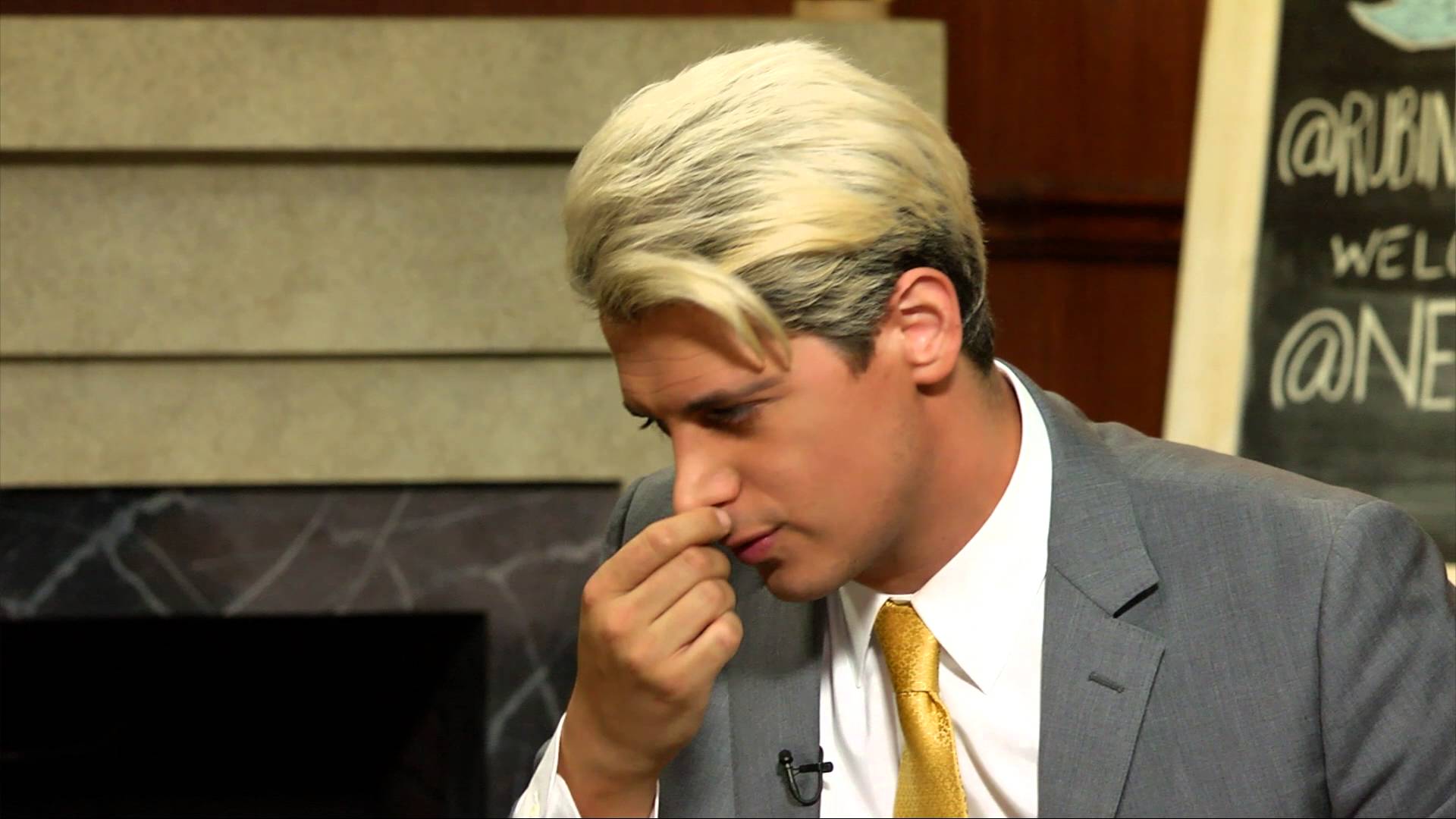 Yiannopoulos is an openly-gay technology editor at Breitbart.com.  Until his ban, he tweeted under the handle “Nero” – relentlessly pushing buttons in an effort to expose the ridiculousness of political correctness in our culture.

We defended Twitter’s right to ban Yiannopoulos, although we did note the company’s hypocrisy in shutting him down for alleged “hate speech” while simultaneously permitting #BlackLivesMatter activists to engage in far worse behavior.

We also tied the dust-up into Facebook’s big censorship scandal – further evidence of the ongoing leftward lean of social media in this country.

“(Facebook and Twitter) operate platforms which exploded onto the American marketplace primarily due to the freedom of expression they offered users,” we noted.  “If this freedom of expression is revoked – especially on liberal ideological grounds – expect mass defections from these platforms to alternative marketplaces.  In fact we would argue that Facebook and Twitter are already creating a compelling market opportunity for new social media platforms that do not discriminate against free expression – or at the very least are consistent in policing it.”

This debate, it turns out, is headed our way.

According to the group WeRoar Clemson, Yiannopoulus will appear on the campus of the Upstate South Carolina college on October 18.  In fact, he will speak inside Clemson’s famed Tillman Hall.

We wonder … will Yiannopoulus do some research on the namesake of this building?

“His talk will cover a variety of subjects including social justice, feminism, political correctness, free speech, and the censorship culture of American college campuses,” the group stated.

You can check out WeRoar Clemson’s EventBrite page for Yiannopoulous’ visit here.

Not surprisingly, the presence of such a controversial figure on campus has already sparked all sorts of backlash – and protest threats. 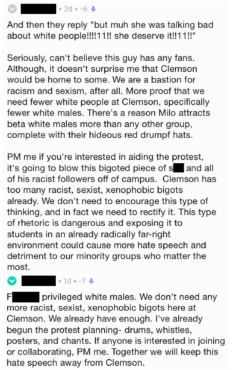 Yiannopoulus has plenty of fans on campus, though …

“Milo only exists because of the intolerance of liberals on college campuses,” Clemson student Zach Talley told us.  “All it would take for him to go away is for universities to start taking free speech seriously. As long as they refuse to change, Milo’s popularity will only grow.”

“Milo is so important to the free speech movement because nobody can hold him back,” Clemson student Jack Timmerman added.  “None of the left’s smear tactics work on him, and people will soon realize that when those on the left call someone a racist, sexist, homophobe, or Islamophobe, it’s only to shut down a debate.”

Another pro-Milo student, Mitchell Gunter, said Yiannopoulus “reminds us that the First Amendment is still the law of the land, including and especially at American colleges and universities.”

“Too many universities grovel to the leftist Thought Police and prohibit Constitutionally-protected expression, Gunter said. “That’s not who we are at Clemson.”

According to to WeRoar Clemson, the group is hoping to use ticket sales from the event and related fundraising to support its ongoing anti-censorship efforts on campus.