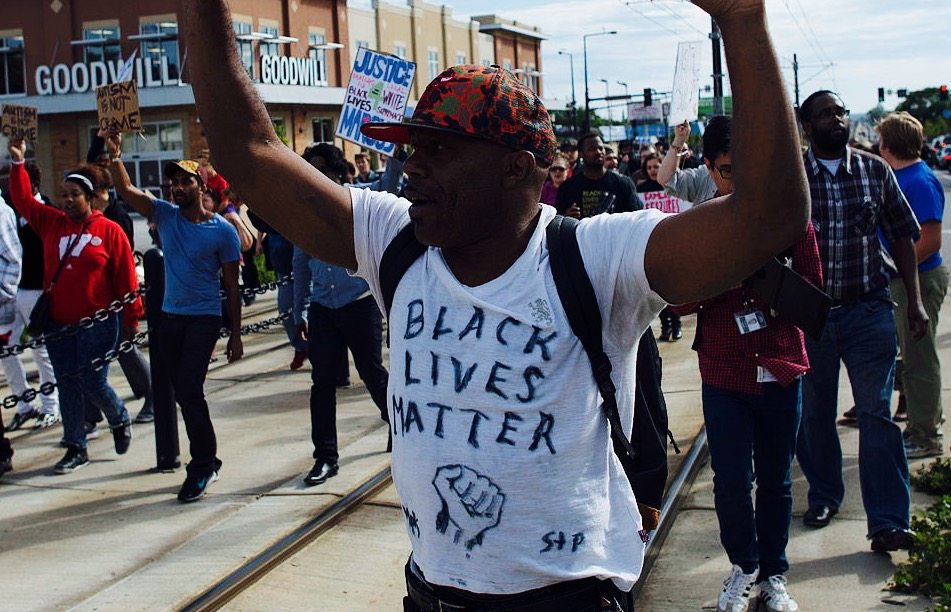 The #BlackLivesMatter movement has issued a list of demands in advance of the upcoming presidential election – one that could conceivably run into the trillions of dollars if implemented.

“We demand reparations for past and continuing harms,” the document states. “The government, responsible corporations and other institutions that have profited off of the harm they have inflicted on Black people – from colonialism to slavery through food and housing redlining, mass incarceration, and surveillance – must repair the harm done.”

Among the payments sought?  Reparations “for the wealth extracted from our communities through environmental racism, slavery, food apartheid, housing discrimination and racialized capitalism.”

Reparations are also sought for “the systemic denial of access to high quality educational opportunities.”

#BlackLivesMatter also wants the establishment of “a guaranteed minimum livable income for all Black people,” along with universal health care, free college tuition and a “progressive restructuring” of tax codes at the federal, state and local levels.

The goal of this restructuring?  A “radical and sustainable redistribution of wealth.”

Wait … spread the wealth around?

Where have we heard that before …

The document also calls for, among other things, an end to capital punishment and the immediate commutation of all sentences related to drug use and prostitution.  Moving forward, the “War on Drugs” and the criminalization of prostitution would be abolished.

Our thoughts on this manifesto?

First of all, it’s remarkably substantive.  While we disagree with at least 90 percent of it, no one can say this group hasn’t put some serious thought into articulating a comprehensive set of policy proposals.

Second, there are some key commonalities included within this document that – if separated from their “FUBU” racism – could form the basis of a real and lasting cross-cultural populism.

For example, this website has long opposed the “War on Drugs,” the criminalization of prostitution, government’s surveillance state and Obama’s TPP.

Those are four significant areas of public policy in which our ideology and the ideology espoused by the #BlackLivesMatter manifesto are in perfect alignment.

As for the document’s proposed tax and spending reforms, we reject them categorically – but not necessarily the objectives they are striving toward.

As we noted in a recent post about a tax break gimmick in our home state of South Carolina, taxes should exist “only insofar as they are necessary to subsidize the core functions of government.”

“To that extent, they should be collected as fairly as possible – with an eye on economic competitiveness,” we added.

Fairness and competitiveness, as it turns out, are not mutually exclusive concepts.  Not only can we have both, there’s a good argument to be made that you can’t have one without the other.  There’s also a better argument to be made that fair, flat and low tax rates kickstart economic growth – which is the essential source of “empowerment” for all races.

And which has been sorely lacking under presidents Obama and George W. Bush.

As for #BlackLivesMatter’s reparations demands – and its insistence on a dramatic escalation of our already unsustainable government spending – we have a simple answer: $20 trillion.

That’s the current projection of our national debt on the day Obama is schedule to leave office – which is double what it was on the day he took office.

Where did all that money go?

Good question … because it sure as hell hasn’t improved black (or white) lives in this country.

Even if the government could/ should fund reparations of some sort (which it absolutely cannot/  should not), such demands are pure fantasy.  Which brings us to the most disappointing component of the #BlackLivesMatter manifesto: For all it’s talk of “empowerment,” it’s still advancing a vision of dependency, one that hasn’t worked … and one which simply cannot be sustained.

Also, the last time we checked there’s no point negotiating when people have guns pointed at the others heads.

Bottom line: America needs an #AllLivesMatter populism … one based on real economic empowerment and a respect for individual liberty.