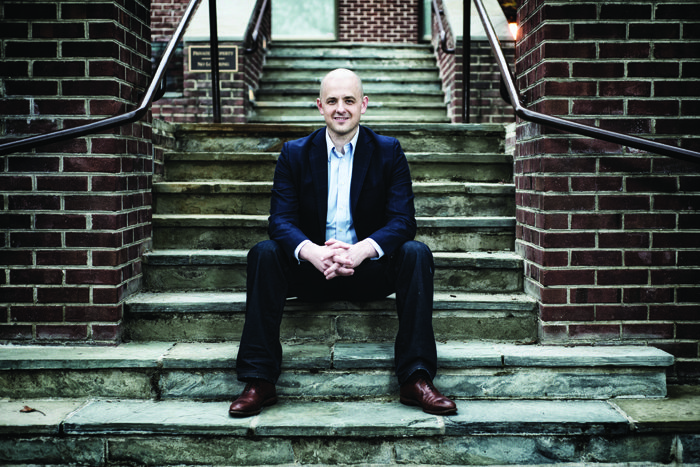 When we first heard that a well-funded establishment “Republican” (errr … “independent conservative“) was going to step up this week and challenge GOP nominee Donald Trump, we assumed it would be a big name.

After all, the “Republican” push to elect Hillary Clinton deserves nothing less than a marquee candidate, right?

Perhaps 2012 “Republican” nominee Mitt Romney – who did his best to torpedo Trump’s nomination earlier this year – was rethinking his decision to stay out of the race?

Or perhaps 2012 “Republican” candidate (and socialized medicine supporter) Newt Gingrich – who was passed over by Trump for his vice presidential pick – was plotting revenge as a spoiler candidate?

Or perhaps one of the rumored 2020 “Republican” hopefuls was looking to get a head start on their bid?

Apparently, it’s none of the above.

So … who does that leave the GOP with?

McMullin is the ultimate low-profile candidate – although according to liberal reporter McKay Coppins of BuzzFeed he will “have the backing of serious Republican donors and fundraisers.”

He will also “aggressively contest” his home state of Utah – perhaps signaling a GOP bid to take Trump out on a state-by-state basis with candidates tied to typical “Republican” strongholds.

Does any of that sound “conservative” to you?  Hell no.

Nevertheless, McMullin is reportedly filing his paperwork with the Federal Election Commission (FEC) this week to challenge Trump – whom he has blasted on social media.

“Authoritarians like (Trump) use promises of law and order to justify infringing on civil rights as they consolidate control by force,” McMullin tweeted late last month.

“As Donald Trump continues attacking Muslims and as a former CIA officer, I’d like all Americans to know the truth: American and other Muslims have played a central role in virtually every counterterrorism win we’ve had since 9/11,” he wrote on his Facebook page.  “They are an indispensable asset in this fight. Attacking them as a group makes America weaker, not stronger.”

The “Republicans” pulling McMullin’s strings clearly believe now is the time to capitalize on Trump’s recent missteps – which turned a narrow post-convention lead over Clinton into a seven-point deficit (according to the latest national aggregate polling from RealClearPolitics).

Perhaps … but the fact they couldn’t find anyone else to carry this banner suggests the answer is “no.”  Unless, again, this is part of a broader state-by-state strategy to undermine Trump’s support.