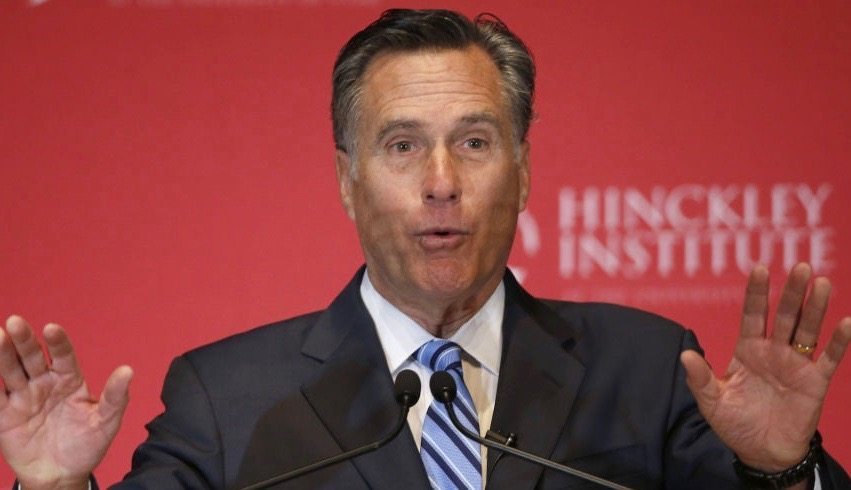 Mitt Romney – hand-picked by the “Republican” establishment four years ago as the candidate most likely to defeat Barack Obama (oops) – has been blasting GOP frontrunner Donald Trump lately.

“Here’s what I know: Donald Trump is a phony, a fraud,” Romney said during a high-profile address last week. “His promises are as worthless as a degree from Trump University.  He’s playing members of the American public for suckers: He gets a free ride to the White House, and all we get is a lousy hat.”

Of course it is …

It’s all part of the “Republican” party’s last-ditch effort to keep Trump from getting the GOP nomination.

As is his custom, Trump wasted little time in firing back – recalling how Romney prostrated himself to receive Trump’s endorsement in 2012.

“He was begging for my endorsement,” Trump said.  “I could have said, ‘Mitt, drop to your knees’ – he would have dropped to his knees.”

So, who won this clash of GOP titans?  Trump did … like a boss.

According to a new Morning Consult poll released this week, Romney’s speech “had very little effect on the GOP frontrunner.”  In fact, it appears as though Romney’s attack actually helped Trump.

Romney also got badly bruised in the process, wilting under questioning about his prior support for Trump.

“You laid out a whole bunch of things that you thought disqualified Trump, not just his business background, you thought his support for terrorists could lead to a trade war, you were pretty critical of the vulgar language that he uses, the insulting of Muslims. But, you know, he was pretty insulting of Muslims four years ago,” Todd said.

Romney offered nothing in response other than to regurgitate his attacks …

What do you think of Romney’s involvement in the 2016 presidential race?   Share your thoughts in our comments section below …