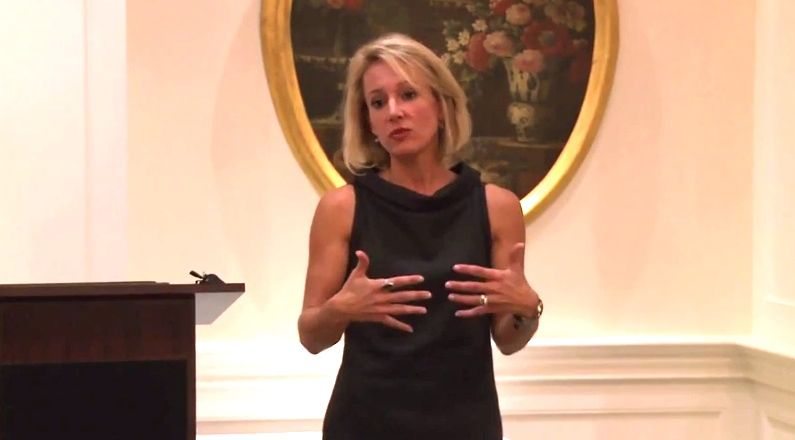 Former S.C. Department of Health and Environmental Control (SCDHEC) director Catherine Templeton is taking steps to position herself as a candidate for governor of South Carolina in 2018, multiple sources familiar with her recent moves tell us.

According to our sources, Templeton has been doing a “deep dive” on the state’s record-breaking $28 billion budget – which went into effect last week.

“She’s digging,” one official told us, saying Templeton recently reached out in search of financial data on state spending and borrowing.

“I sent her a pile of spreadsheets,” the official said.

What is Templeton looking for, exactly?  It’s not immediately clear – although she does have a history of digging deep into budgets in pursuit of taxpayer savings.

In addition to policy research, Templeton – a Lowcountry attorney who turned down an appointment to the National Labor Relations Board (NLRB) last spring – is working to assemble a team to manage her 2018 candidacy.

Templeton’s gubernatorial aspirations are obviously no secret.  In fact they’ve been discussed in political circles for more than a year – and have recently attracted mainstream media attention.

Assuming she follows through on her intention to run (which at this point seems highly likely), Templeton would be part of a very crowded “Republican” field.

S.C. attorney general Alan Wilson could also still run – although he will be lucky to keep his current job in the aftermath of his recent political implosion.

Finally, there are persistent rumors that U.S. Rep. Mark Sanford might seek the office he held from 2003-11.  Sanford still has $1 million remaining in his 2006 gubernatorial reelection account – although he is viewed as exceedingly vulnerable at the moment.

Our view?  Since she took the SCDHEC job in 2012 Templeton has impressed us.  She’s brilliant, well-connected, has earned a reputation as a “fixer” and is a natural at politics.

The 2018 gubernatorial election is likely to be marked by persistent voter unrest and revulsion against career politicians.  Of all the candidates (and would-be candidates) mentioned in this article, none are better positioned to capitalize on these conditions than Templeton.

Let’s hope she’s able to do that …

Of course if she doesn’t, it seems clear at this point someone will.

Letter: May The Confederate Flag Decline In Vigor And Strength