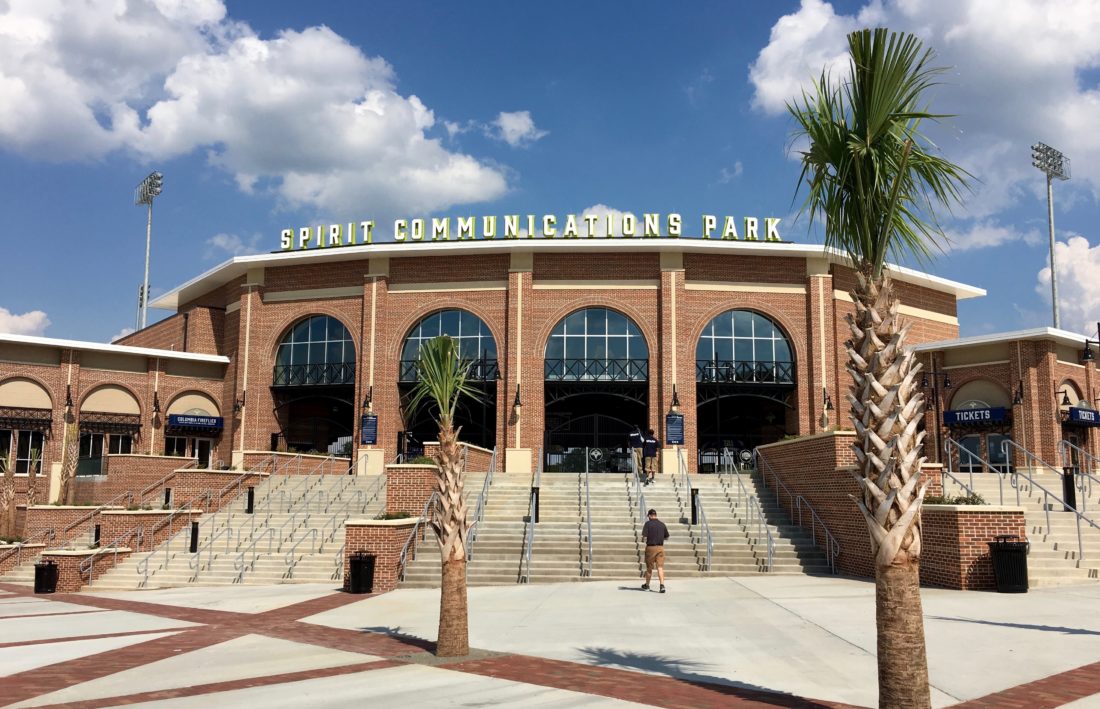 || By WILL FOLKS || You wouldn’t think attending “Faith and Family Night” at a government subsidized baseball stadium would be my cup of tea, would you?

It isn’t … certainly not at Spirit Communications Park, home of the Columbia Fireflies of the South Atlantic League.

This, of course, is the over-budget, taxpayer-funded baseball stadium that’s been heralded as the cornerstone of the Bull Street redevelopment – a project this website (and the City of Columbia, S.C.’s accountants) adamantly opposed.

Don’t bet on it … although if you are a taxpayer living in Columbia, S.C., I guess it’s a little too late for that.

Still, I’m going – putting my ideological indignation aside (and depriving my bank account of untold riches) in an effort to make sure my kids don’t hate me when they’re grown-ups.

Seriously, after today the old “You never took me to a baseball game, Dad!” complaint will be officially off the table.

Beyond that, I’m genuinely curious.

I’m curious how many people will attend – and what sort of people they will be (i.e. how drunk do they get).  I’m curious what the atmosphere will be like: Will Owl City’s “Fireflies” be played from the public address system?  Will there be mascot races around the base paths?  Will anybody start a fight and get thrown out?  Will my inner Terence Mann be channeled?

Times are tight.  Every penny matters.

Speaking of: I’m curious about the much-discussed status of the broader Bull Street redevelopment.  In what sort of shape is the rest of this heavily-subsidized complex?  Remember, Benjamin and his cronies on Columbia city council skimped on water and sewer services for years to build this thing … giving taxpayers the old “if you build it, they will come” line from Field of Dreams.

I’ve heard the ballpark is beautiful but the surrounding areas look a lot like Chernobyl, but it will be interesting to see for myself.

And finally, as a fantasy baseball junkie I’m curious to see what sort of prospects the New York Mets and San Francisco Giants are putting on the field at the single-A level (the Fireflies feed into the Mets’ system, while the Augusta GreenJackets – their opponent on this particular night – feed into the Giants’ system).

Anyway, stay tuned … I look forward to sharing my thoughts from the new, government-subsidized ballpark.