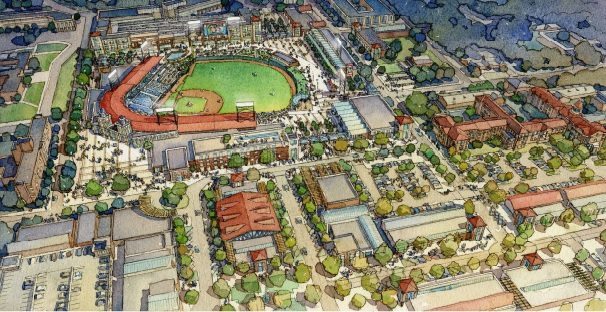 || By FITSNEWS || This website weighed in repeatedly against the government subsidization of a private developer’s downtown Columbia, S.C. “revitalization” project: But government didn’t listen …

We also weighed in repeatedly against the government subsidization of a private baseball stadium proposed within this broader renovation project … but again: Government didn’t listen.

The stadium was originally supposed to cost $35 million – but before construction even began its price tag had jumped to $37 million ($30 million from City of Columbia taxpayers, only $7 million from the private investors).

Now sources tell FITS the project – the brainchild of Columbia, S.C. mayor Steve Benjamin – has come in “way” over budget.

“Design team won’t say publicly how much, but only that it is ‘way’ over budget and they are trimming and asking for value engineering from all sources,” someone familiar with the process tells FITS.

“That is construction lingo for ‘how can we cut money out of job,'” our source explained.  “Only way to do it is to cheapen things up. Decide what you can do without.”

Seriously … can South Carolina’s capital city do anything without completely screwing the pooch?

And bear in mind this is one of two government-subsidized baseball stadiums in the city … well, three now that we think about it.

We’ve said it before and we’ll say it again: Building stadiums is not a core function of government.  Nor is the higher education racket that effectively doubles as a modern-day slave market for talented athletes.