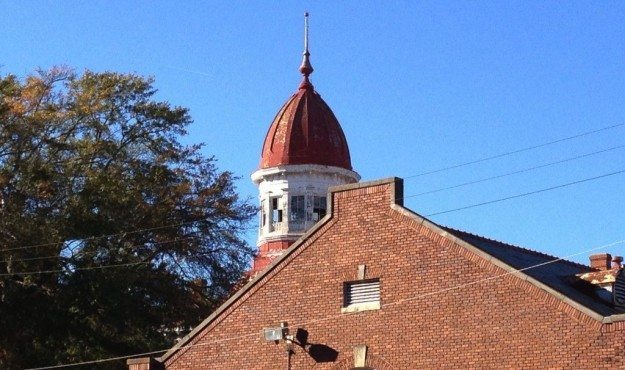 There’s been some light reporting on this in other media outlets, but it turns out the lawyers responsible for advising the City of Columbia, S.C. on financial matters were adamantly opposed to mayor Steve Benjamin’s massive “Bull Street boondoggle.”

In fact a memorandum from the city’s attorneys to Benjamin and city council members lays bare the grave concerns they had with this recent crony capitalist “economic development” deal.

For those of you unfamiliar with this boondoggle, Columbia taxpayers are on the hook for $71 million as part of a planned “revitalization” of an abandoned mental health facility in downtown Columbia, S.C.

(For an exclusive, behind-the-scenes look at this property, click here).

“We have an ethical duty to advise that the Bull Street Development Agreement, as currently drafted, exposes the City of Columbia to significant legal and financial risks,” the memorandum from city attorneys Ken Gaines and David Tedder states.

The memo proceeds to question whether the city has “a definitive approach or plan to provide the significant levels of funding required under the (agreement)?”

After outlining the numerous obligations associated with the deal – including “low trigger levels” related to the outlay of millions of dollars in taxpayer cash – Gaines and Tedder conclude that “we do not recommend that the Bull Street Development Agreement be approved or made effective.”

The memo is dated July 8, 2013 – one day after city councilwoman Leona Plaugh wrote on this website that “the city needs to put the brakes on the Bull Street project” owing to the need for “more public input” and “greater details from the developer.”

“Rushing this process over the July 4th holiday period is not the type of government citizens deserve and expect,” Plaugh wrote.

Somehow, the memo never saw the light of day … and on July 9 city council voted 4-2 in favor of the deal with Greenville developer Bob Hughes.

Benjamin’s response to the memo?

Naturally, he’s not addressing its merits – or the serious questions it raises about the financial wisdom of the deal he rammed through city council. He is attacking the person he suspects leaked it – and chalking the whole thing up to dirty political campaigning.

“I find it regrettable that a member of City Council would anonymously, unethically and possibly illegally release a document in an attempt to mislead the public,” Benjamin told WIS TV 10 (NBC – Columbia, S.C.). “I assume this is what we can come to expect during campaign season.”