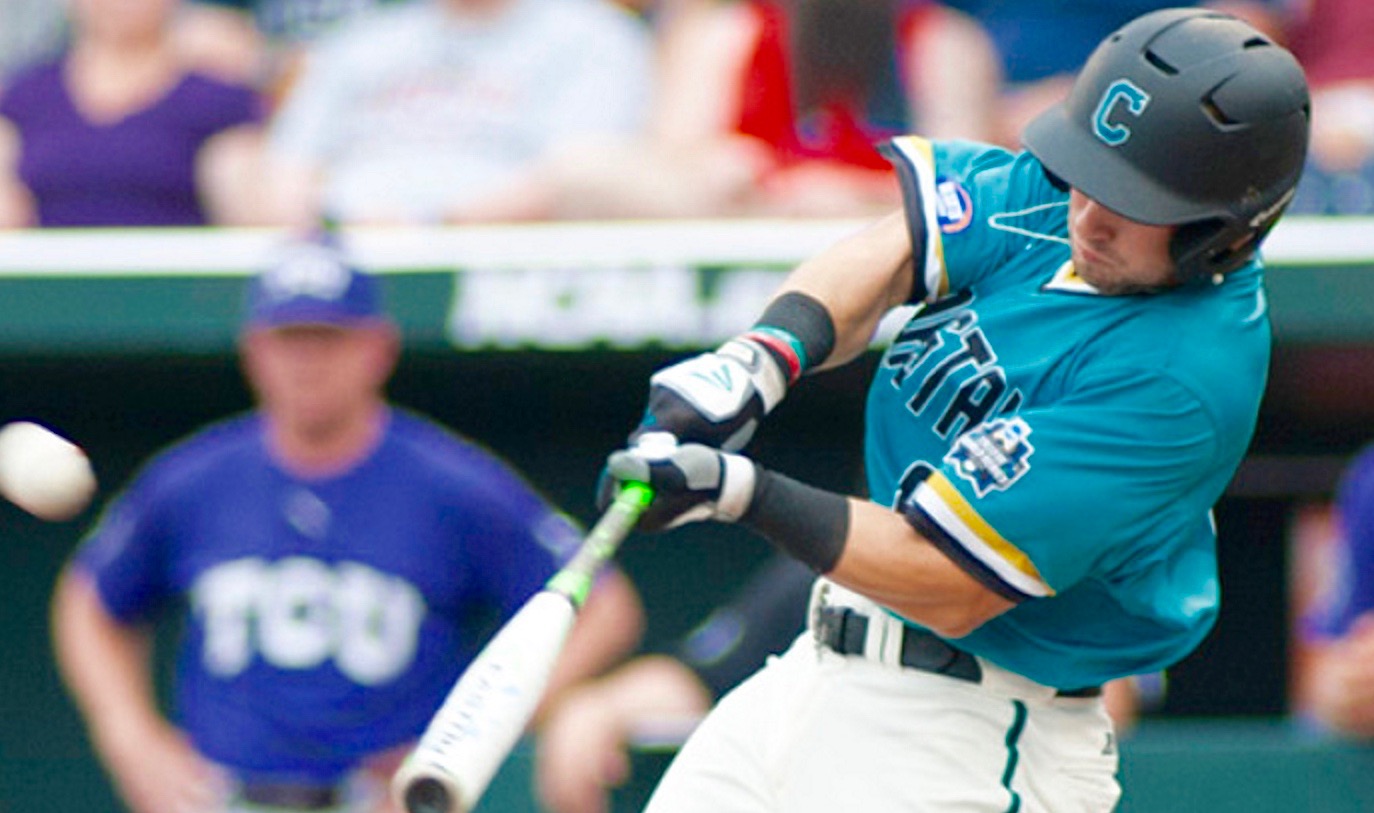 Coastal Carolina University’s first trip to the College World Series in Omaha, Nebraska continues to be a memorable one – just not a “Cinderella” one.

“By no means are they a Cinderella,” said Texas Christian University (TCU) coach Jim Schlossnagle after the scrappy Chanticleers bounced his team from contention.  “You don’t win 53 games as a Cinderella. That’s a team that’s a legit national title contender.”

Indeed they are.  And now the Chanticleers – whose mascot is named after a fairy tale rooster – are just two wins away from taking home the program’s first-ever national title.

To do it, the Conway, S.C.-based team will have to take two games away from perennial PAC-12 powerhouse Arizona – which won the CWS in 2012 (spoiling the University of South Carolina’s bid for a third consecutive national championship).

The best-of-three series is the first CWS final since 1999 not to feature a national seed.  No. 5 Texas Tech was the last seed standing – but they were eliminated by the Chanticleers last Thursday.

Coastal Carolina punched its ticket to the CWS final thanks to the bat of senior infielder Tyler Chadwick.  The 5-foot-9, 195-pound native of Waxhaw, N.C. rapped three hits in four at-bats – including a second inning home run to open the scoring.

Cunningham gave up four runs on eight hits over six and one-third innings – striking out three and walking one.

As you watch this week’s best-of-three series between the Chanticleers and the Wildcats, be sure to keep an eye on the Coastal Carolina dugout. In addition to its bizarre pregame handshake rituals, the team has adopted an inflatable shark named “George” – dubbed a “rescue pet” – to go with a pet stuffed monkey named “Rafiki.”

Coastal tacks on 2 more on the Owings 2-run double… 7-1 Chants in the 4th! #CWS pic.twitter.com/q5ZUUrAI1C