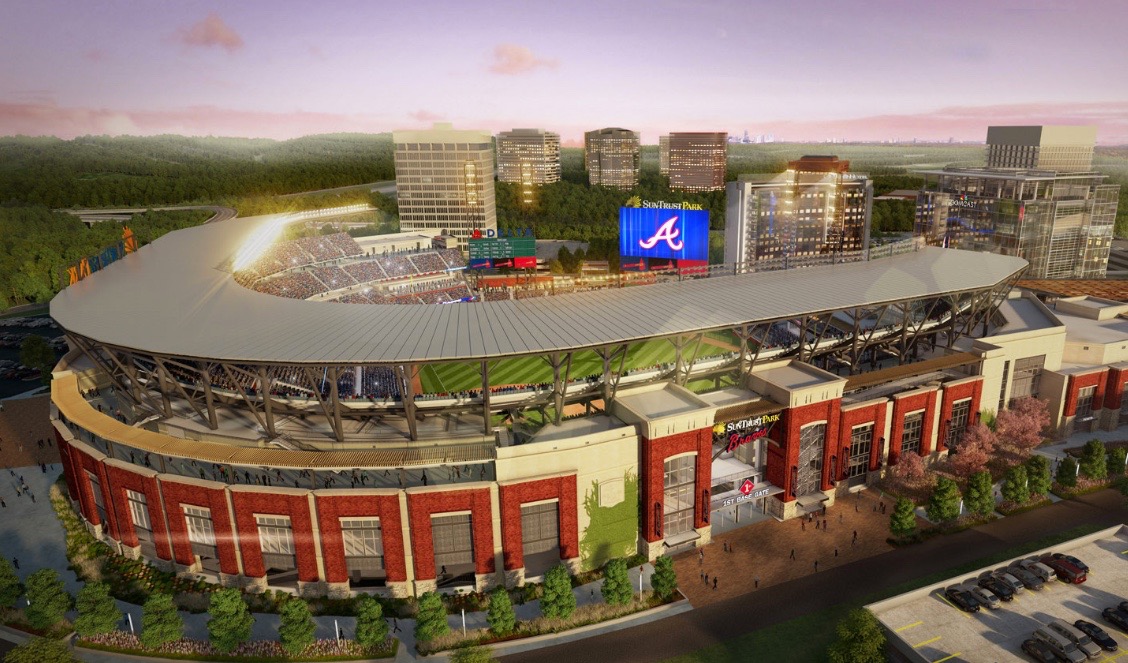 FRANCHISE IS TERRIBLE FOR BASEBALL … EVEN WORSE FOR TAXPAYERS

Screw the Atlanta Braves. There … we said it.  And it needed to be said.

No, we’re not talking about the team’s abysmal 6-19 start … although they are on pace to win fewer games than any team in the modern era (save for the 1916 Philadelphia Athletics).  Nor are we talking about the fact Atlanta has hit only five home runs all year (by comparison, there are currently 27 hitters who have slugged more long balls individually than the Braves have collectively).

We’re not talking about that either …

We don’t care that the Braves suck.  In fact we want them to lose.

Why?  Well, as this exclusive report from Bloomberg Business reveals, the Braves are no longer really in the baseball business … they’re in the screwing taxpayers business.

Preying on impressionable/ corrupt local leaders, the Braves’ organization has deprived taxpayers in Georgia and Mississippi of hundreds of millions of dollars to subsidize gleaming new ballparks at every level of competition.

Over the last 15 years, the Braves have extracted nearly half a billion in public funds for four new homes, each bigger and more expensive than the last. The crown jewel, backed by $392 million in public funding, is a $722 million, 41,500-seat stadium for the major league club set to open next year in Cobb County, northwest of Atlanta. Before Cobb, the Braves built three minor league parks, working their way up the ladder from Single A to Triple A. In every case, they switched cities, pitting their new host against the old during negotiations. They showered attention on local officials unaccustomed to dealing with a big-league franchise and, in the end, left most of the cost on the public ledger. Says Joel Maxcy, a sports economist at Drexel University: “If there’s one thing the Braves know how to do, it’s how to get money out of taxpayers.”

The team can’t hit, throw, catch or run … but they sure can steal.

Don’t believe us?  Take a look at this excerpt from the Bloomberg report …

The math is almost always the same when cities build ballparks: Teams keep most of the money spent by fans, and the share that cities get – rents, ticket surcharges, parking fees, cuts of concession sales – is rarely enough to keep up with debt costs, let alone generate a surplus. “You can’t sell enough hot dogs, and get a penny or two in sales tax, to pay off a $50 million stadium,” says Nola Agha, a University of San Francisco professor of sports management, who’s studied minor league financing.

Cities keep trying, but the economic stimulus provided by pro sports teams—the parking lots full of out-of-state license plates, the overflowing restaurants—is more anecdotal than real. Agha looked at 283 cities with minor league teams from 1985 to 2006. While she found modest increases in per capita income in some cases (mostly midsize cities with Triple-A teams), the tax gains rarely covered stadium expenses. In another study, she found that people will sometimes pay a little more in rent, all other things being equal, to be in a town with a minor league team. Again, the increases didn’t justify the levels of public spending. “In general, it doesn’t pay off,” she says. “You can look at the numbers up and down and sideways.”

This scam obviously isn’t news to us …

We ripped the Braves a few years back when the team’s new government-subsidized stadium was announced.  Also, we’ve been similarly critical of taxpayer-subsidized facilities in our own neck of the woods – which drain resources away from core government functions.

But it’s not just about prioritization of spending.  There’s a more basic truth here: It simply isn’t taxpayers’ responsibility to fund any sort of private enterprise … especially not with tax hikes.

Look, we get that baseball is a business.  As much as we like to wax nostalgic about the national pastime, we understand it has become a big industry … albeit one that rakes in big dollars for a very small group of people.

That’s fine with us – assuming we’re dealing with a voluntary exchange occurring within the free market.  In the case of the Braves, though, they are relying on local governments to pick up the tab.

Take the case of the AAA Gwinnett Braves – which cost county taxpayers $1.6 million last year as the franchise dealt with its seventh straight season of declining attendance.

“Seven years into the experiment that is the Gwinnett Braves, the numbers make it clear: The county built it. They have not come,” Arielle Kass of The Atlanta Journal-Constitution reported last fall. “Attendance at the minor league ball club is second-to-last in the league, down more than a third since the team came to northern Gwinnett in 2009. None of the planned shops or restaurants has materialized. Naming rights for the ballfield brought in half of what was expected.”

Still, elected officials who approved the costly project call it a “success.”

Obviously Atlanta isn’t doing anything that other major league teams aren’t doing (remember the Citi Field debacle?) … they just seem to be especially bad and brazen at it.

Our hope?  That the Braves – and the taxpayers in these select municipalities – continue to lose.  It’s a hard lesson, to be sure, but one that could eventually wind up being instructive the next time these leeches go preying on easily-duped local leaders.