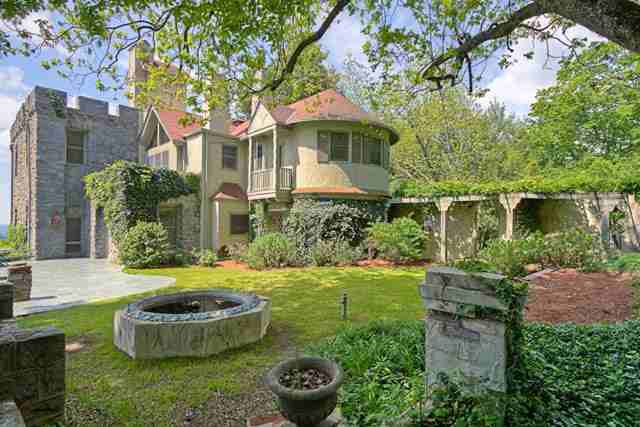 As we reported yesterday, prosecutors in the South Carolina Upstate have declined to charge wealthy businessman Allen Stephenson – founder of the Southern Tide apparel company – in the wake of last month’s fatal shooting of a man on his property.

That decision prompted a stern rebuke from attorneys representing the family of the victim, 32-year-old Matthew Whitman.  They claim Stephenson “aggressively initiated” the confrontation and had a history of erratic behavior.  The decision by S.C. thirteenth circuit solicitor Walt Wilkins also prompted Stephenson’s attorney to fire back with some strong words of his own, alleging that Whitman was depressed and emotionally unstable at the time of the incident.

What does the evidence say?  What really went down on the morning of Saturday March 19 on the grounds of Stephenson’s sprawling, 30-acre estate on the south slope of Paris Mountain?

Did the politically-connected 29-year-old really face a mortal threat from a knife-wielding mad man (the version of events law enforcement and prosecutors have accepted)?  Or did Stephenson needlessly provoke the fatal confrontation?

Most importantly: Did politics play a role in Wilkins’ decision not to prosecute?

There are some curious discrepancies contained in recently-released police reports related to the incident, which was kept under tight wraps over the last month by Wilkins’ office and sheriff’s deputies.

Among these discrepancies?  The fact that the knife Whitman allegedly wielded prior to charging the 29-year-old businessman was said to have been found in the victim’s hand.  We first noted this curious reference in the case file document that cleared Stephenson.

“The knife in question was recovered from (Whitman’s) right hand,” investigators noted in the filing.

Hold up … when police arrived at the scene the knife was actually still in Whitman’s hand?

“We approached the residence from the driveway and I observed a suspect unresponsive on the ground with a gunshot wound to the face,” one of the responding sheriff’s deputies noted in a supplemental police report. “I observed a knife in the subject’s right hand.”

Hmmm … that seems odd, doesn’t it?

According to a previous supplemental incident report, Stephenson told police he “shot (Whitman) multiple times,” causing him to fall to the ground.

In fact “(Stephenson) watched as the victim fell to the ground, and then went back inside to wait for police,” according to the report.

Our question: How did Whitman manage to hang on to the knife?

Seriously … this guy took three or four rounds from a 12-gauge riot shotgun (including at least one round to the face) prior to falling to the ground.  Wouldn’t he have dropped the knife at some point during that commotion?

We’ve spoken to three law enforcement sources who told us involuntary muscle spasms that could have “made the suspect’s hand clench the knife,” but these sources told us that it’s every bit as likely – if not more likely – that the knife would have fallen from his hand at some point during the shooting or the fall.

Also curious?  Stephenson told police he had security cameras installed on his property the day before the shooting, “but none of them (were) working yet.”

Make no mistake: Whitman was trespassing on Stephenson’s property.  And if Stephenson’s narrative is accurate,  he had every right to defend himself.  This website supports the Second Amendment.  We also adamantly support “Stand Your Ground” laws and “Castle Doctrine” protections – both of which were invoked by Wilkins by way of justifying his decision not to prosecute Stephenson.

We are concerned, however, that this decision was reached by a solicitor whose office was deeply conflicted in the case – rendering doubt as to the objectivity of its findings.   In other words any discrepancy is going to loom larger in this case than others … and so far it seems as though there’s going to be no shortage of discrepancies.