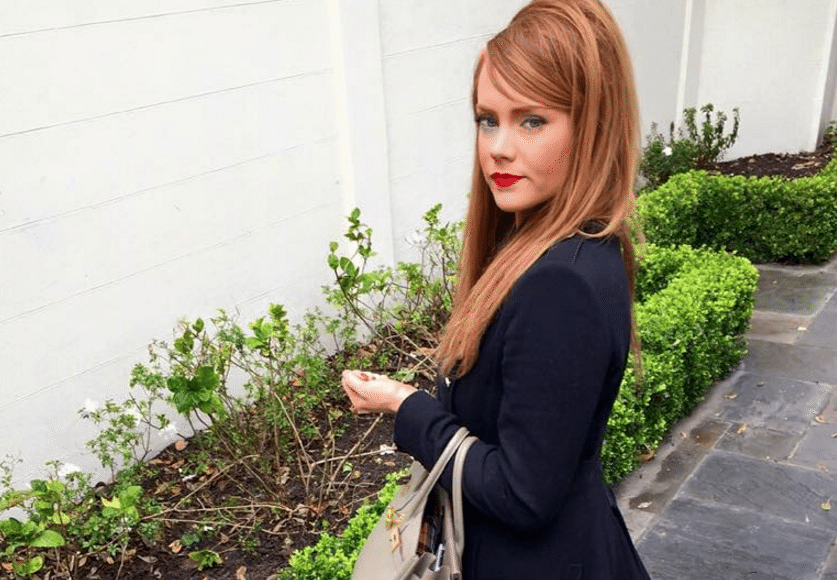 At the peak of her reality show stardom, Southern Charm star Kathryn Dennis is being rocked by some seismic allegations …

Specifically, a string of 2015 text messages provided to this website (and other news outlets, it would appear) strongly suggests that the 24-year-old Bravo TV starlet – who has single-handedly powered the resurgence of the Charleston, S.C.-based show – was involved in a romantic relationship with an individual who also allegedly provided her with drugs.

All while she was pregnant …

The text messages – which span from July to September of last year – include multiple references to marijuana deals, stays in hotel rooms and graphic sexual acts.

We are not the only website who has received the messages, either.  At least two other media outlets have been provided the information and are reportedly working to confirm the story … which comes less than 48 hours after the premiere of Southern Charm‘s third season.

Dennis has previously denied such allegations …

Her comment in response to the leaking of the text messages?  The first words spoken by Jesus Christ as he hung from the cross (according to the Gospel of Luke).

“Forgive them Father for they know not what they do,” she told us.

Meanwhile the individual alleged to have been Dennis’ dealer/ lover claimed the messages were “100 (percent) falsified and not true.”

“I will consider and treat any reprinting of these (messages) as slander and will take the proper legal actions necessary to combat any attack against my character,” the individual wrote us in response to being provided with screenshots of the messages.

Here are some redacted screen caps … 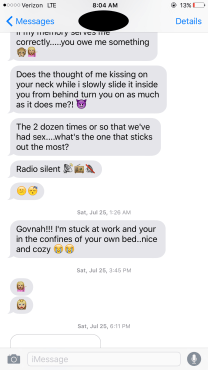 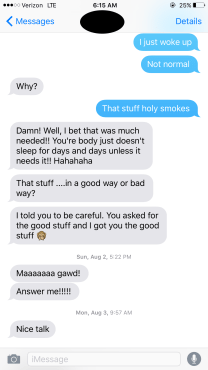 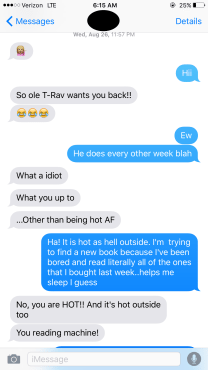 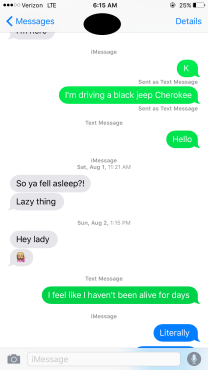 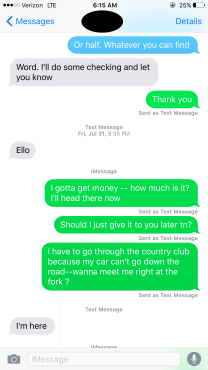 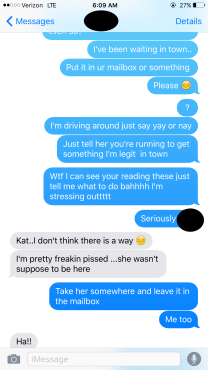 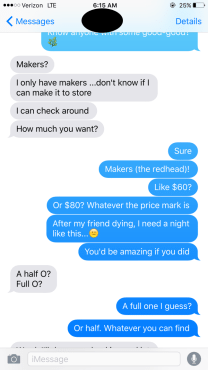 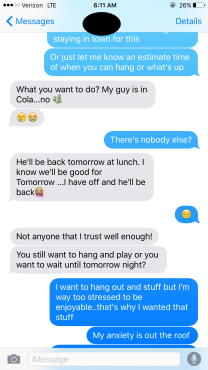 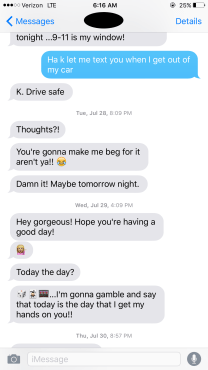 In the meantime, Thomas Ravenel – Dennis’ Southern Charm co-star, ex-boyfriend and the father of her two children – did not immediately respond to our request for comment regarding the allegations.

The 54-year-old playboy – who just broke up with model Nadia Bakalova – is reportedly upset because Dennis is refusing to allow him access to the couple’s two young children, two-year-old Kensington Calhoun Ravenel and five-month-old St. Julien Rembert Ravenel.

UPDATE: Dennis’ agent threatens us with a lawsuit.