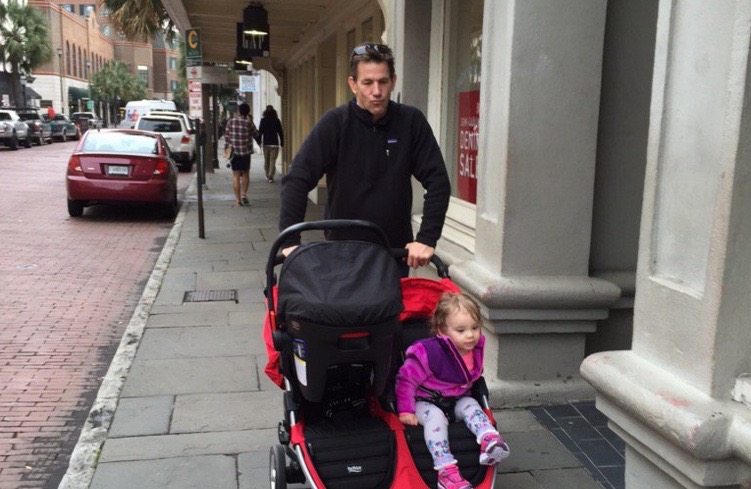 MEANWHILE: DRAMA WITH THE NEW GIRLFRIEND REACHES THIS WEBSITE

A month after giving Dennis an “F-minus” in mothering, the Bravo TV star is now referring to her as an “agent of the devil.” What did she do? According to “T-Rav,” Dennis is allegedly keeping him away from the couple’s two young children – two-year-old Kensington Calhoun Ravenel and four-month-old St. Julien Rembert Ravenel.

“I really love my kids but because I have zero rights to see them in South Carolina, I am moving to another state and having more,” Ravenel wrote on his Facebook page.  “Never again will an agent of the Devil deny me the right to be with my kids.”

In a related tweet, Ravenel referred to Dennis as an “immature child.”

It’s not clear whether moving will give Ravenel any additional parental rights – as those laws are usually enforced in the state in which the children permanently reside.  But it’s very clear the tension between these two co-stars is at an all-time high.

Ravenel has been ramping up his criticism of Dennis in the aftermath of an interview she gave last month to this website.  In that conversation, she described her relationship with Ravenel as “over” and vowed to “do anything and everything I have to do to protect (her children) from anything or anyone that might hurt them.”

In related news, one of Ravenel’s recent rumored love interests – Nadia Bakalova – continues attracting lots of attention.  In fact we received an angry message from one of her ex-boyfriends accusing us of “throwing (his) name out there” in regards to inquiries involving Bakalova.

“I’ll take what I know to a family court judge and won’t let my name be thrown around with the crap you try to stir up,” the angry ex said.

The latest off-camera drama comes as Southern Charm prepares for the premiere of its third season on Bravo TV.

We reported exclusively last July that the show would be renewed.  We were also the first website to report on the rumors surrounding Dennis’ second pregnancy.  Long before that, we were the first website to report on the show itself.  Heck, our founding editor Will Folks – who is alternately credited/ blamed for introducing Ravenel and Dennis – had a cameo on Southern Charm’s series premiere in the spring of 2014.

For a preview of the on-camera action on tap for the show’s third season, click here …