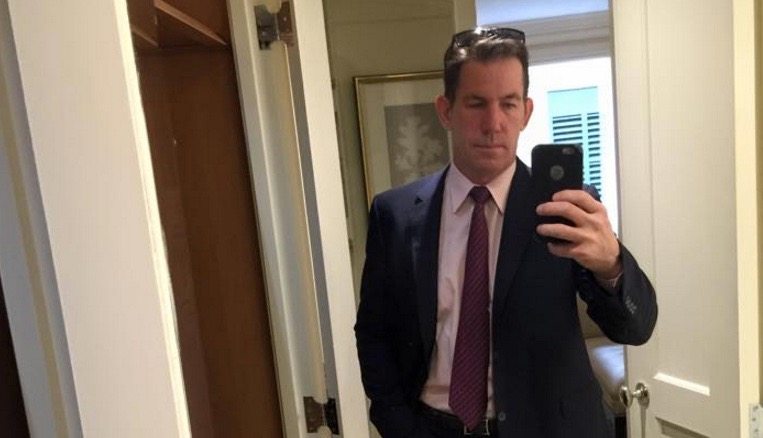 SAYS HE IS HIS CHILDREN’S “ONLY SALVATION”

Former S.C. State Treasurer and reality television star Thomas Ravenel is on social media unleashing yet another torrent of vitriol against Kathryn Dennis, the mother of his two young children and his co-star on the Bravo TV hit show Southern Charm.

The 53-year-old playboy accused Dennis of “going out every night and coming home between 3:00 am and 6:00 am and waking up between noon and 2:00 pm.”  He also blasted her parenting of the couple’s two young children – two-year-old Kensington Calhoun Ravenel and three-month-old St. Julien Rembert Ravenel.

“Never holding, changing their diapers or taking them outside is not good parenting,” he wrote. “As a mom she gets an F-.”

“This is the bedroom of the mother of my children,” he wrote.  “She is mentally ill.  The State of SC gives her all parental rights.  She will not allow me or my family to see my kids.  I’m their only salvation. Will someone help me?”

Ravenel’s post comes just days after Dennis gave a lengthy interview with FITSNews.com indicating their relationship was “off.”

The 24-year-old was not immediately available to respond to her ex-boyfriend’s latest broadside.  Or … she was channeling Sun Tzu in the Art of War and not interrupting her adversary in the midst of, well, being himself.

UPDATE: Shocker … Ravenel has removed his Facebook post.  Fortunately we saved the screenshots. Here’s one of them … 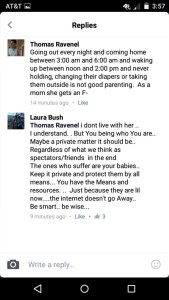