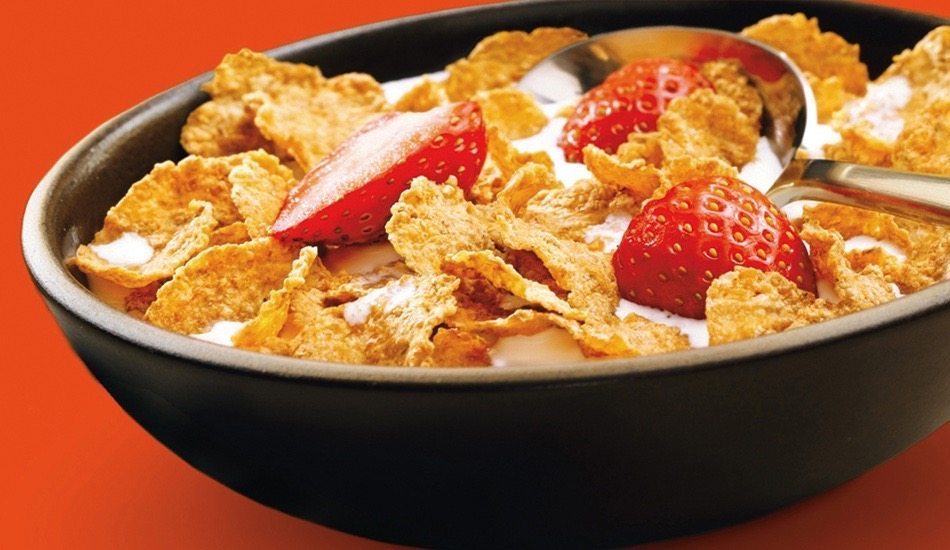 FORTY PERCENT OF THEM CANNOT BE BOTHERED WITH “INCONVENIENCE”

America’s “generation that couldn’t” is back in the news this week after a study suggested they weren’t eating their Wheaties … or any other cereal for that matter.

What gives?  Is this a price of milk issue?

Apparently millennials cannot be bothered with pouring the milk … or cleaning the bowl after they’ve finished eating.

“Almost 40 percent of the millennials surveyed by Mintel for its 2015 report said cereal was an inconvenient breakfast choice because they had to clean up after eating it,” Kim Severson reported for The New York Times this week.

So previous generations won our independence, tamed the frontier, beat the Nazis, put a man on the moon and won the Cold War … yet these people can’t lift a friggin’ spoon because it’s “inconvenient?”

Seriously where is Buzz Aldrin?  He should punch every single one of these millennials in the face …

Don’t worry, though, surely the next generation will be better … right?

How The GOP “Benetton Commercial” Played In South Carolina

America: The Thrill Is Gone

“Spread The Wealth Around” Fail

And everyone wonders why these little pussies go to college and start crying in public because they are not protected in “safe zones.”

It’s almost like they are GOP presidential candidates, right?

Yuk..Yuk that was almost pitiful.

And then we have the vast ring wing conspiracy.

Every time “WHATEVER” writes something, I keep hearing a secondary backmask, which when played backwards, sounds like, “The Sow Belongs To MEEE!!!” (cue Michael Oldfield)

That’s a good one.
‘Whatever” is true to his name.
You know, “Whatever.”
Lately, He has been coming in after me and other people trying to response in a way that could be considered a cute little quip. Sounds like fifth grade recess playground banter.

That is no way to talk about a fifth-grader! (rim shot!)

Will, your generation has yet to accomplish anything of note. Unless making up rumors of an affair with a married woman, getting fired from your jobs with the GOP and getting run out of your political party count?

And getting fired by him and then calling to cops when he sends Will mean text messages. Will’s a real, white man’s man.

Certainly explains why he would back Trump. Oh my! http://www.huffingtonpost.com/entry/donald-trump-noam-chomsky-white-mortality_us_56cf8618e4b0bf0dab31838f

Makes you wonder how a boy with a blog with ZERO advertisers for months now can afford to raise five young children without some form of outside assistance. EBT? Trump dollars under the table? Welfare?

Trump is just recently, someone’s got to be funding him long-term. Probably people affiliated with think tanks.

Probably Democrat supporting think tanks. Will is doing all he can to handicap the potential GOP nominee and hand the election to another Democrat.

Makes you wonder how a boy with a blog with ZERO advertisers for months now can afford to raise five young children without some form of outside assistance.

The lack of advertisers is made for by volume.

Maybe, but if you are GOP voter you want live long enough to see it. You’ve got about ten years tops.

It’s hard to do much of anything productive after the insulin shock. Good riddance to that whole industry.

pepper: I also will sprinkle Zatarain”s Blackened Seasoning or Clover Valley Soul Food Seasoning ( but not together, thank you!)

Scorned for years, yet now back in vogue (medically speaking). Funny how science finally came ’round for us on this one…eat up!

I don’t eat breakfast cereal because I can’t eat it in the car on my way to work so in that sense yes, it’s inconvenient.

I have 4 children under 5 years old so yeah, every minute is precious. As a matter of fact I generally make a hot breakfast for the wife and kids before I leave for work. Unless it’s a breakfast sandwich I don’t partake myself.

Didn’t watch the video, just figure that statement is a dream of yours.

Wait a minute.
Didn’t the cereal makers address this issue decades ago??
Come on you old fogies like me, don’t you remember those tiny little single-serving “snack pack” assortments of mini boxes of breakfast cereal??
They came with two options for serving: Either you tore off the top of the box and poured the cereal into a bowl just like you do with a full sized box

….OR you could split open the front of the box (it was even perforated to open like a pair of double doors) split open the plastic (or waxed paper) liner, pour the milk directly in and turn the whole little box into an instant, disposable, cereal bowl.

I haven’t actually seen one of these in years. Maybe they’re not made any more.
But, hey, if using and cleaning a cereal bowl is such a strenuous inhuman arduous chore, here’s a chance for General Mills and Kellogg’s to bring back those millennials.

And, of course, there’s always the option of eating it by the handful out of the big boxes. Hey people are busy!

Of course I remember.I’m glad another cereal survivor is still alive.How do you feel about,Crispy Critters ?

I remember that!
There were five kids in our family, raised in the fifties and sixties. Our mother, one morning a week would break out the Kellogg’s Variety pack for breakfast, throw some bananas and milk on the table and tell us to have at it. A variety of their cereal all packaged together, I remember fighting with with my siblings,usually for the ones that were laced with the most sugar.
Usually my mother cooked a full breakfast for seven people before she headed off to work. And you are right , no dishes to do, our dogs loved licking out the boxes..

Don’t be dull. They don’t eat breakfast cereal because we now know carbs and sugar are killing us. And wheat gluten is killing us even faster. Millenials are lazy, but that is irrelevant to their dietary choices.