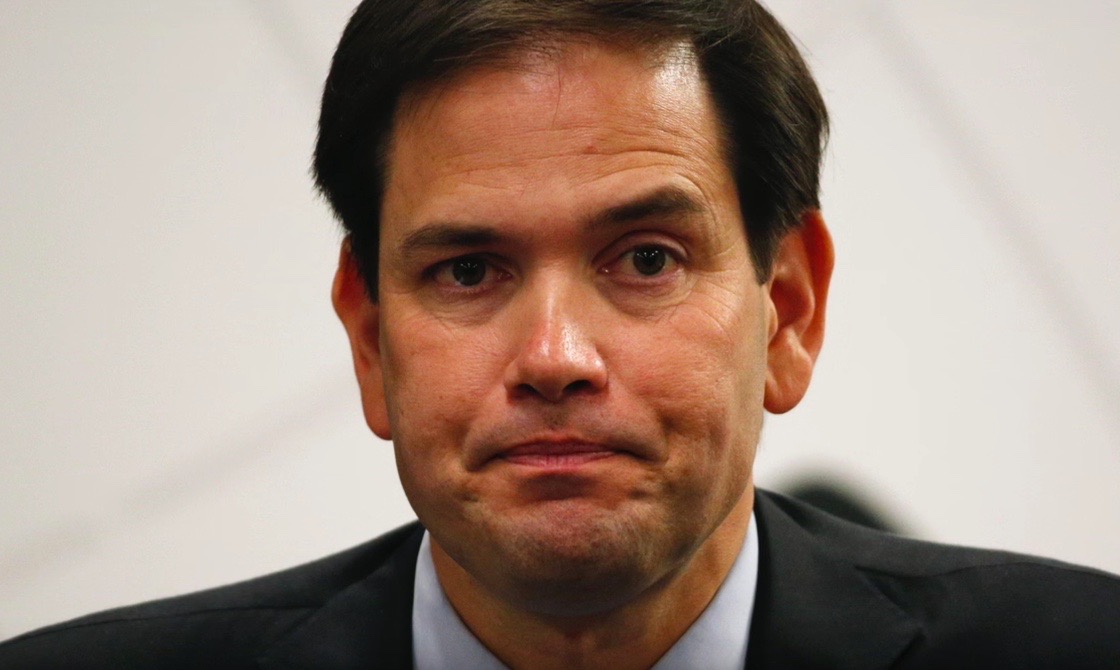 Last August, U.S. Senator Marco Rubio of Florida boldly proclaimed the GOP would be “the party of the bartenders and the maids, of the people that clean our rooms and fix our cars.”

LOL … and the sugar barons and all the other crony capitalists standing to benefit from that “free trade” deal he cast the deciding vote to support.

“If I thought that raising the minimum wage was the best way to help people increase their pay, I would be all for it, but it isn’t. In the 20th century, it’s a disaster,” Rubio said last November during a GOP debate.

He’s correct.  This website has repeatedly argued against raising the minimum wage (at the federal and state level).

“Government has no business defining such a standard in the free market – or compelling its enforcement,” we wrote back in 2013.  “Wages should be based on what the market will bear – anything else is socialism.”

So is this rare moment of simpatico between us and Rubio?

As it turns out, Rubio has some views on wages that run explicitly counter to all of his pre-programmed, focus-group tested talk of making America “the best place in the world to start a business or expand an existing business.”

Two years ago, Rubio announced his intention to “to replace the earned income tax credit with a federal wage enhancement for qualifying low-wage jobs.”

“This would allow an unemployed individual to take a job that pays, say, $18,000 a year – which on its own is not enough to make ends meet – but then receive a federal enhancement to make the job a more enticing alternative to collecting unemployment insurance,” Rubio said.

He added that his new subsidy would be “highly targeted to avoid fraud or abuse” and would be set according to “a range of factors.”

Sounds good?  Sure it sounds good … but like a lot of things Rubio says,

The earned income tax credit (or EITC) is one of the largest welfare programs in the country – costing taxpayers upwards of $60 billion annually.

It’s also one of the most poorly managed, with the U.S. Treasury Department recently concluding that the program’s error rate from 2003-2012 averaged around twenty percent a year.  That’s more than $13 billion in annual overpayments.

Rubio claims his plan would fix all of these problems – hailing it as a new, market-based approach to fighting the federal government’s demonstrably failed “war on poverty.”

“For fifty years now, we have tried big government,” he said.  “Yet too many people remain trapped in despair. Now, we must try a new way.  One that addresses the things keeping so many people from the better life they want.”

Again, that sounds great … but how is providing a guaranteed federal wage subsidy anything other than incentivizing dependency under a different name?

One Beltway-area conservative who reached out to us flatly referred to Rubio’s plan as a “scheme to impose a socialist guaranteed income on the country.”

“I don’t believe even Bernie Sanders supports this insanity,” the conservative added.

“Flood the country with illegals and keep wages impossibly low.  Then tax the crap out of the middle class to provide ObamaCare-like ‘wage subsidies’ to low income workers – especially the newly legalized immigrants,” the conservative continued, explaining Rubio’s plan thusly …

Want a raise?  Elect a socialist politician.  McDonald’s is happy – they don’t have to worry about changes to the labor market because the government is paying for it  Forget about innovation with robots or other forms of automation.  Why invest in increasing productivity?  Rubio’s wage commissar has it covered.

At least with the EITC there’s somewhat of a stigma from it being welfare.  Here, Rubio is “employing” people through this guaranteed job/income crap.  Jack Kemp and Vladimir Lenin would be so proud.

In a recent post regarding the economy, we noted that “America’s economy can be rescued – but doing so will require radical reorientation of the governing philosophy in Washington, D.C.”

Rubio’s plan is no “radical reorientation.”  It simply bestows upon the dependency culture a new name – and ensconces it deeper into the fabric of our economic system.

How The GOP “Benetton Commercial” Played In South Carolina