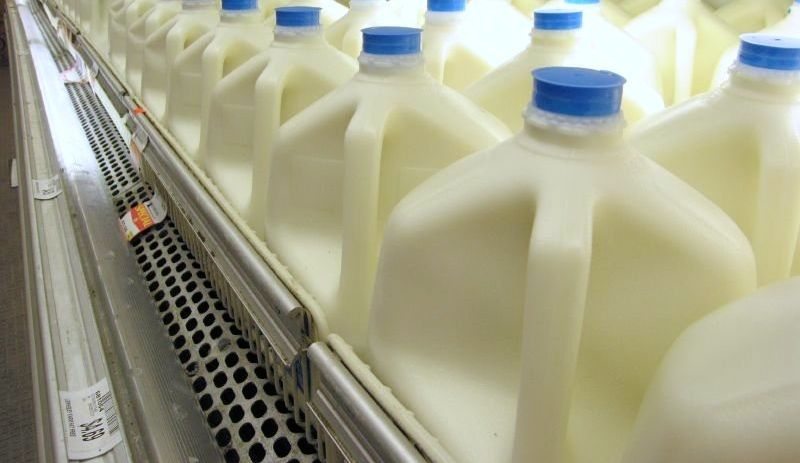 Of course if our experience at a local Kroger grocery story in Columbia, S.C. is any indication – the needle could be moving back in the wrong direction.  We paid $4.09 plus tax for a gallon of store brand milk this morning (August 2, 2014) – although the pre-tax cost for shoppers using their Kroger cards was $3.89.

Either way … that’s well above the June national average.

FITS keeps an eye on rising prices and their broader impact on the consumer economy … coupling national data with our own anecdotal experiences as well as the experiences of you, our readers.

But the “price of a gallon of milk” is also very important in the context of politics – especially presidential politics.

During a 1992 debate with Democrat Bill Clinton and Reform Party nominee Ross Perot, “Republican” president George H.W. Bush was forced to admit he didn’t know the cost of a gallon of milk.  The media correctly pounced on the incumbent’s failure to answer the question as evidence he was out of touch with the people.

In 2007, “Republican” presidential candidate Rudy Giuliani told a reporter in Alabama that the cost of a gallon of milk was $1.50 – less than half its actual cost at the time.

In fact for those of you keeping score at home, here’s a look at milk prices over the last decade … 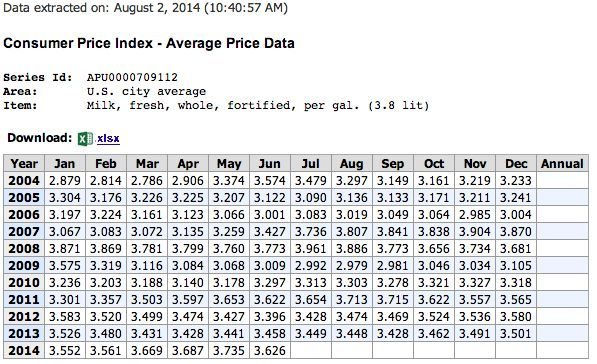 Commit those numbers to memory, candidates.

Case in point?  Scandal-scarred “Republican” Chris Christie – who somehow remains in contention for the 2016 GOP presidential nomination.  During a recent Christie campaign swing to early-voting New Hampshire, Heather Haddon of The Wall Street Journal  got this quote from a local political scientist …

You have to get out of the limousine and you have to go [to] people’s dining room tables and be able to take tough questions and know the price of a gallon of milk.

Of course if there’s any candidate who ought to know the cost of food items, it’s Christie.

UPDATE: If you’re running for office in Great Britain, it appears you’d better know the price of a pint of milk.