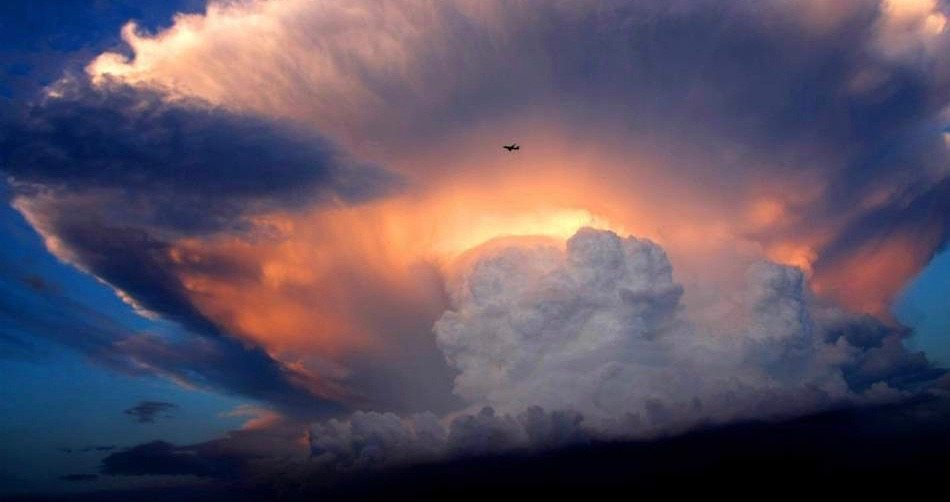 There’s a winner. And a loser. And an order of finish. And a lot of “butthurt” among supporters of the various candidates … not to mention a certain website (ahem) that got completely taken out by hackers during the week leading up to the election.

Such is the fallout from South Carolina’s 2016 “First in the South” presidential primary … possibly the last time the Palmetto State gets a shot at early-voting to elect the leader of the formerly free world (and definitely the last time if U.S. Senator Marco Rubio gets his way).

DONALD TRUMP had a “yuge” night in South Carolina. There’s no getting around it. Pummeled by a relentless barrage of negative attacks in the days leading up to the election, he held on to claim a double-digit victory in a state that no one could have possibly imagined would go his way a year ago. Trump also served notice on the national level – winning his second consecutive primary contest by a convincing margin over his nearest competitor. As our friends over at Market Research Foundation noted, Trump has demonstrated his “cross-sectional GOP support” – winning big in a centrist, more libertarian-leaning state like New Hampshire as well as a conservative, evangelical-heavy state like South Carolina. Other “Republican” candidates have boasted of being heirs to Ronald Reagan, but Trump is the one demonstrating the sort of broad appeal the former president embodied.

Indeed … Trump also cleaned up on the delegate count, capturing all fifty of South Carolina’s delegates to the 2016 GOP convention.

DEMOCRACY was alive and well in the Palmetto State on Saturday. A whopping 742,715 people turned out to vote in the “First in the South” primary – a 22.6 percent increase over 2012. What do we make of that surge in turnout? See the next “winner.”

ANTI-ESTABLISHMENT candidates did exceedingly well in this year’s “First in the South” showdown. In 2012, candidates with the support of the GOP establishment (a.k.a. everybody but Ron Paul) captured more than four-fifths of the vote. This year, Trump, U.S. Senator Ted Cruz and retired neurosurgeon Ben Carson combined to get 62 percent of the vote. That’s a script flip, people.

HENRY McMASTER … the South Carolina lieutenant governor has been repeatedly dogged out by this website for being stupid. In fact six years ago, when we did a list of the state’s most powerful politicians, we actually used a picture of a “box of rocks” for McMaster’s face. No one is laughing at McMaster now, though. His endorsement of Trump was a coup for “The Donald” – not to mention the first shot across the bow of the state’s old guard GOP, which had been expected to line up behind the candidacy of former Florida governor Jeb Bush. McMaster made a bold, unexpected move – repudiating his longtime political cronies in the process – and it paid off for him big time.

MARCO RUBIO (or the “Republican” robot controlling him) rallied in South Carolina after a dismal showing in New Hampshire. Already on the verge of overtaking Cruz for second place in South Carolina, three days before the election Rubio added S.C. governor Nikki Haley‘s status quo seal of approval to previous endorsements from U.S. Senator Tim Scott and U.S. Rep. Trey Gowdy. All that “new status quo” firepower – combined with a boatload of special interest cash – probably should have propelled Rubio to a more convincing second-place victory over Cruz, but as noted previously it’s not exactly an establishment GOP kind of year. Still, he emerges from South Carolina with only one more left-leaning “Republican” – Ohio governor John Kasich – left to vanquish.

ESTABLISHMENT REPUBLICANS, their consultants and their big-money donors got kicked squarely in the balls in South Carolina. Sure, their latest standard-bearer Rubio will claim “Marcomentum” heading into the rest of the “Republican” primary calendar, but remember – the Palmetto State was supposed to be the crown jewel of Rubio’s “3-2-1” early-state strategy. He was supposed to finish third in the Iowa Caucuses, second in New Hampshire and win in the “First in the South” primary. Instead he finished third, fifth and a distant second in those three states. And that’s the GOP’s “boy” moving forward.

Also, just look at the list of well-funded status quo “Republicans” who dropped out of the race before it even got to South Carolina – and the dollars they spent. We’re talking about Wisconsin governor Scott Walker ($32.4 million spent on his bid), New Jersey governor Chris Christie ($26.6 million), former Texas governor Rick Perry ($16.6 million), U.S. Senator Lindsey Graham of South Carolina ($14.7 million) and former Arkansas governor Mike Huckabee ($9.9 million), to name a few.

JEB BUSH was clearly the biggest loser in South Carolina – because he didn’t make it out. Bush suspended his presidential campaign less than two hours after the polls closed – en route to an anemic 7.84 percent fourth-place finish. Bush’s father won South Carolina in 1988 and again in 1992. His brother also won the state in 2000. South Carolina was supposed to be “Bush Country,” and a year ago Jeb! and his exclamation-point endowed candidacy were leading the pack. But then Trump happened – and the air completely deflated from the Bush balloon. Still, Jeb! entered South Carolina with the backing of home-state Senator Lindsey Graham, former U.S. ambassador David Wilkins (see below) and top Palmetto political strategist Richard Quinn (see below) He also campaigned with his brother, mother and other family members.

None of it mattered … nor did the millions of dollars spent by his campaign and the Right to Rise PAC. As of last week, Right to Rise had spent a whopping $95.7 promoting Bush and attacking his rivals.

Adding insult to injury? The fact that the Bushes got flat out punked in South Carolina by Nikki Haley …

TED CRUZ – the winner of the Iowa Caucuses – needed to do a lot better in South Carolina than a bronze medal. His Jesus-themed campaign was built from the ground up to compete in a state just like this – and coming on the heels of a better-than-expected third place showing in New Hampshire many thought he might even challenge Trump for the win. That clearly didn’t happen. Instead Cruz – who went on the attack against “The Donald” early and often in this race – coughed up a seven-point lead over Rubio during the final ten days of the campaign. As a result he wound up missing second place by a mere 1,068 votes (or 0.14 percent).

Amazing, isn’t it? Flip this razor-thin margin in the other direction and you’ve got quite a different national narrative coming out of the Palmetto State.

Cruz obviously still has the money and the manpower necessary to remain competitive over the remainder of the “Republican” primary season, but a third place finish in South Carolina was a major blow to his momentum.

LINDSEY GRAHAM – South Carolina’s senior United States Senator – suffered through the indignity of seeing his own presidential campaign turn into a national joke. This included the abject humiliation of having to drop out of the race while polling at less than two percent in his home state. Not long after his unceremonious exit, Graham endorsed Bush – a nod the former Florida governor hailed as a “very meaningful” endorsement that came with “a lot of friends and supporters of his.”

Graham’s candidacy froze a ton of institutional support in the Palmetto State early on in the race – support that wound up going to Bush in the end.

What was it worth? Nothing.

DAVID WILKINS is an immensely powerful insider lobbyist who previously served as Speaker of the S.C. House and U.S ambassador to Canada under George W. Bush. A major fundraiser, he’s been long-regarded as one of the most influential “kingmakers” in the socially conservative Upstate region of South Carolina.

Not anymore. Wilkins went “all in” for Bush – and lost big.

FITSNEWS.COM was primed for its biggest week of traffic ever as the “First in the South” primary approached. The national political circus was in town, and his irreverent, anti-establishment website – which boasts a large and loyal local audience – was poised to dominate the discussion. Then disaster struck – namely a massive, sophisticated cyberattack that left the website crippled for the vast majority of the week. FITS’ founding editor Will Folks did his best to put a good face on it – referring to the suspiciously-timed attack as a “badge of honor” pinned on him by his enemies. Perhaps it was. There can be no doubt it was a tremendous missed opportunity, though.

RICHARD QUINN is the last of the South Carolina mega-consultants, and the only GOP advisor who can honestly lay claim to still having an “empire” in the Palmetto State. Well guess what … it certainly appears as though the emperor has no clothes. Quinn took Graham from 15 percent to less than two percent in his own backyard – then aligned his forces with Bush down the homestretch.

Talk about going from one disaster to another …

The real damage to Quinn? The surprising defection of Henry McMaster to Trump’s campaign. Not only did the lieutenant governor’s bold move create an immediate problem for the “Quinndom,” its impact is likely to extend far beyond the “First in the South” primary.

MUSLIMS AND MEXICANS across America aren’t going to be remotely happy with the “First in the South” results. According to exit polling, a whopping 73 percent of South Carolinians said they agreed with Donald Trump’s proposal to temporarily ban Muslim immigration into America. There was also widespread support for Trump’s call to build a wall on the U.S.-Mexican border – and make Mexico pay for it.

Obviously not all of those South Carolina voters cast their ballots for Trump, but more than enough did to give him a comfortable margin of victory in the Palmetto State.

NIKKI HALEY should have been a clear “winner” coming out of this primary. After all, her candidate of choice managed to earn a second place finish after being left for dead just eleven days earlier – and she’s getting most of the credit for that in the national press.

Still, Haley’s late-in-the-game endorsement of Marco Rubio came at a time when his campaign was already on the verge of overtaking Ted Cruz for second place – giving it more of a “game-watching” than a “game-changing” feel. Also, Rubio barely won second place – by a little over a tenth of one percent – and actually fell short of both the final percentage and vote count posted by Haley’s 2012 candidate of choice, Mitt Romney.

In other words Haley’s endorsement probably wasn’t as big as it was billed.

That’s not her real problem, though …

Haley continues trying to make a name for herself on the national stage by bashing conservatives within her own party (i.e. the people who elected her governor in 2010). That’s all well and good assuming her endgame is more fawning coverage from the liberal Washington, D.C. media, but at some point Haley has to realize the walls are closing in on the GOP establishment.