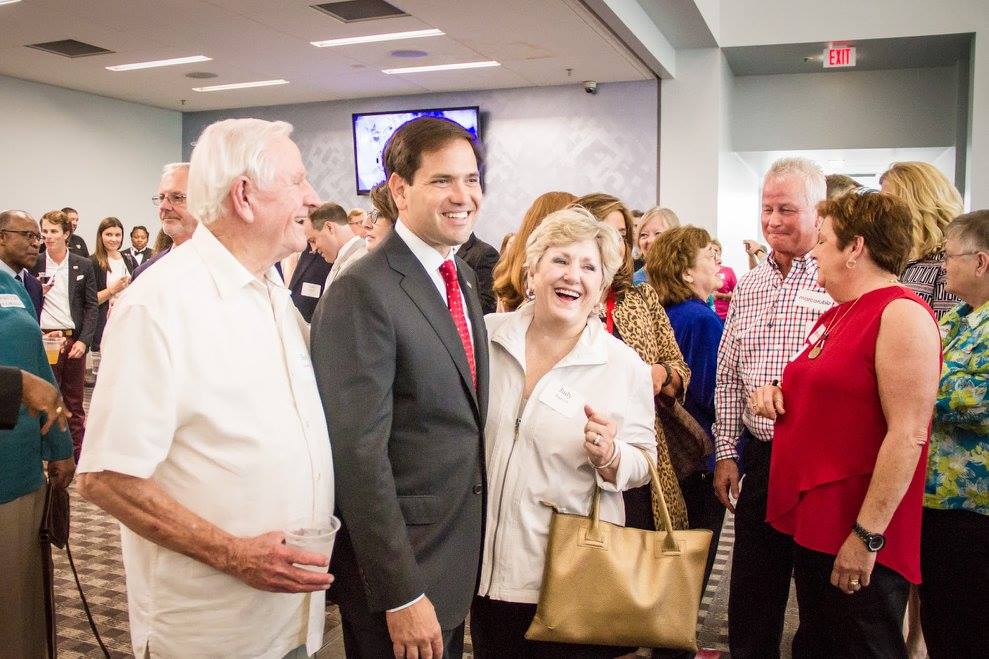 In case you missed it, South Carolina is on the verge of losing its “First in the South” presidential status … which would obviously be a major blow to a state that (prior to 2012) had correctly picked the “Republican” presidential nominee in every election dating back to 1980.

And while several candidates are working overtime to exploit the Palmetto State’s early voting position in 2016 (before it’s gone), one of those candidates has a history of actively opposing South Carolina’s spot on the GOP calendar …

We’re referring of course to U.S. Senator Marco Rubio of Florida, who led the charge to have the Sunshine State leapfrog the Palmetto State in the GOP primary schedule.

“I haven’t met anyone in Florida who is against the idea,” Rubio said back in 2006.

What makes Rubio’s opposition to South Carolina’s primary so ironic?  The extent to which he has made the Palmetto State his “go-to” in the 2016 primary battle.

“In the six years since launching his Florida Senate campaign, Rubio has become an adopted prince of South Carolina’s political royalty,” Tim Alberta of National Journal reported this spring.  “And not by chance. Rubio, whose national ambitions became apparent even before he was sworn into the Senate, quickly identified South Carolina as the home base for his eventual presidential effort, seeing this early-primary state as a more natural fit – culturally, ideologically, geographically – than either Iowa orNew Hampshire.”

“He has acted accordingly in the years since,” Alberta continued, “snatching up the state’s top talent for his political operation, cultivating personal relationships with influential people on the ground, and making repeated trips to keep tabs on his burgeoning circuit of supporters in the state.”

In other words Rubio was against “First in the South” status for South Carolina before he was for it … (and before he hired some of its most notorious political assassins).

South Carolina isn’t the only early primary Rubio has dissed, either.

“With all due respect to New Hampshire and Iowa, nowhere are you going to be on a national stage like Florida,” Rubio told theTampa Bay Times in 2007. “You’re going to get questions about Israel, Latin America, immigration.  It’s the old South, it’s Latin, it’s Midwestern, it’s rural and urban.”

Of course Rubio never sought to leapfrog those states …

South Carolina, though, always had a bulls-eye on its back – at least until Rubio needed its voters.  Even after the GOP vowed to strip Florida of half of its delegates for its efforts to climb the calendar, Rubio was still targeting the Palmetto State’s early-voting status.

Iowa and New Hampshire’s primary dates?  He respected those … but …

“After that it’s fair game,” he told the St. Petersburg Times.

Rubio is currently in third place in the Palmetto State – drawing eight percent of primary voters, according to the latest aggregate polling data from Real Clear Politics.