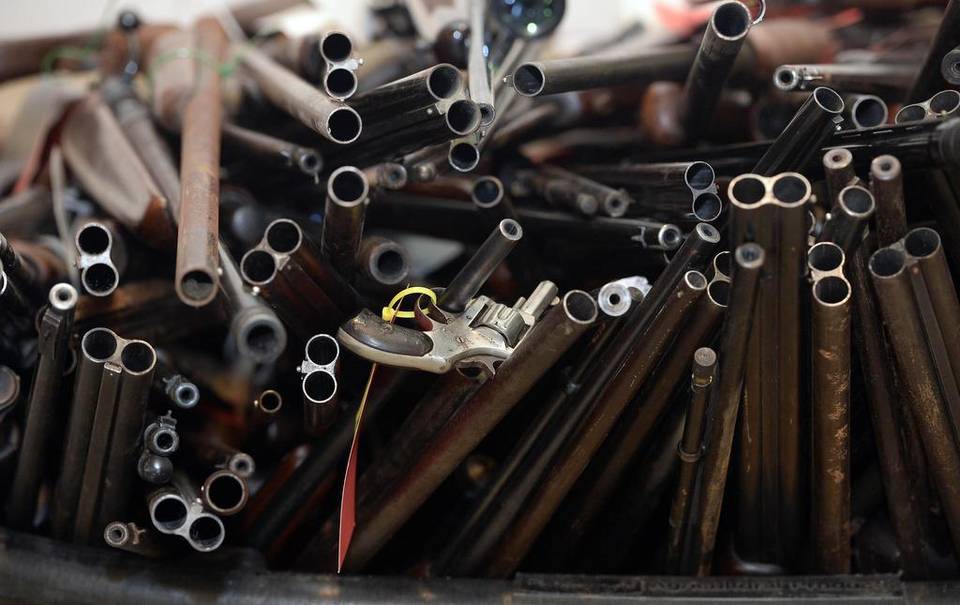 ANOTHER ASSAULT ON THE SECOND AMENDMENT IS UNDERWAY …

Three years ago (the last time U.S. president Barack Obama decided to declare a war on guns in America), Bill Wilson of the organization Americans for Limited Government penned a column addressing the heart of the administration’s efforts.

“This debate has nothing to do with stopping gun violence,” Wilson wrote. “Instead it’s about the political class in Washington chipping away at our ability to protect our families and preserve our property. Make no mistake: These proposed restrictions will do nothing to prevent future school shootings – or any other kind of shootings – but they will go a long way toward disarming law-abiding citizens.”

“That will lead to more, not less violence,” Wilson added.

If we’ve said it once, we’ve said it a million times: More guns = less crime.  The government’s own stats prove it.  But even if they didn’t, there’s still the matter of the U.S. Constitution – which expressly forbids government infringement on the right to bear arms.  That’s why we support civil disobedience of any gun law (federal, state or local) that so infringes …

This is, incidentally, at the heart of a state-level anti-gun push here in South Carolina.

“The president is a petulant child,” New Jersey Gov. Chris Christie told Fox News. “Whenever he doesn’t get what he wants … this president acts like a king.”

That’s true … although liberal “Republicans” (like Christie) usually let him.

GOP frontrunner Donald Trump – who has proposed a wide range of pro-Second Amendment policies – told a crowd in Mississippi over the weekend that he would revoke any anti-gun executive orders signed by Obama.

“We’re not changing the Second Amendment,” Trump said. “I will veto that. I will un-sign that so fast.”

Curiously, Obama’s intended executive actions aren’t just drawing fire from his GOP opponents.  Progressives on the other end of the political spectrum – including Elliott Fineman of the National Gun Victims Action Council, a leading anti-Second Amendment group – are similarly up in arms.

And yes, we released we just used two weapon-related expressions there … deal with it.

Fineman wrote that Obama “has decided to take meaningless executive actions that will do little, if anything, to curb gun violence.”

He also added that “the last 15 mass killers all passed their background checks.”

That’s true … government wanting to expand background checks in the aftermath of mass shootings is more than a little ironic in our opinion.

Here’s the bottom line: There is only one “gun control” law in America – the Second Amendment – and anything running counter to it at any level of government is prima facie unconstitutional.  Or ought to be.

That’s why we will continue to oppose Obama’s executive actions (as sweeping or as minuscule as they may be) along with any and all proposed anti-gun regulations being pushed here in the Palmetto State.  At any level.