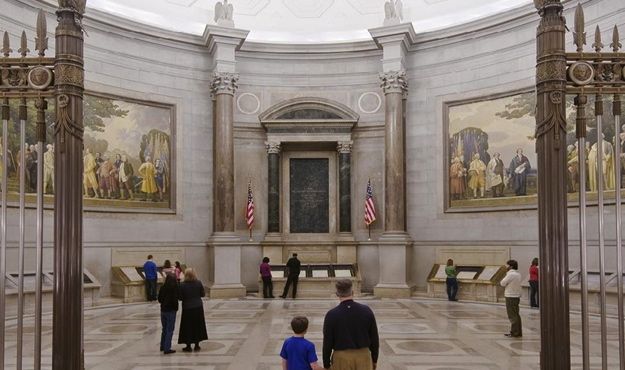 THERE IS ONLY ONE “GUN CONTROL” LAW YOU NEED TO FOLLOW

The Second Amendment to the United States Constitution provides American citizens with an unqualified, unambiguous right to keep and bear arms – one that the federal government (or any government, for that matter) is explicitly enjoined from infringing upon.

“The right of the people to keep and bear arms shall not be infringed,” it says.

If you don’t believe us, pay a visit to the National Archives in Washington, D.C. – where the U.S. Bill of Rights is on public display. In fact we should all pay a visit to our nation’s capital sooner rather than later – preferably as part of a “Million Gun March.”

Anyway, the beauty of the Second Amendment is the simple solution it provides those struggling with the “War on Guns” currently being waged by the administration of U.S. President Barack Obama. What “simple solution” are we referring to? Civil disobedience.

That’s right: To rid ourselves of the onus of Obama’s assault on the Second Amendment, every American should refuse to follow any legislation or “executive action” that violates this most sacred of all constitutionally guaranteed liberties.

Beyond that? If the Obama administration wants our guns, it can “take them.” Or try to. Because last time we checked, it lacks both the manpower (and the cajones) to pull off such a feat.