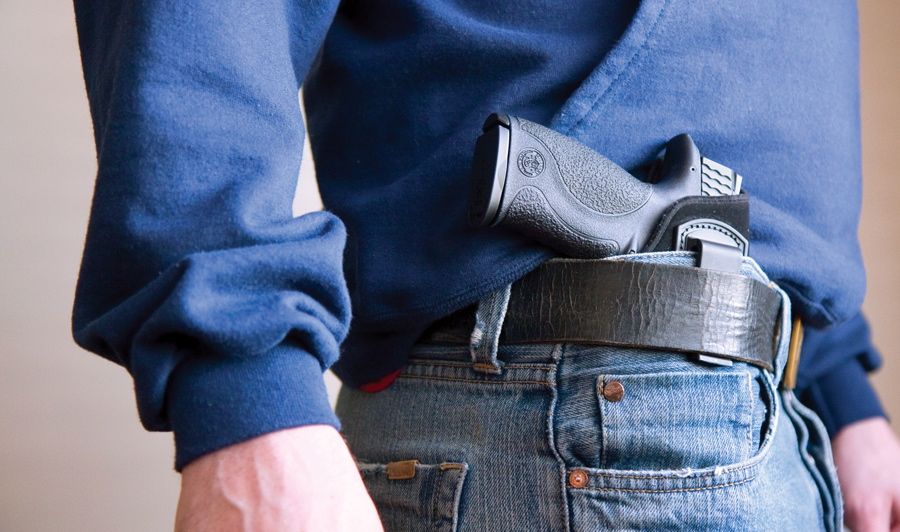 Several pieces of anti-Second Amendment legislation have been filed in “conservative” South Carolina in advance of the 2016 session of the S.C. General Assembly.

Among them? A controversial assault weapons ban sponsored in the S.C. House by Democrat Wendell Gilliard (H. 4440) – and in the State Senate by Marlon Kimpson (S. 939).  Both of those bills seek to reprise the federal government’s failed assault weapons ban – which expired in 2004.

Kimpson is sponsoring each of those pieces of legislation in the State Senate.  Various Democrats in the S.C. House are sponsoring the companion bills.

The S.C. Policy Council – a think tank located next to the state capital – signaled its opposition to these bills this week.

“Law abiding citizens shouldn’t be deprived of their right to defend themselves in pursuit of the unreachable goal of disarming criminals,” the organization noted in a review of the proposed legislation.  “Second, it’s worth noting that the most recent publicized mass shooting, the shooting in San Bernardino, occurred in a state where almost all of these proposed restrictions are already in place.”

We concur … in fact this website not only supports the Second Amendment, we have called for civil disobedience of any gun law (federal, state or local) infringing upon it.

Also, as we have repeatedly noted, there is a simple equation that the far left refuses to acknowledge every time it politicizes a mass shooting.  That equation?  More guns = less crime.

S.C. governor Nikki Haley has touted her love of guns – although her administration has been less than supportive of gun owners in practice.  Haley has also angered gun rights groups by supporting so-called “ethics reform” that would silence their First Amendment rights.