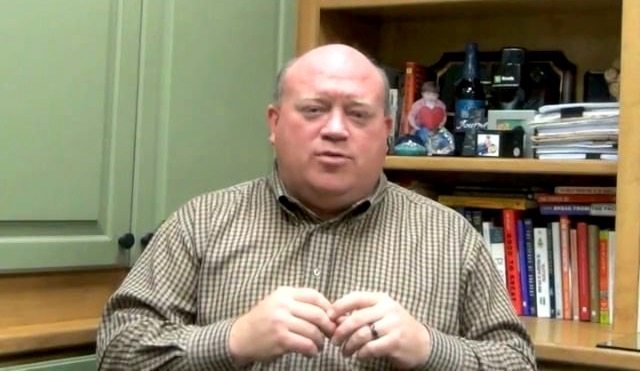 The last time S.C. governor Nikki Haley attempted to hand-pick her successor, things didn’t turn out so well.  The second-term executive – who is limited to eight years in office by the state constitution –  was shut down by the neo-Confederate consulting empire of Richard Quinn and Associates, which nominated a well-known former statewide official to challenge Haley’s choice for lieutenant governor.

The result?  A resounding victory for Henry McMaster (the ethically challenged “whites only” candidate put up by Quinn) and a stinging defeat for Pat McKinney – Haley’s candidate of choice.

McKinney got spanked – and neither he nor Haley were particularly pleased with the way things went down.

So apparently everybody kissed and made up …

Anyway, multiple sources inside Haley’s orbit tell us her “plan B” for a gubernatorial successor is Orangeburg, S.C. businessman Mikee Johnson (above).

Unknown to the general public – Johnson is a legend within the crony capitalist world of government-run “economic development.”  You know … the taxpayer-subsidized approach to creating jobs that produces taxpayer investments like this (and debt like this).

Johnson is the CEO and president of Cox Industries, a company which produces pressure-treated wood products for use in the construction industry.  He’s also currently serving as the chairman of the ultimate corporate crony organization – the S.C. Chamber of Commerce.

How close are he and Haley?  Extremely …

The governor appointed Johnson to lead the state’s Workforce Investment Board, and Johnson is also the vice chairman of her charitable organization – the Original Six Foundation.  Additionally, he was a key member of her 2014 campaign fundraising team.

Sources close to Johnson tell us he is committed to seeking the governor’s office in 2018.  In fact, they say he’s willing to self-fund his effort to the tune of $5 million.  Throw in the endorsement of a popular incumbent governor – which his backers say is a “done deal” in the event he runs – and that’s a candidacy others interested in this post can’t afford to ignore.

Obviously anyone who is serious about campaigning for this office had better start getting organized … quickly.  Filing for partisan primary races will open in two years.